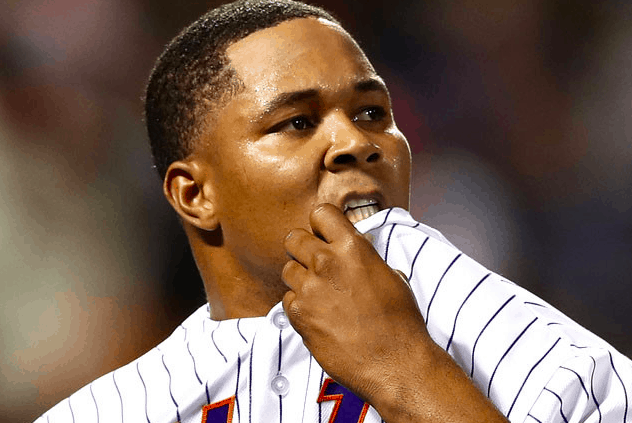 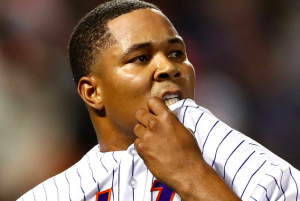 It took a while, but Major League Baseball has finally levied as suspension against New York Mets closer Jeurys Familia for his domestic violence arrest last October. On Wednesday, MLB announced that Familia has been suspended for the first 15 games of the 2017 season. The announcement comes two days after Familia left spring training in Florida and traveled to New York to meet with MLB Commissioner Rob Manfred. Familia is not expected to appeal the suspension.

For much of the offseason, the Mets were planning on Familia serving a much longer suspension, most likely 30 games. However, the case against him was light on concrete evidence. The charges against him for the alleged incident were dropped, as Familia’s wife, Bianca Rivas, the alleged victim, was adamant that the scratch on her face that gave police reason to arrest Familia on the night in question was actually caused by the couple’s infant son.

“Mr. Familia and his wife cooperated fully throughout the investigation, including submitting to in-person interviews with MLB’s Department of Investigations,” Manfred said in a statement. “The evidence reviewed by my office does not support a determination that Mr. Familia physically assaulted his wife, or threatened her or others with physical force or harm, on October 31, 2016. Nevertheless, I have concluded that Mr. Familia’s overall conduct that night was inappropriate, violated the Policy, and warrants discipline.”

Since the incident at the end of October, Familia has undergone 12 counseling sessions. Familia has also agreed to make an appearance at a domestic violence group in New York and speak to participants in MLB’s rookie program.

“With all that has been written and discussed regarding this matter, it is important that it be known that I never physically touched, harmed or threatened my wife that evening,” Familia said in a statement. “I did, however, act in an unacceptable manner and am terribly disappointed in myself. I am alone to blame for the problems of that evening.

“My wife and I cooperated fully with Major League Baseball’s investigation, and I’ve taken meaningful steps to assure that nothing like this will ever happen again. I have learned from this experience, and have grown as a husband, a father, and a man. I apologize to the Mets’ organization, my teammates, and all my fans. I look forward to rejoining the Mets and being part of another World Series run. Out of respect for my teammates and my family, I will have no further comment.”

Manfred has come down hard on MLB players accused of domestic violence, including Familia’s teammate with the Mets Jose Reyes and fellow closer Aroldis Chapman. However, after all that transpired after Familia’s arrest, the Commissioner had little choice but to show him leniency.

“It is clear that Mr. Familia regrets what transpired that night and takes full responsibility for his actions,” Manfred said. “Further, he has agreed to speak to other players about what he has learned through this process, and to donate time and money to local organizations aimed at the prevention of, and the treatment of victims of, domestic violence.”

On the baseball front, barring any cancellations Familia will be able to rejoin the Mets on April 20. Addison Reed, who posted a 1.97 ERA with the Mets last season, will take over the closer’s role while Familia is out. Hansel Robles, Fernando Salas, and Jerry Blevins will also help to pick up the slack. Losing Familia for 15 games obviously isn’t ideal for the Mets, but in the long run, they should be able to survive the first few weeks of the season without him.