"Mr. Price has been given the "Billy Walters treatment" by the betting establishments in the Las Vegas area, due to his distinct ability to pick winners and cost casinos millions."
Home
Football
Joey Bosa’s Agent Is Using Him To Bulk Up His Resume

Things like the mess going on with the San Diego Chargers and Joey Bosa are not supposed to happen anymore. With the rookie wage scale in place, most of the hard work is done. How much the player is going to make is pretty much set so it shouldn’t be that hard to for an agent and team to pound out the details and get it done.

But the San Diego Chargers and the No. 3 pick in the draft, former Ohio State defensive lineman Joey Bosa have been engaged in a lengthy contract standoff that does not appear as if it is going to end anytime soon—and there is no shortage of people willing to lay blame anywhere but where it actually belongs–with the agent. 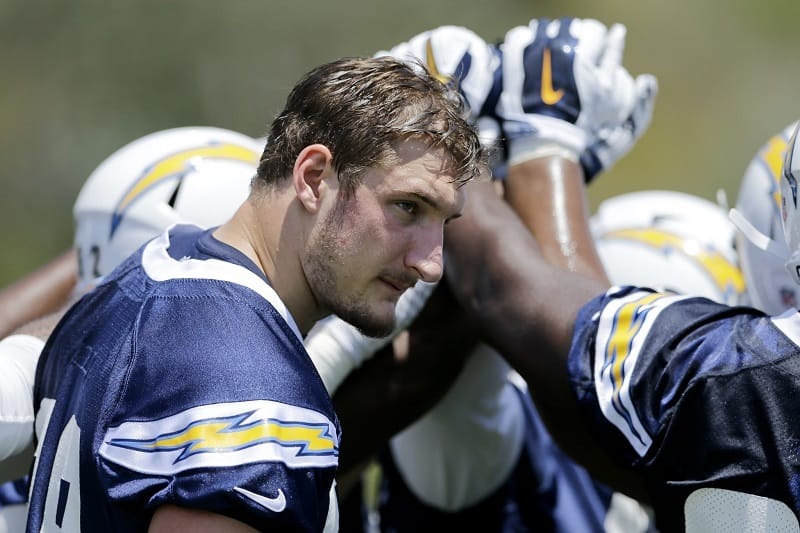 Many want to blame the Chargers because the team needs help on the defensive front, which is why they drafted. The Chargers defense ranked 31st against the run and 26th in adjusted sack rate last season. Over the last two seasons, they have made the second-fewest sacks (58) and hits on the quarterback (142).

With the stadium vote coming up, you would think they would want to be doing everything they can to appear to be trying to bring the fans a better team, but instead, they are arguing over a clause that is unlikely to be used and when to pay the man what they will eventually pay anyway.

Oh—and the team’s majority owner, Alex Spanos, has a net worth of $1.7 billion. So since he can afford to give Bosa all $17 million right now, he should just do it.

On Bosa’s side, it is all about being treated like the most recent No. 3 picks have been treated. They have not been forced to include offset language in their contracts and have a portion of their signing bonus deferred to a later date. The Chargers have insisted on both because that is how they have always done business, and when it comes down to it, the game of football in the NFL is all about business.

Both have good points, and to a degree, both are at fault. The real blame, however, lies with Bosa’s agent. Before you think “He’s just doing his job,” keep in mind that his job goes beyond just securing the most advantageous contract possible for his client. His job is to look after the best interest of his client—but is he?

Absolutely not. He is doing everything he can to prove what a beast he is to future clients.

During the offseason, the NFLPA thought about dropping the agent’s cut of a player’s contract from three percent down to 1.5. They decided not to but did include language in the standard player/agent agreement that made an agent’s base percentage 1.5 (PFT).

So if Bosa’s agent wants to continue to make his customary three percent, he has to convince Bosa he is worth it. By taking things with the Chargers as far as he has, he is setting himself up for the perfect argument to give every future client:

Look at what I was willing to do. Look at how hard I went to bat for my client. Look at how tough I was with the team even though they threatened to pull money off the table. I didn’t blink because “the man” doesn’t scare me and I do not quit.

I will not rest until I have you holding a Coke, wearing your own shoe, playing a Sega game *featuring you*, while singing your own song in a new commercial, *starring you*, broadcast during the Superbowl, in a game that you are winning, and I will not *sleep* until that happens. I’ll give you fifteen minutes to call me back.

The Chargers have made a reasonable offer ($14.5 million of signing bonus now, the rest in March, and offset language). Yes, another $2.5 million right now would be nice, but at this point, it is more important for Bosa to start doing his job.

If Bosa’s agent were taking care of his client, he would tell him to accept the last offer (which the Chargers would gladly put back on the table), and then show him the way to the locker room.