Johnny Manziel Has A Little Message For His Dad 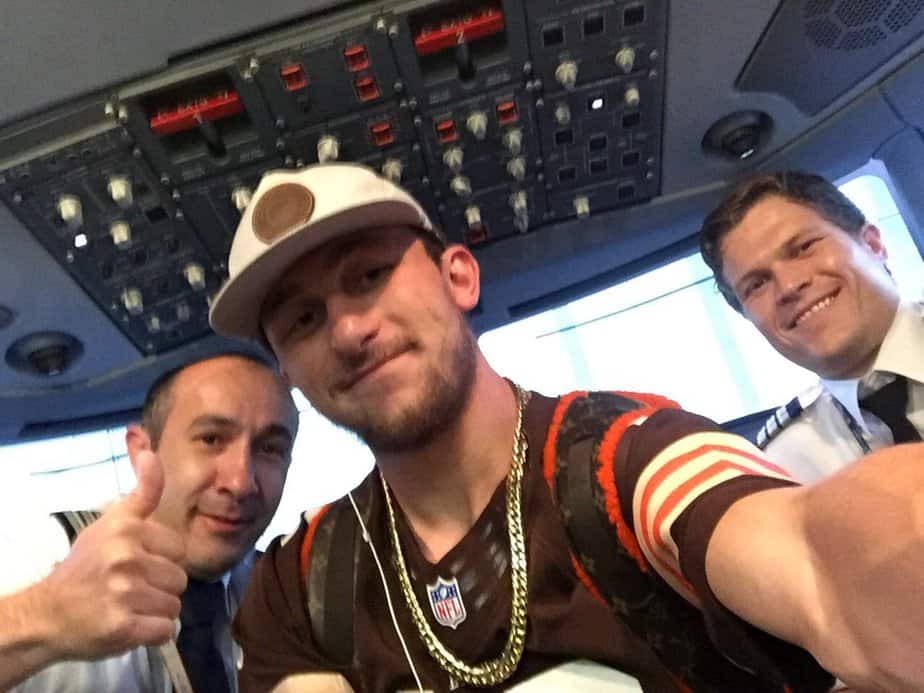 Former Cleveland Browns and Texas A&M quarterback Johnny Manziel has some issues. He talks like he wants to play in the NFL, but he does appear to be working too hard to get back on a roster. Responsibility does not seem to be something he adheres to and his work ethic is certainly lacking. How does someone so talented turn out this way?

If we want to understand why Johnny Manziel is the way he is, we don’t have to look far to find a reason. We just have to take a look at his dad, Paul.

Back during the height of his son’s fame in college he wanted to make sure everyone knew who he was by getting personalized license plates that read ‘JFF DAD.’ Yes, it was a popular nickname at the time, but you would think dear old dad could come up with something a little more appropriate. 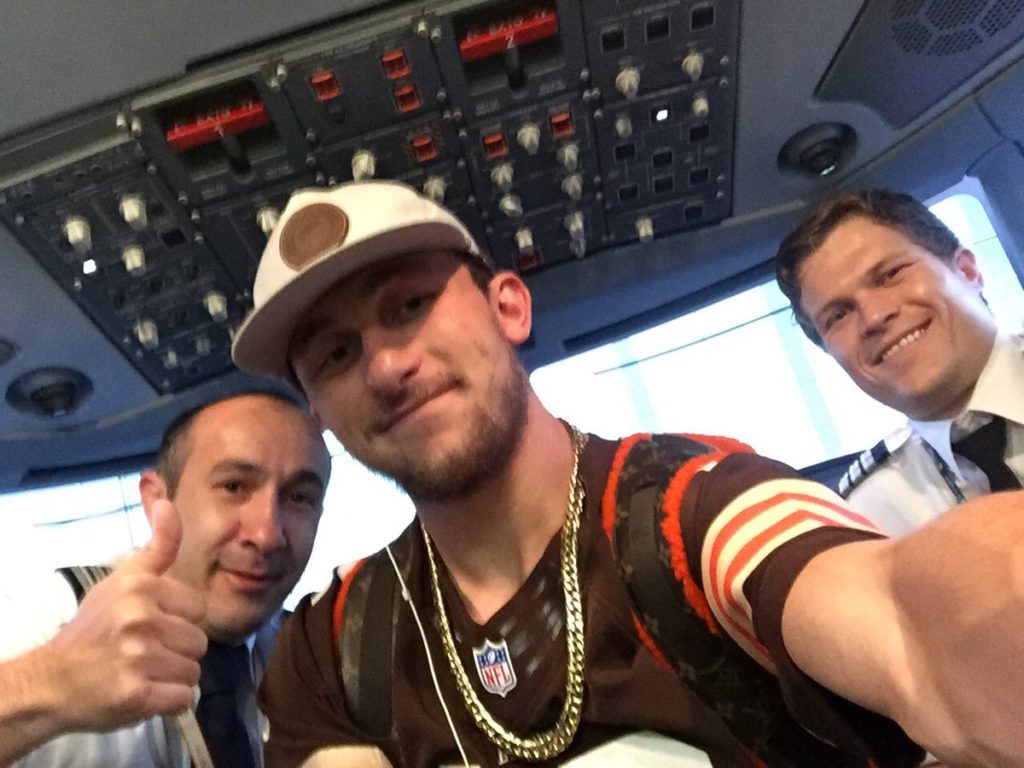 Luckily, is teenage daughter was able to talk him out of getting them.

That kind of inappropriate behavior was nothing new with Paul Manziel. In an ESPN the Magazine interview when his son was still in college, he talked about his son drinking beer several times; as if it was something Johnny did all the time. He also referred to his son’s anger issues. He essentially made his son out to be a ticking time bomb that drank too much and could explode at any moment.

“It could come unraveled. And when it does, it’s gonna be bad. Real bad… It’s one night away from the phone ringing, and he’s in jail.”

What kind of parent says these sorts of things about their 20-year old son? If he was so concerned, how come he didn’t do something about his son’s drinking a long time ago? Instead of talking about how much you hate to play golf with your son because he gets angry, you teach him a better way to handle it?

Why don’t you act like a parent and talk to your child? You certainly don’t give another interview and refer to your son as a ‘druggie’ and say that you hope he ends up in jail.

Maybe, at this point, he thinks it is too late to get through to his son, so he has to talk to the media and hope Johnny reads his words. Maybe, what he could do instead is try a little harder to communicate with Johnny rather than be the direct cause of his embarrassment.

What kind of parent gives up on his child? If your parents talked that way about you, how would you feel? How would you deal with the pain that kind of betrayal creates? Would you want to have a drink or two?

Maybe this is why Johnny Football is the way he is. The example of how a man should act that he grew up with is not a very good one. His dad apparently didn’t care that his underage son drank. When the going got tough, rather than give his son a shoulder to lean on he added to his stress.

If he tried to help his son, he hasn’t tried hard enough.

Recently, Johnny sent a message to dear old Dad. After hearing his dad talk bad about him, he took a picture of himself in Cabo San Lucas for the Fourth of July weekend and posted it to Instagram with the hashtag #HiDad.

Clearly, it was his way of telling Dad he heard what he said about him, but rather than take a direct jab at dear old dad–like Dad did him–he made one that was a little more subtle.