Josh Gordon Is Back And The Cleveland Browns Suddenly Become Interesting 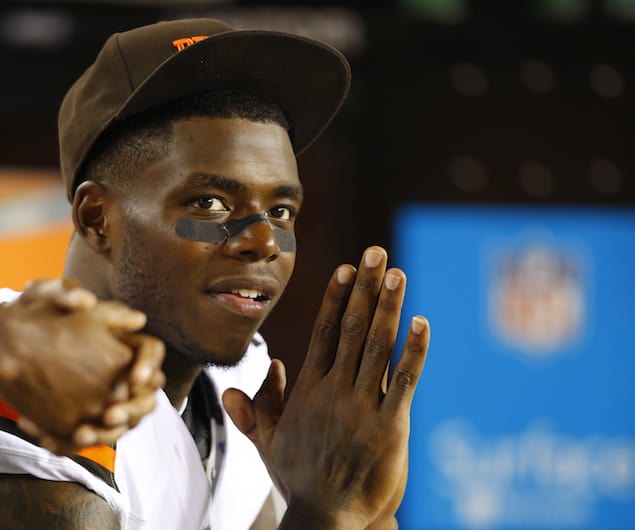 It has been a long time since there has been a reason to watch the Cleveland Browns. They have been the definition of underperforming players, poor drafting, poor management, and poor coaching. However, for once, the team may actually be worth watching this season—but not until October.

Why October? Because that is when the very talented, but often-suspended Josh Gordon can return to the field (NFL).

Gordon met with Roger Goodell on July 19 to talk about his possible reinstatement, and it appears that something of value must have come from their discussions. Gordon has officially been reinstated back into the league, but will have to serve a four-game suspension before he can play. He will, however, be able to take part during training camp.

After a college career filled with drug-related issues, Gordon’s pro career has been filled with much of the same. He was suspended for two games during the 2013 season, ten in 2014, and then for all of last season due to numerous violations. He was able to apply for reinstatement in April, but a diluted sample tested positive for marijuana.

It wouldn’t have been enough to get him suspended, but since he already was, it was sufficient to keep him from getting back in the game. To do so he would need to go at least 60-90 days without testing positive.

He must have towed the line because he is finally back. Now if he can stay clean, we may finally get a chance to see how good he and the Browns can be. His return to action will end up being a little overshadowed by another player’s return—New England Patriots quarterback Tom Brady.

Brady will be coming off his four-game suspension for Deflategate. So the football-loving free world will be watching. Talk about the perfect platform for the Browns to show off their potential. If the talent they have on the roster plays as they can, the Browns could be fun to watch.

Much of their success will rest on whether Robert Griffin III can find his game again. Should the guy that won Offensive Rookie of the Year in 2012 reappear, the Browns could finally have some talent at quarterback. Helping him look good will be a talented speedster in second-year running back Duke Johnson and rookie wide receiver Corey Coleman.

He’ll have those guys to start the season along with tight end Gary Barnidge. That group alone should help make the Browns interesting, but when they add Josh Gordon to the mix, they will be even better.

Of course, usually, a suspended player’s return does not matter much right out of the gate since suspended players have to stay away from their team. However, that will not be the case with Gordon this time. According to Gordon’s agent (per Adam Schefter):

“The last few times Josh was suspended, he couldn’t be with team, and that was counterproductive,” Gordon’s agent Drew Rosenhaus said today. “This is a great change, the fact that he can stay with the team during the suspension. Commissioner Goodell believes the ability for Josh to work with the team during his suspension will help him. He went outside the norm in this case.”

So when Gordon steps onto the field in Week Five he should be ready to go. How crazy will it be if Josh Gordon and the Browns actually beat Tom Brady and the Patriots?