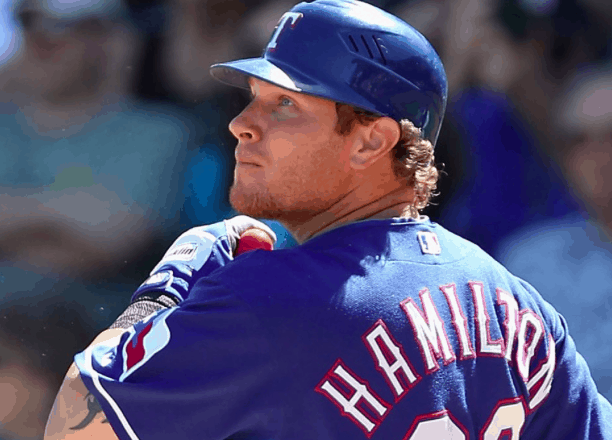 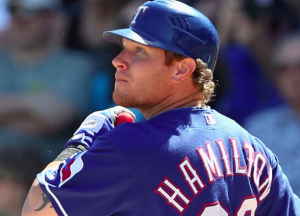 It was a rather nervous time for Texas Rangers slugger Josh Hamilton after he left camp on Tuesday upon feeling a “sharp pain” in his surgically-repaired knee. Hamilton is trying to earn a spot in the majors after undergoing knee surgery last summer, and a serious setback could have derailed his chances to make the team and possibly meant an end to his big league career. Fortunately for Hamilton, after a trip to see the doctor who repaired his ACL last June, he is back in camp and hoping to resume baseball activities within the next few days.

An MRI of Hamilton’s knee showed no structural damage, indicating the discomfort in his knee is nothing serious. On Wednesday, he received an injection of platelet-rich plasma in his knee to help ease the pain. Hamilton was back with the Rangers on Thursday with plans to spend the next few days riding a stationary bike before returning to the batting cage, possibly as soon as Monday.

“I call this ‘getting the kinks out,'” Hamilton said Thursday. “After battling with my knee so long the last couple of years, this is a little tiny blip in the big scheme of things. My confidence hasn’t wavered any. I’m still focused on being here and being a part of this team this year. I’m not in any hurry right now. It’s really early in camp, and I’m totally at peace with what’s going on right now.”

Hamilton admits that the pain he felt in his knee on Tuesday was worrisome. “It was enough to tell me to stop doing what I was doing,” he explains. “Pain got worse and worse standing there. I decided to come in and talk to the training staff. By the time I left, it was even worse.”

However, he says that the injection has already made a difference. More importantly, he says that his goal of making the opening day roster hasn’t changed, even with a setback that will keep him out of spring training games for the time being.

“My ultimate goal is to break camp and be there,” Hamilton said. “That’s still my main focus. But with any player coming into camp, if you feel something early and try to push through it, it’s going to last longer. I probably should feel stressed or a sense of urgency, but I don’t.”

Whether he plays this year or not, Hamilton is set to make $24 million in 2017, with $22 million coming from the Angels. He’s in the final year of a five-year, $125 million deal he signed with the Angels following the 2012 season. Nevertheless, Hamilton is still acting like he has something to prove, as he’s technically in camp on a minor league contract.

With his knees being an issue, Hamilton is hoping to earn playing time as both a DH and as a first baseman this year. However, with the Rangers signing of Mike Napoli earlier this month, Hamilton making the opening day roster became more complicated, as first base is now spoken for. The Rangers also have several internal candidates who could get at bats as a DH.

But if he can stay healthy following this setback, Hamilton has a chance to be with the Rangers on opening day if he proves he can still hit. After everything he’s been through in his career, Hamilton remains an intriguing player and someone to watch closely for the remainder of spring training, as this could be his land stand in the majors.