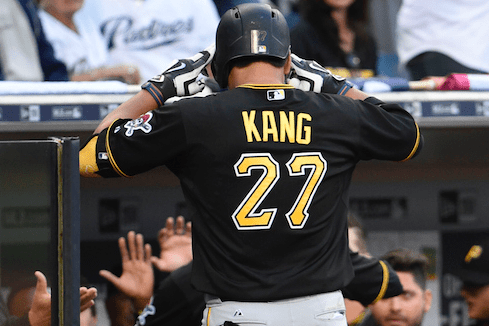 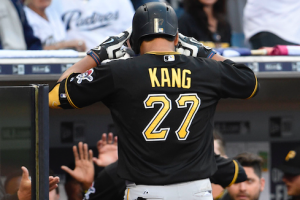 Pittsburgh Pirates infielder Jung Ho Kang has been denied a work visa to enter the United States, according to unconfirmed reports out of Kang’s native South Korea. Without a work visa, Kang will not be able to play with the Pirates this season. Kang being denied a visa is fallout from a DUI arrest in Korea last December. He recently received an 8-month prison sentence from a Korean court for the DUI, but because Kang was given a suspended sentence, he was able to avoid jail time, opening the door for him to join the Pirates, pending his ability to get a work visa.

The Korean report that states Kang has been denied a visa also included the revelation that Kang may have a DUI in a country other than Korea or the United States. When Kang was arrested over the winter, it was revealed that he had two previous DUIs in Korea, one in 2009 and one in 2011. The Pirates have stated they did not know about Kang’s DUIs when they signed him to a four-year contract prior to the 2015 season. If the report of a DUI in a third country is true, it further complicates Kang’s ability to be granted a visa.

The Pirates have yet to confirm the Korean report that Kang hasn’t been granted a work visa. The club put Kang on the restricted list earlier this month, indicating that he would not make it back in time for opening day. On Thursday, GM Neal Huntington said that Kang getting back for the start of the season was “unrealistic.” However, Huntington was still of the belief that Kang would return at some point and become Pittsburgh’s primary third baseman this season.

“We remain optimistic we’re going to get him here hopefully sooner than later,” Huntington said Thursday. “Now the challenge is, if we don’t, if it takes some time. We’ve built this club and feel good about the guys we have here.”

What was once thought to be a temporary solution at the start of the season may now be Pittsburgh’s permanent solution if Kang is ruled out for the entire season. David Freese is expected to be the team’s top option at third base this season. Freese hit .270 with a .764 OPS in 2016, becoming a steady contributor to the Pirates. However, the Pirates were only expecting Freese to be a part-time player this year. In addition to playing some third base, the Pirates were also planning on using Freese to potentially share duties at first base with rookie Josh Bell, who has struggled against lefties in his brief big league career.

Kang’s absence will also open the door for Phil Gosselin to make Pittsburgh’s opening day roster and get more at-bats than expected. Gosselin can play all four infield positions, which could make him a key part of the team’s bench with Kang unavailable and Freese playing full time.

Undoubtedly, the loss of Kang for the entire 2017 season, assuming that ends up being the case, is a huge blow to the Pirates. He was arguably the team’s most productive player last season and would have continued to be a big part of Pittsburgh’s lineup again in 2017.

To their credit, the Pirates have prepared well for the absence of Kang, with the likes of Freese, Gosselin, and Josh Harrison capable of filling the void. However, it’s hard to deny that Kang’s absence being permanent rather than temporary will make things more difficult for the Pirates this season.