Jurickson Profar Has Given Texas Rangers A Difficult Decision 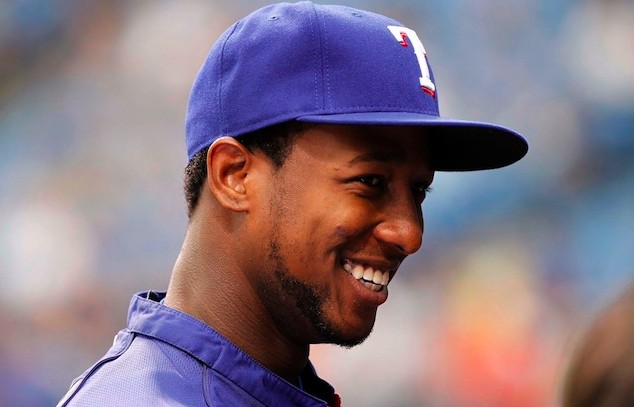 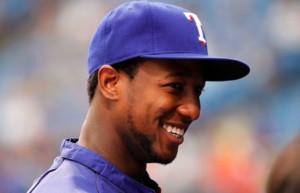 The seven-game suspension of second baseman Rougned Odor for punching Toronto outfielder Jose Bautista allowed the Texas Rangers to give a seven-game audition to Jurickson Profar, who has long been one of the most talented and promising young players in baseball. Profar has taken that opportunity and run with it, and with Odor eligible to return from his suspension Saturday, the Rangers have a difficult decision to make about Profar’s future.

Profar has started the last seven games at second base for the Rangers, hitting .364 with two home runs and posting an OPS of 1.000, doing so from the leadoff spot, which has been held by Odor for most of the season. Obviously, the phrase “small sample size” applies to Profar’s outstanding week in the big leagues, but what he’s done over the last seven games can’t be ignored, and considering his immense talent and high upside, the Rangers have to consider the fact that Profar may finally be coming around and is ready to be a full-time major league player.

The Rangers have been playing short handed while Odor has been out, so they can add him back to the active roster Saturday without taking anyone off the roster. However, with Odor coming back from suspension, Texas will have a rather crowded – one might say overcrowded – middle infield. Both Odor and Elvis Andrus have played well this season, so there’s not a pressing need to make a change, and with the Rangers in first place, obviously what they’re doing this season is working. If the Rangers plan to keep Profar around after what he’s done the past week, it may be difficult to find adequate playing time for Odor, Andrus, and Profar.

After Friday’s game, in which Profar went 2 for 5 with a home run, Texas manager Jeff Banister admitted the tough spot the organization is in regarding their young, rising star. “What he’s done for us in the absence of Odor has been exceptional: how he’s handled it, the production, the defense. He’s making a real strong argument for himself,” Banister said.

Third baseman Adrian Beltre echoed that sentiment. “Unbelievable. Better than we expected,” said Beltre regarding Profar’s performance over the past week. “We know that he can play, but he’s playing better than anybody expected – defensively and offensively.”

One issue that could become a deciding factor for the Rangers is the amount of time Profar has missed due to injury over the past couple of years. Not only does the team want him to receive regular at bats, but after all that missed time Profar could potentially benefit from more minor league seasoning, despite his impressive performance over the past week. Of course, the Rangers could also send a message to Odor about his behavior by having Profar take his spot even after he returns from suspension.

Texas is in no rush to make a decision, but trying to split time among three middle infielders isn’t likely to be a long-term solution, especially for a team with high aspirations this season. At some point, the Rangers will have to decide whether they want Profar to play every day in Arlington or every day at triple-A Round Rock. Right now it seems like the only thing the Rangers know for sure is that Profar has not made the decision easy for them.