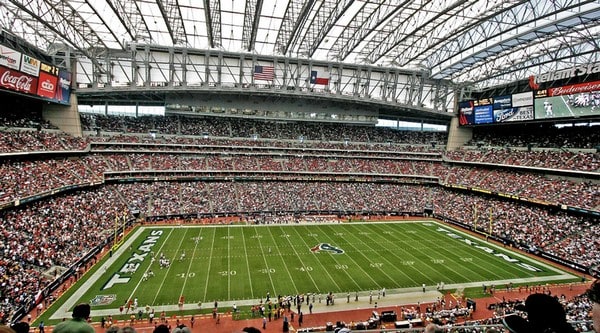 The 2016 NFL season’s opening week is in the books, which means it’s time to look at Week 2’s picks against the spread. Early on Sunday afternoon, we have a tough game to call between two 1-0 teams: the Kansas City Chiefs and Houston Texans. Who has the best odds in this one?

The Chiefs and Texans are both playoff teams from a year ago, and got off to impressive starts in 2016. KC had an incredible comeback over the San Diego Chargers — outscoring them 30-6 in the second half and overtime — while Houston shutout the Chicago Bears over the final two quarters of their contest.

What those performances showed is that these two defenses haven’t missed a step since last year, as they carried their teams to winning records in 2015. During that season, these two squads were top-10 units on that side of the ball, and were even the best defenses at stopping teams on third down.

Ultimately, this game will come down to who takes care of the football better.

The turnover battle is generally a great decider in football games — this is well known. So who has the edge in this matchup?

In 2015, the Chiefs were second in the league in turnover margin at +14. While the Texans weren’t bad by any means, they were tied for 10th with +5.

But, things have changed for Houston’s offense. After a carousel of quarterbacks a season ago, Brock Osweiler has, of course, been brought in as the new starter. Against the Bears, Osweiler played a solid game; after throwing an interception on the first drive of the game, he went on to throw two touchdowns, complete nearly two-thirds of his attempts and, most importantly, took care of the football the rest of the game. That said, the Chiefs have a better defense than the Bears at this juncture, with or without Justin Houston.

That’s where the Chiefs have the advantage in this game. Osweiler may have played well in his debut, but he’s still only entering his ninth start in the league. Playing against a stiffer defense that excels against the run may make things harder for Osweiler, as he is willing to force some throws in the face of pressure.

One reason why the Texans were able to get things going offensively in Week 1 was because of a strong presence on the ground with Lamar Miller. He racked up 106 yards on 28 carries, and was able to help get them a number of shorter second- and third-down plays. If the Chiefs limit his effectiveness, it’ll force Osweiler to make even more tough throws, which will undoubtedly play in their favor, especially with playmakers like Eric Berry and Marcus Peters in the secondary.

In this one, Houston is the favorite, but not even Vegas is giving them the standard three-point edge at home. Kansas City is one of the most solid teams in the NFL, especially when it comes to the turnover margin, and if they hold true to that in this one, then an upset alert is definitely on the mend.

Bets to Make: take the points in this one. It’s a tight spread as Houston only needs to win by a field goal, but the Chiefs have a phenomenal shot at winning outright. As for the over-under, take the over. Yes, both defenses are excellent, but good defense leads to scoring opportunities.