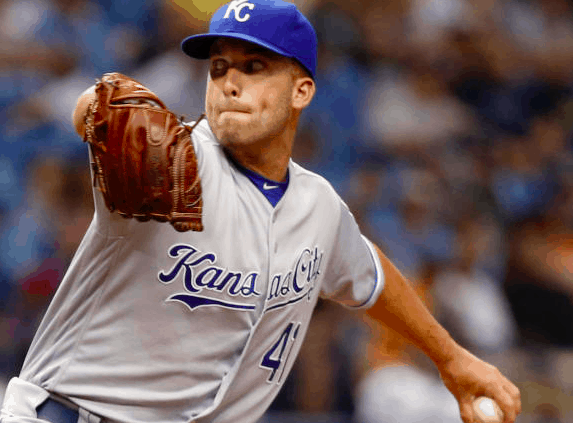 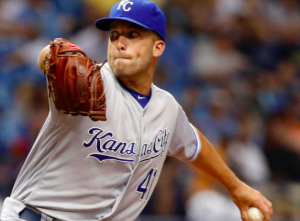 The Kansas City Royals announced Monday that they have signed starting pitcher Danny Duffy to a five-year extension worth $65 million. The deal comes as the southpaw is about to enter his final year of arbitration, and ensures that he will remain in Kansas City through the 2021 season. Duffy and the Royals began discussing a deal early in the offseason, but talks didn’t intensify until recently with the sides hoping to complete the deal before the start of spring training.

“We’re very excited to have Danny Duffy with us for the next five years,” Kansas City GM Dayton Moore said Monday. “The fact that he’s left-handed makes him more special and separates him even more. He’s the kind of pitcher we all envision.”

Duffy emerged as the ace of Kansas City’s pitching staff last season, winning a career-high 12 games and posting a 3.51 ERA, making 26 starts after beginning the season in the bullpen. That performance encouraged the Royals to lock him up long term. “He has begun to separate himself among the top left-handers in the game,” Moore said. “As I said, very excited to know he’ll be a Royal for quite some time.”

As part of the deal, Duffy will make $5 million in 2017, saving the Royals some money this season, as he was seeking $8 million in arbitration. Duffy will make $14 million in 2018 and then $15.25 million in each of the next three seasons. He’s slated to reach free agency following the 2021 season. However, it should be noted that the deal lacks a no-trade clause, and so it’s at least possible that the Royals could trade him at some point, although that obviously isn’t part of the plan at the moment.

The signing of Duffy represents an effort by the Royals to keep the core of their team together as best as possible. Of course, it’s a difficult balancing act for a small-market club that has seen quite a few impact players come up through their farm system but doesn’t have the payroll to lock all of them up for the long term.

“We’ll try to sign as many of our young guys as we can to long-term contracts. We won’t be able to sign them all,” Moore explains. “That’s something we’ll have to figure out, and I’m accountable for figuring that out. But I want to make it very clear, from the first day I took this job, we always tried to put the best team we could on the field each and every night.”

Duffy joins a list of players that includes Yordano Ventura, Salvador Perez, and Alex Gordon who the Royals have signed to extensions to keep them in Kansas City long term. The hope is that signing such players to long-term deals will help the Royals reload rather than rebuild when circumstances force them to part ways with some of their other core players.

With Duffy, who has already undergone and come back from Tommy John surgery, the hope is that he will help to stabilize the top of Kansas City’s rotation for years to come, especially with Ventura and Ian Kennedy also locked up for the foreseeable future. Obviously, there’s always some level of risk when signing a pitcher to a long-term, big-money contract. But if Duffy wants to remain in Kansas City during the prime of his career, it’s a risk well worth taking for the Royals.