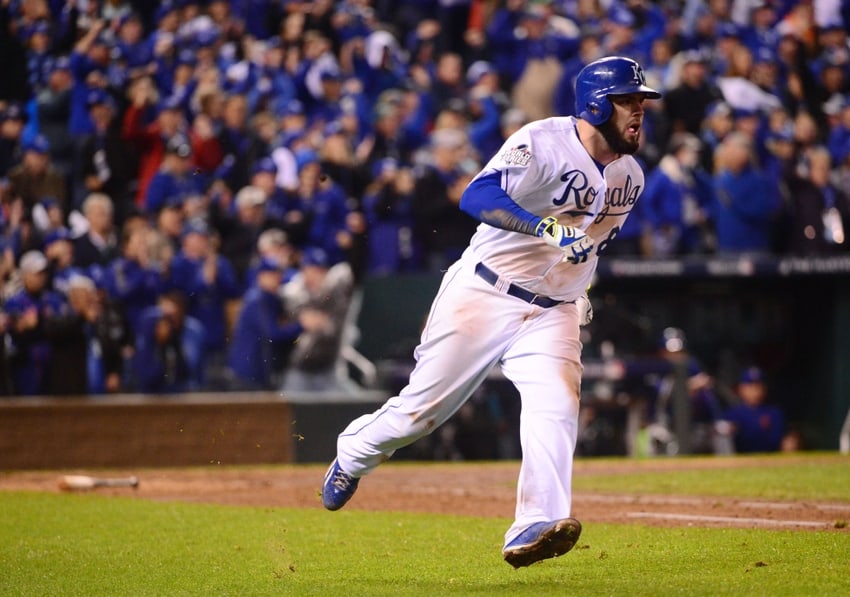 Royals close out their 4 game series with the Yankees

The Royals traveled to New York on Monday to start a four game series with the 11-18 Yankees. They’ve since dropped the first two games of the series, with the third game being played Wednesday, and game four on Thursday.

The Royals have struggled on the road this season, currently sitting at a 6-12 record, while the Yankees are 9-8 at home after adding the first two games of the series to the win column. Kansas City is in the middle of a 3 game slide entering Wednesday game 3 matchup with right handed pitcher Yordano Ventura on the mound against New York’s Michael Pineda.

For Thursday’s matchup, which will conclude the four game series between the two teams, the Yankees will be sending right hander Nathan Eovaldi to the mound where he’ll meet Royals’ right hander, Ian Kennedy. Kennedy has won 2 of his last 3 starts for Kansas City and will look to help his team leave New York on a winning note, but they’ll have their work cutout for them as Eovaldi has also won 2 of his last 3 starts, with the third being a no decision, and he’s allowed a total of only 3 runs in those two wins. In his lone career start versus the Kansas City Royals, Eovaldi is 1-0 with an ERA of 1.29.

The Yankees lineup has started to awake over the last few games, and they’ll look to keep the momentum as they try to fight their way back into the discussion of the AL East in the early-going of the 2016 MLB season.