Saturday’s game between two of college basketball’s blue-bloods, the Kansas Jayhawks, and Kentucky Wildcats, saw both teams enter the game in the same position—looking to bounce back from a loss. Both teams lost on Tuesday, Kentucky to Tennessee by two (82-80) and Kansas to West Virginia by 16 (85-69).

There are few things more dangerous in college basketball than a very good team wanting to do whatever it can to avoid a losing streak—and Kansas and Kentucky are two of the game’s best.

So—who came out the winner? 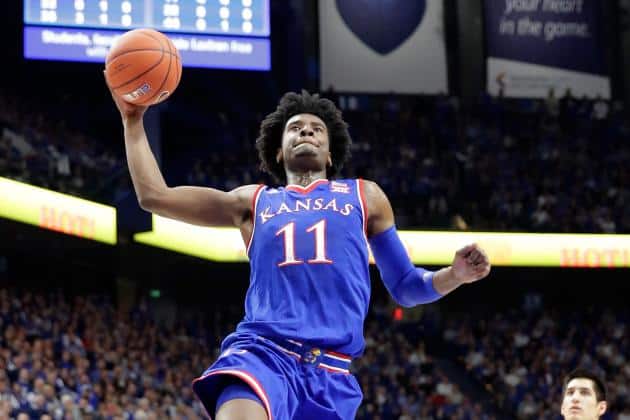 During the first half, things certainly went Kentucky’s way starting with the fans setting a new Guinness World Record for the loudest indoor crowd roar ever (126 dB). The home team certainly gave the fans plenty to cheer about as they led by as much as 12-points in the first half. They only took a five-point lead at halftime, but they held the potent Kansas offense to just 27 points and scoreless from behind the arc.

But the three-point drought ended with the first shot of the second half, courtesy of Kansas freshman Josh Jackson who quickly followed it up with another to give Kansas its first lead since the early minutes of the game.

“I find making 3s gets kind of contagious,” Jackson said after the game. “I think it kind of opened it up for us a little bit.”

Kentucky ended up quickly taking the lead back, but the game remained relatively close until an 11-0 run put Kansas up by ten, 69-59, with 4:41 to go. Kentucky was able to close the gap to five points quickly and got within four, 77-73, but with 22 seconds to play the game was pretty much decided.

Sviatoslav Mykhailiuk made a pair of free throws for Kansas to end the scoring and make the final score, 79-73 for the Jayhawks.

“I thought this could get ugly really fast,” Kansas head coach Bill Self said after the game. “The key part of the game for us was the last five minutes to get it to five (32-27) at halftime. … Then Josh’s two 3s to start the second half took the lid off, and we were pretty good after that.”

Kentucky shot well hitting 47.3 percent from the floor and 40 percent from three-point range, but the turnovers ended up doing them in. They had 17 on the night which Kansas was able to turn into 21 points. Ten of them came during that dreadful stretch late in the first half that allowed the Jayhawks to narrow the gap.

“Kansas’ experience showed,” Kentucky guard Isaiah Briscoe said. “They were down and kept fighting. I give them credit, but a lot of that is on us.” 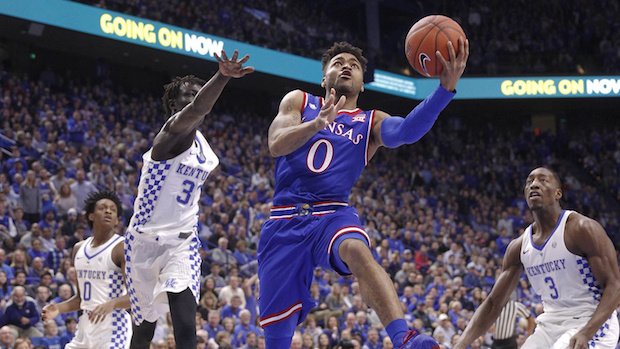 With the win, the loss earlier in the week shouldn’t cause Kansas to fall too far in the next polls. Kentucky, however, will see a significant drop after losing two in a row.

The Wildcats will have to wait until Tuesday to get back on the right side of the scoreboard when they face Georgia. Kansas will have a bigger challenge with a visit from Baylor up next on Wednesday.