Kevin Durant Is Joining The Golden State Warriors—But For How Long?

The rumor mill had it wrong this time. According to it, the Oklahoma City Thunder were going to retain the services of Kevin Durant. Then again, the rumor did say there was a 90 percent chance he would be returning to the Thunder. So there was a small chance that he would not be returning to OKC.

As it turns out, he is not. 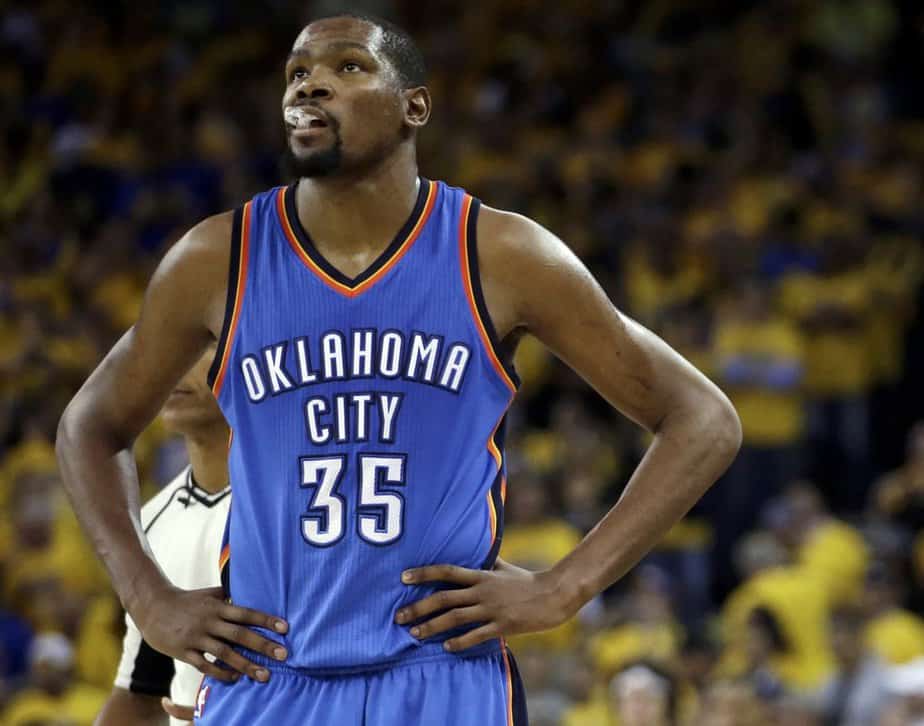 After meetings with the Thunder, Golden State Warriors, San Antonio Spurs, Boston Celtics, Miami Heat, and Los Angeles Clippers in the first few days of free agency, he said he would not make the teams and fans wait long for a decision.

He announced it Monday in a post on The Player’s Tribune:

The primary mandate I had for myself in making this decision was to have it based on the potential for my growth as a player — as that has always steered me in the right direction. But I am also at a point in my life where it is of equal importance to find an opportunity that encourages my evolution as a man: moving out of my comfort zone to a new city and community which offers the greatest potential for my contribution and personal growth.

With this in mind, I have decided that I am going to join the Golden State Warriors.

The decision sent shockwaves throughout the NBA community. Many applauded him for the move while just as many chastised him for it. Some called him a hypocrite since he appeared to criticize LeBron James in a tweet when he left Cleveland for the Miami Heat.

Durant applauded James for returning to Cleveland, and hinted at what was going to drive him when it came time for him to make a free agency choice:

The fallout is going to affect more than just Durant, his new team, and his former team. Golden State will need to make room under the salary cap so they will likely renounce their rights to Harrison Barnes and Festus Ezeli. Barnes is already expected to sign with the Dallas Mavericks. It appears that he will be able to join another former Warrior, Andrew Bogut (who the Warriors have traded to Dallas).

Russell Westbrook’s future becomes a huge question mark now. Oklahoma City will probably try to extend him this summer, but if they can’t, it would not be surprising to see them trade him. Better to get something for him than to let him walk in free agency next summer.

While Westbrook’s future is now in question, Durant’s is still just as big. He is only signing a two-year contract with Golden State for $54.3 million. Durant can opt out of the deal after next season and reenter free agency. He will in order to take full advantage of the salary cap going up again, but if it doesn’t work out as well as hoped in Golden State he could easily switch teams again.

What if he doesn’t gel with the Warriors’ core of Curry, Klay Thompson, Draymond Green, and Andre Iguodala? Golden State will also have to be concerned with retaining its other unrestricted free agents next offseason–Steph Curry, Andre Iguodala, and Shawn Livingston.

Most expected Durant to resign with the Thunder for next season and then decide whether he wants to leave next offseason should Russell Westbrook choose to skip town. However, leaving now is a much better decision. Should the grass be greener in California, then he stays, but if it isn’t and Westbrook resigns with the Thunder, he can opt out of his deal and go back to Oklahoma City.

There are all sorts of circumstances that could cause him to go through the whole free agency song and dance all over again. One of the other teams he met with could become more attractive–or maybe he ends up missing Oklahoma City. He could very well rejoin the Thunder—or maybe he pulls a DeAndre Jordan and never leaves in the first place…