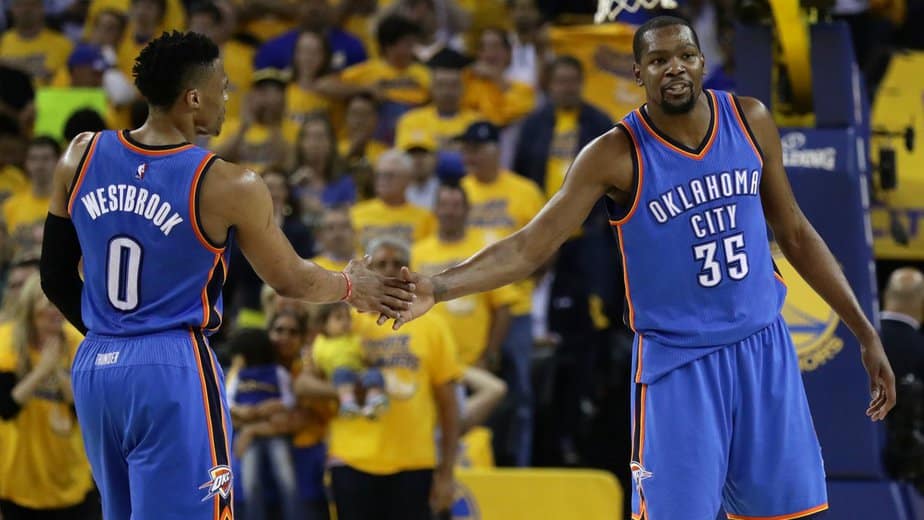 Few expected Kevin Durant to leave the Oklahoma City Thunder for the simple reason that he could make so much more with the Thunder then he could any other team. For that reason alone, many were surprised when he announced he was signing with the Golden State Warriors. But not everyone is in it for the money.

He wants to get paid, of course, but he has already made a lot of money and will only make a couple million less with Golden State next season than he would have with the Thunder. When you are already filthy rich what’s another couple million? 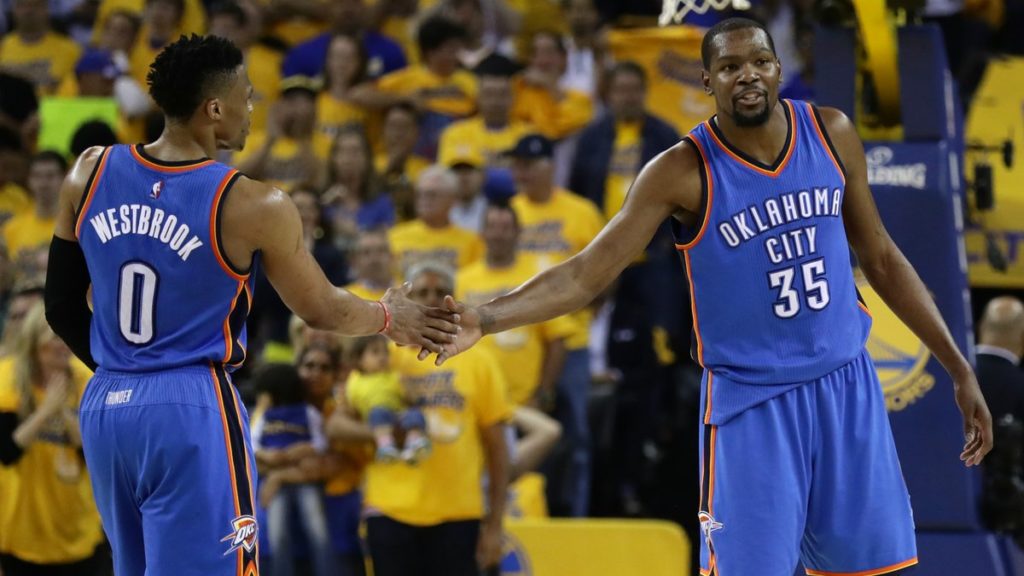 So with the Warriors he gives up a couple million, but picks up a much higher chance of winning his first title—and not just because he is playing on one of the best teams in recent history.

He got rid of the dreaded Based God Curse.

Rapper Lil B, who is from the Bay Area and a bi Warriors fan, announced on Twitter that he has lifted the curse since Durant is joining the Warriors:

“The BasedGod” wants to speak,As life unravels and superstars make decisions that change lifes, welcome home KD the curse is lifted – Lil B

Don’t scoff too loudly. Anger the Based God by not taking him seriously and you may be next. He predicted the Thunder would lose the Conference Finals when they had a 3-1 series lead and look what happened:

And they said the curse was not real ” The BasedGod” has never lied to me and like he told us.. The Warriors are going to the finals – Lil B

Respect to everyone who believed in ” The BasedGod ” he said the Warriors would win the series, down 3-1 ” The BasedGod” does not lie – Lil B

Lil B had stated he would lift the curse if Durant signed with the Knicks, but appears to be satisfied with him joining the Warriors:

“The BasedGod” wants to speak,As life unravels and superstars make decisions that change lifes, welcome home KD the curse is lifted – Lil B

However, while Durant did get rid of the dreaded curse finally (hopefully he will not call Lil B ‘whack’ and get it put back on) he picked up something most would call worse than any old curse—an incredibly high tax rate.

How high? The state tax rate in California is 13.3 percent. Sports Illustrated crunched the numbers and figured out how much he could make if he signed with the Warriors or Clippers, Spurs, Heat, Celtics or stayed with the Thunder:

They factored in the $30 million he’ll get from Nike, deducted his agent’s cut, and federal taxes along with the state taxes. Next year, he stands to take home $26.72 million from the NBA and Nike while living in California.

So if you had a choice and you were Kevin Durant what would it be—Based God Curse or lose half your salary to taxes?