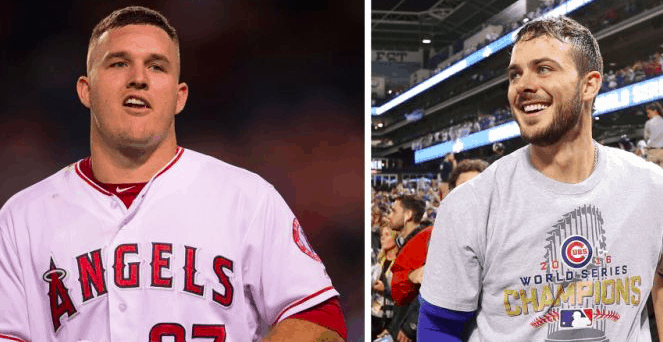 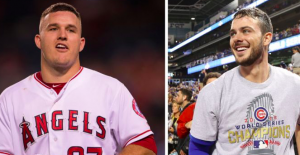 The most important MLB award of the season was announced Thursday night. Mike Trout of the Los Angeles Angels won Most Valuable Player in the American League, while Kris Bryant of the Chicago Cubs was given the award in the National League.

Despite playing on a team that finished 14 games under .500 and 21 games out of first place in 2016, Trout was named MVP for the second time. He also won the award in 2014. He becomes just the sixth player to win multiple MVP awards before turning 26. Trout is also a five-time all-star at an exceptionally young age.

On the season, Trout hit .315 with 29 home runs and 100 RBIs. He also stole 30 bases, coming up one home run shy of his second appearance in the 30-30 club. Trout also led the majors in on-base percentage, runs scored, and wins above replacement.

“Ever since I was a kid I wanted to be the best player in everything I did, didn’t matter what sport,” Trout said in an interview after being announced as MVP. “But obviously, you work hard just to be in the conversation.There are a lot of great players across the country, across the world, that you’re playing against each and every day. (You) put your mindset to that, just to work hard and be the best.”

Mookie Betts of the Red Sox finished second in A.L. MVP voting, while Jose Altuve of the Astros finished third. Betts was second only to Trout in wins above replacement in the majors this year. Altuve led the American League in hits and won the A.L. batting title for the second time in three years.

Bryant hit .292 with 39 home runs and 102 RBIs, while helping the Cubs to their first World Series championship since 1908. He was also the only National League player to rank among the top-10 in wins above replacement. Bryant is the eighth member of the Cubs to win MVP, and the first to do so since Sammy Sosa in 1998.

“This year has certainly been one of the best years of my life,” said Bryant after receiving the award. “I mean, winning a World Series, now this. It’s just icing on the cake.”