It has been considered a given for weeks. In the hours or days following the end of Super Bowl LI Sunday night, the San Francisco 49ers are going to hire Atlanta Falcons offensive coordinator Kyle Shanahan to be their next head coach. But they may want to think twice about that if there is any truth to the latest rumor. It appears that Shanahan may be thinking about bringing Atlanta’s current No. 2 quarterback, 35-year old Matt Schaub, with him as a potential starter.

Not for the long-term, of course, but as a placeholder until the team acquires their next franchise quarterback. This only matters if Colin Kaepernick opts out of his contract as reports have indicated. Not that Kaepernick would be starting next year even if he did remain in San Francisco. He played well at times, but his game was too inconsistent and not even close to being worth what he was paid. 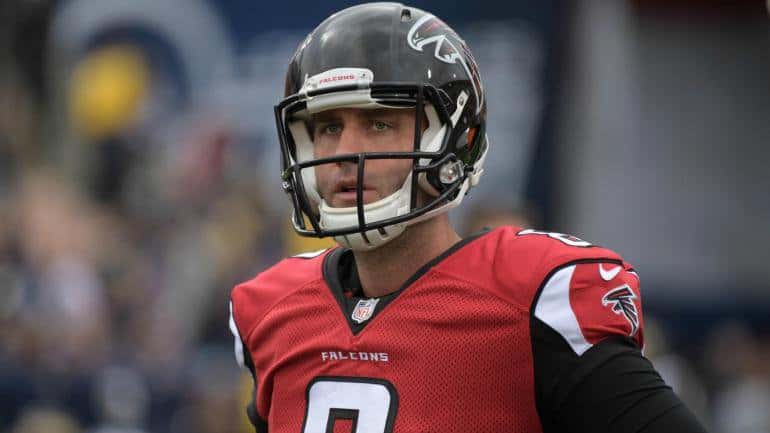 So—whether Kaepernick leaves or not, the 49ers are going to need a new starting quarterback next year. The problem is, however, that they need a lot more than just a starting quarterback. Carlos Hyde is probably the only guy whose job is secure. They need to upgrade the offensive line and wide receivers. The defense was atrocious, especially against the run.

With the No. 2 pick in the draft they can certainly obtain a player that can satisfy one of their many needs—but how do they decide which needs to be filled via the draft and which can be filled through free agency?

That is one of the first questions Shanahan will need to answer after he officially has the job.

Bringing in a veteran quarterback this season would certainly give the 49ers an opportunity to satisfy another need with their first-round pick. CBSSports.com has Stanford defensive tackle Jonathan Allen listed as the No. 2 prospect in the draft. Yes, the 49ers are desperately in need of better quarterback play, but more so than they need to stop the run?

That is one of the many questions Kyle Shanahan and John Lynch will have to answer before the draft.

If they do go with someone other than a quarterback with their first-round pick, they could always pick someone up in the second round or one of the middle rounds (Davis Webb wouldn’t be a bad guy to take a flier on). Should that be the path they take, they are definitely going to want a veteran on the roster to fill the role until that guy is deemed ready.

You wouldn’t want a veteran, 35-year old players, like Matt Schaub or anyone else, to do much more than keeping the spot warm for someone. Rumors have Shanahan interested in Kirk Cousins, but there is no way the Redskins let him get away. Jimmy Garappolo’s name has been tossed around as well, but he’s as much of an unknown as a draft pick would be. Besides—Tom Brady’s protégé’s haven’t exactly done well once they left New England. 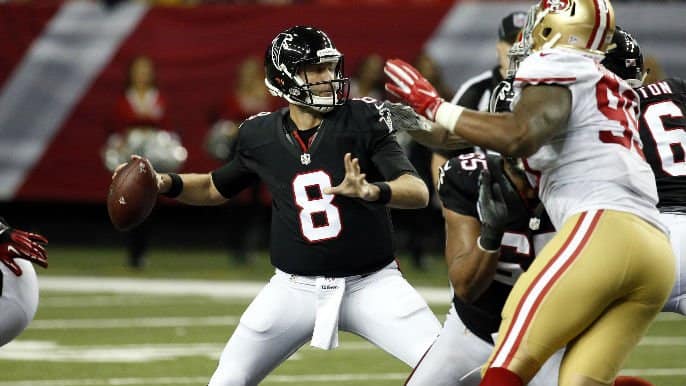 Schaub is familiar with Shanahan’s system. He will not need time to learn it or get up to speed. But does Shanahan really want to do that to the fans in San Francisco? A new head coach is supposed to bring hope and confidence for the future. If he comes in talking about playing Schaub next season, fans will still have hope, but confidence—no way.

Who is going to want to throw down the money season tickets cost to see a team led by Matt Schaub?

To be fair, Schaub has played well under Shanahan in the past, but that was a long time ago. Schaub has not played much since he left Houston, but he stunk in his final year with the Texans (2013) and he hasn’t played well since. So why on Earth would anyone think he is going to play well now? Especially on a team with as many needs as the 49ers?