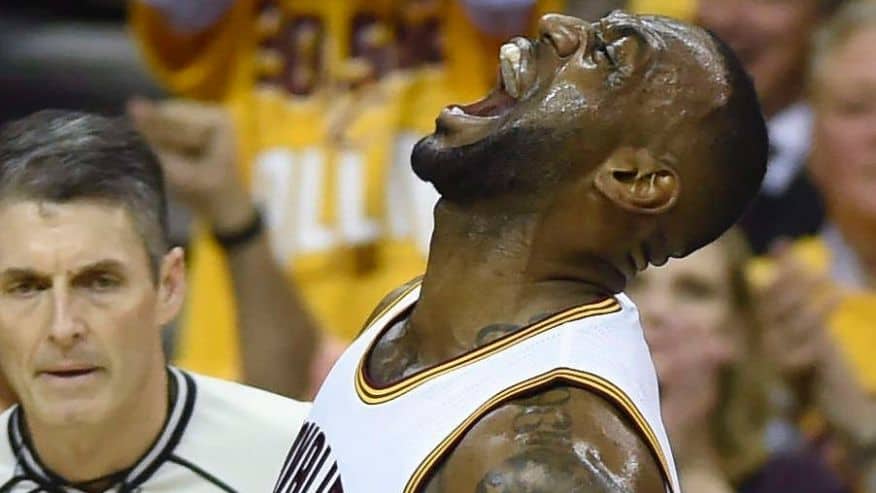 It has rarely happened in the history of professional sports, but it could very well happen once again on Sunday. Should the Golden State Warriors manage to pull out a win on their home court in Game Seven Sunday, it is entirely possible that the MVP of the series will not come from the winning team.

There is a good chance that LeBron James could be named the MVP of the Series.

Before you scoff at the notion, it has happened before. Back in 1969, the Los Angeles Lakers lost the NBA Finals to the Boston Celtics in seven games but saw one of their own named MVP, Jerry West.

To be fair, West had an incredible Series averaging 37.9 points, 4.7 rebounds, and 7.4 assists a game. He averaged more than double of the second highest scorer on his own team and nearly ten points higher than the Celtics top scorer, John Havlicek (28.3 points).

Why wasn’t Havlicek the MVP? Well—looking at the stats from the series, one can surmise that it was because while he had a few stellar games, there were others that were not so great; more team driven wins. West practically willed the series to seven games on his own, and nearly pulled out the win with a 42-point effort in Game Seven.

To be fair, the performance James has put on has not been nearly as commanding as the one Jerry West put on. Yes, he is leading the Finals (for both teams; not just Cleveland) in scoring, rebounds, assists, steals, and blocks but there is no way the Cavaliers are even in a position to win without the rest of the team.

The Cavaliers defense has frustrated the Warriors in each of the six games so far; James certainly isn’t entirely responsible for that. Kyrie Irving hasn’t been fantastic in every game, but the Cavs wins are just as much credit to his play as that of James. Tristan Thompson and his double-double (10.5 points and 11.3 rebounds a game) have been invaluable as well.

After four games and with his team down 3-1, James was by no means playing like a guy worthy of being named the MVP.  However, after back to back 41-point efforts in Game Five and Six where his defense was as valuable as his offense, he should absolutely be the front runner.

Yes, even if the Golden State Warriors end up winning.

There is not a single player on the Warriors roster that has made a significant contribution to every game. There certainly isn’t a single player that can be given credit for leading the way in the games the Warriors have won. Shawn Livingston led the way off the bench in Game One. In Game Two, Draymond Green was the driving force behind the win. In Game Four’s win, it was Steph Curry with a 38-point game.

So why shouldn’t Steph Curry get it if the Warriors win? Well—beyond his 38 points in Game Four he has not played well throughout the series. If not him, then why not Andre Iguodala, Draymond Green, or Klay Thompson?

Andre Iguodala was under consideration when it looked like his defense was slowing down LeBron James, but Games Five and Six put an end to his candidacy. Draymond Green’s candidacy could have survived missing Game Five had he played well in Game Six but he didn’t. Klay Thompson has had some good games, but he’s had some bad ones as well.

Golden State simply hasn’t had a single guy play like someone worthy of being named MVP.

Should Steph Curry have the kind of game that turned him into a household name in Game Seven and the Warriors win, it would not be shocking to see him be named MVP. However, if he has another sub-par effort and James turns in another great one, he will be the obvious choice.