LeBron James Says He Will Remain In Cleveland 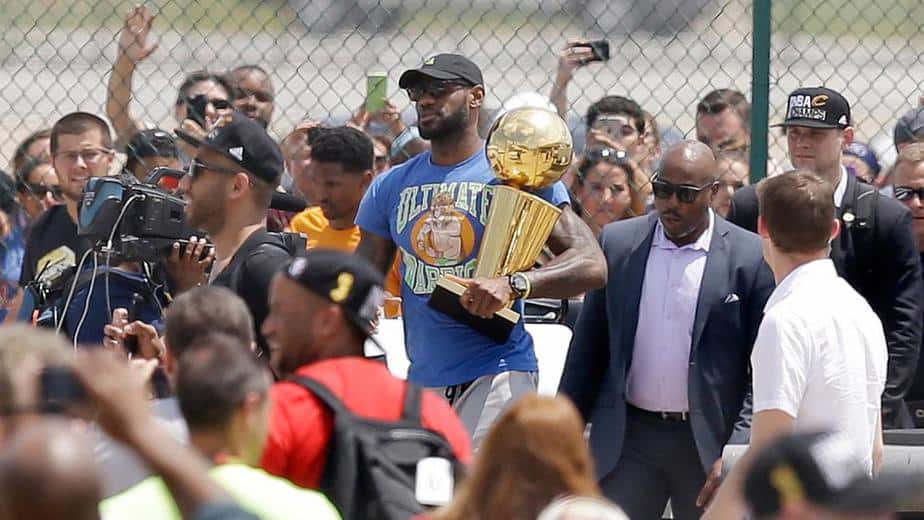 It took over half a century, but it finally happened. The City of Cleveland can now claim to be the home of a champion, the NBA’s Cleveland Cavaliers. The city had hoped for one when native son LeBron James first joined the Cavaliers back in 2003, but then he left—and they cursed him.

But then he came back in 2014 and everyone (at least everyone in Cleveland) loved him again. He promised to do whatever he could to bring the city a title, and he has followed through on that pledge. 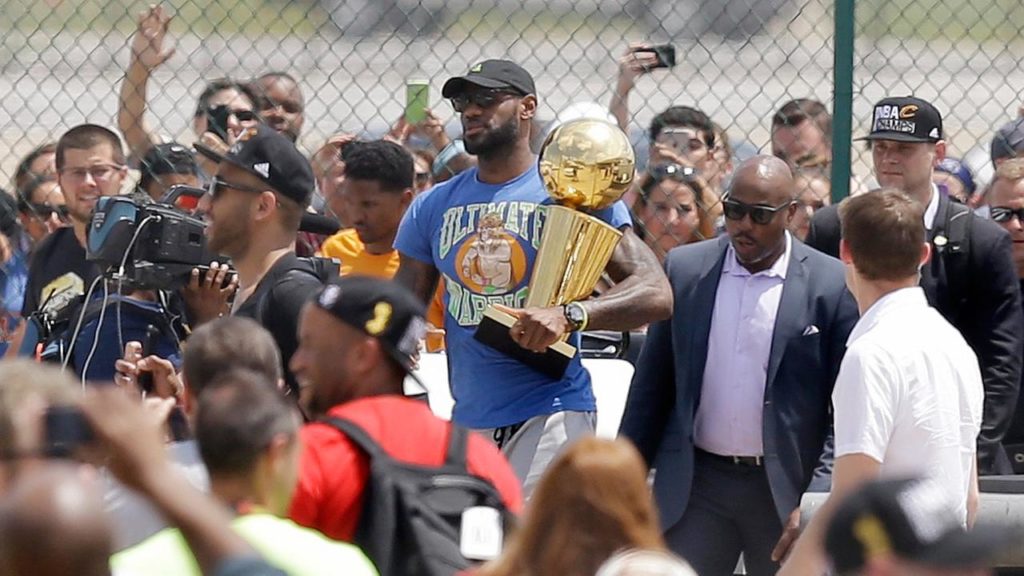 He has been working on a two-year deal with the ability to opt out of the second year and become a free agent. He did it last year, and he will do it again this year. While it does afford him the option of signing with anyone, the intent was to allow his yearly salary to be as high as possible.

With the salary cap on the rise thanks to the NBA’s media contracts, the value of a ‘max’ deal has been going up each year. So by signing a new contract each year, his salary can go up along with it.

But that does not mean there isn’t going to be speculation about him possibly changing teams. He’s fulfilled his promise, so he is no longer obligated to remain in Cleveland.

Why not go back to sunny South Beach in Miami? Why not take his talents to the West Coast (and conference) by signing with the Los Angeles Lakers? His endorsement potential would certainly be higher in Los Angeles, and it would be easier for his movie career to flourish.

As the NBA Finals came to a close, the rumor mill began speculating on LeBron James’s future. Miami was supposedly under consideration as was Los Angeles. If other teams got any indication he was seriously considering a move, more offers would likely come in.

But no one actually believes he is going anywhere—and why would he? He just became the most beloved person in the Midwest. He could stink for the rest of his career and people in Cleveland would still love him.

As it turns out, he is not going anywhere:

“I love it here in Cleveland. I have no intentions of leaving,” James told ESPN’s Dave McMenamin during the Cavaliers’ championship parade via Cleveland.com. “There are some technicalities to take care of I’ll leave up to my agent. That’s right from the horse’s mouth.”

“This is the happiest time in my life right now,” James said.

The only question now will be whether he signs a long-term deal or sticks with his year to year plan for the near future. The salary cap is set to go up to $94 million next season and $107 million for the next. Then it remains relatively unchanged for a few seasons.

It would make sense for him to go with another two-year deal with an opt-out clause this year and then sign a long-term deal before the 2017-18 season. He could also go with a similar deal next year and keep his options open.

Only time will tell.