Legacy On The Line For LeBron James In Game Two? 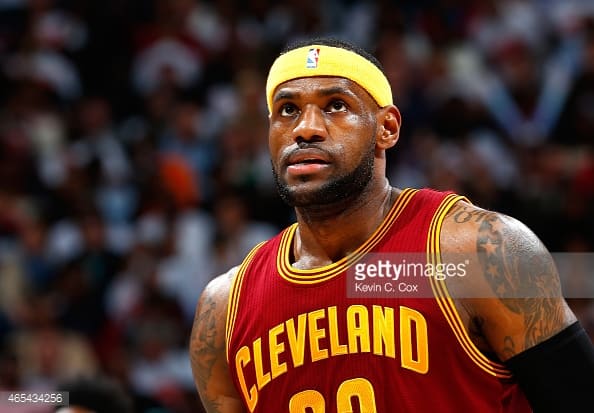 LeBron James will go down as one of the greatest players in NBA history. That is not in doubt, but what is in doubt is his legacy. His talent, his skill, his game—easily among the best. However, if he can’t guide his team to victory against the Golden State Warriors, his legacy may not be what he wants it to be.

He could be the Jim Kelly of the NBA—great player, but only capable of attaining good results. There is no shame in going to four straight Super Bowls and losing each one, but when the pantheon of greats is discussed his name comes after guys like Joe Montana, Terry Bradshaw, Tom Brady, and Troy Aikman.

When it comes to the best in the game, we talk about the guys that won it all first. James has won it all twice and lost four times. With another loss this season he will become the fourth player in NBA history to lose in the Finals five times.

It is a good thing that he doesn’t lose Game Two after his dropping Game One in a playoff series. The last nine times LeBron James and his team lost a Game One, they came back to win the second. If he wants to avoid taking a dubious spot in history as the fourth guy to lose the Finals five times, he’ll need to win Game Two.

He’ll have to win three other games of course, but it all starts with the all-important first win. Why so important? Well—because there have only been 14 teams in NBA history to overcome a 0-2 deficit in postseason play. It’s only happened three times in the Finals (1969, 1977, and 2006).

So if they lose Game Two, more than likely the Cavaliers will lose the series.

It certainly didn’t look too good for the Cavs in Game One. They managed to hold Steph Curry and Klay Thompson to just 20-points, but couldn’t stop the bench from scoring 45 points. It certainly didn’t help that the Cavs did a poor job of moving the ball around and turned the ball over 15 times (resulting in 25 points).

Cavs head coach Tyron Lue does not see a need to change much.

“I don’t see a reason for change,” Lue said Friday. “I think the way they play defense, they switch 1 through 5, and it makes you play one-on-one basketball. So your movement with floppy stuff coming off of pin-downs, they just switch out and try to deny those passes. And then you’ve got to post Kevin, you’ve got to post LeBron against those mismatches. So I don’t see any reason for change. We’ve just got to convert.”

The Warriors could very well say the same thing. Of 15 wide open three-point attempts in Game One, they only made five. A 15-point loss for the Cavs could have easily been a whole lot worse. However, had the Cavs hit many of the 28 shots in the paint that they missed the game could have gone another way.

Can the Warriors count on getting another stellar night from their bench should the Cavs figure out how to shut down Steph Curry and Klay Thompson again? Probably not, but can the Cavs afford to take the chance that they might or that the Splash Brothers will have another off night?

Should LeBron go on to lose another NBA Finals is his legacy going to be one of the greats that couldn’t get it done? Unless his luck changes in the years to come—probably.