Life after Timmy – Can the San Antonio Spurs make a title run without Tim Duncan???

For the first time in almost 2 decades, the NBA world will enter the new NBA season without one of the biggest legends ever to play the game – Tim Duncan!!!

The 2016 NBA season was the time to say goodbye to some of the truly great players who made a decision to retire. Alongside names like Kobe Bryant and Amar`e Stoudemire, Tim Duncan, the San Antonio Spurs legend called quits and decided to retire from professional basketball. 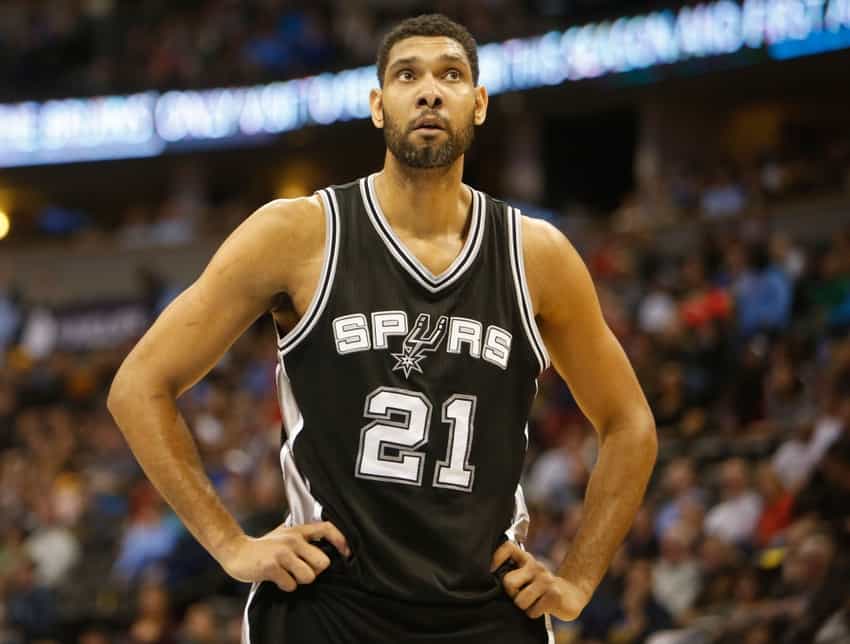 It was a huge blow for every basketball fan to hear that a legend like Tim Duncan is retiring, but the most devastated will be the Spurs fans. Duncan played nineteen straight years in the NBA and all of those years he stuck with only one team, the San Antonio Spurs. Called among many as the greatest power forward of all time, Tim Duncan was highly successful during his long career in the NBA.

Being the 17th scorer of all-time with 26,496 points (regular season games) and 6th of all-time in scoring 5,172 points (in the playoffs), he was a very important player for the Spurs scoring wise. However, his contributions extended beyond just his scoring abilities. Even though he never won the defensive player of the year award, he was an excellent defender as he held the record for the most blocked shots during the playoffs (568). In addition, Tim Duncan won five NBA titles win the Spurs, managed to be a three times NBA finals MVP, two time MVP of the season and the rookie of the year.

His greatness never came in question, but now that he is gone, another question, probably even more important for the Spars, has come up to the board. Namely, the big question that everyone in the NBA world is asking is IF the Spurs can be as successful without Tim Duncan?

The San Antonio Spurs, from the looks of it, will be engaging to pursuit the similar game style as they had with Tim Duncan, even though it will be very difficult. The reason for this assumption is the fact that the San Antonio Spurs have signed two very similar players, LaMarcus Aldridge in 2015 and Pau Gasol this summer. Both of these guys are very good players having left their respected teams on top. 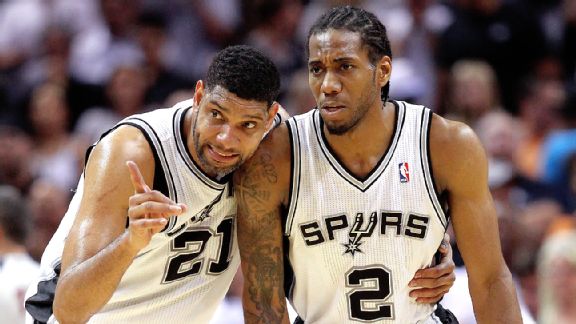 Kawhi Leonard has emerged as the new face of the Spurs franchise!!!

Furthermore, another reason why the Spurs will stick to their game style is their young small forward Kawhi Leonard. Some Spurs fans even say that Tim Duncan may have passed the torch to this extremely talented young player. Leonard’s stats in the last couple of seasons were remarkable, as he was seeing more playing time due to the fact that Tim Duncan was “running out of gas”. Kawhi Leonard has definitely developed into the number one scoring threat for San Antonio, while on the other side he is considered as one of the best defenders in the NBA for years now.

While many still believe that the Spurs game style will not change drastically, not as long as Gregg Popovich is on the bench, the other ask the question if the Spurs can become a title contender in the following season???

When it comes to the Western Conference, the only real competition to San Antonio is the Golden State Warriors, who look ridiculously strong with Kevin Durant on the roster.

With that being said, reaching the playoffs should be a walk in the park for the Spurs, but how deep in the playoffs could they go and can they compete against the well improved teams such as the aforementioned Warriors, the Los Angeles Clippers (if they stay healthy) or the much hyped about Utah Jazz, is a concern that will be addressed during the midst of the season most likely.

If they do manage to defeat all teams in the West and reach the NBA finals, they will most likely face the last year’s NBA champions – the Cleveland Cavaliers, who kept their core and will be, once again, the top favorite to win the Ring again. However, looking at the current Spurs roster and considering that the Spurs have one of the best (if not the best) head coaches of All-time, it’s undeniable that the Spurs will be the Title contenders. With Pau Gasol, who may not be as good as a defender as Tim Duncan, but can still score a lot of points, make rebounds and distribute blocks, Kawhi Leonard, who is slowly becoming the face of the franchise, and LaMarcus Aldridge, who is set to play his biggest season of his NBA career yet, the Spurs are hoping to make the transition into the post-Duncan era as smoothly as possible. 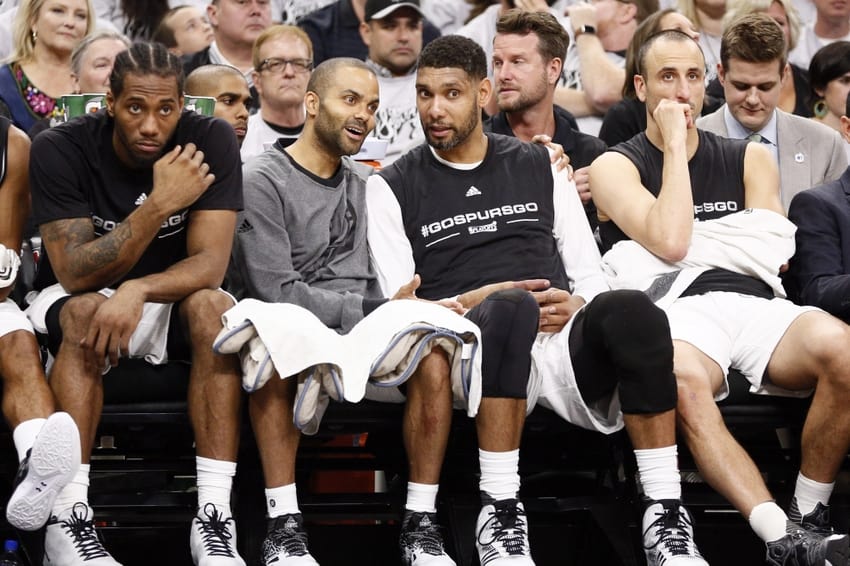 The Duncan-Parker-Ginobili trio was one of the best in the history of the NBA!!!

Despite how the season ends for the Spurs, one thing is certain, they have brought in a great group of young (except Gasol, lol), talented and team-oriented players, who should  only enforce the team and be a part of the group for a long run, especially considering that Manu Ginobili and Tony Parker are soon to retire!!!

Will that be enough to win the NBA title any time soon, is something that we just have to wait and see!!!