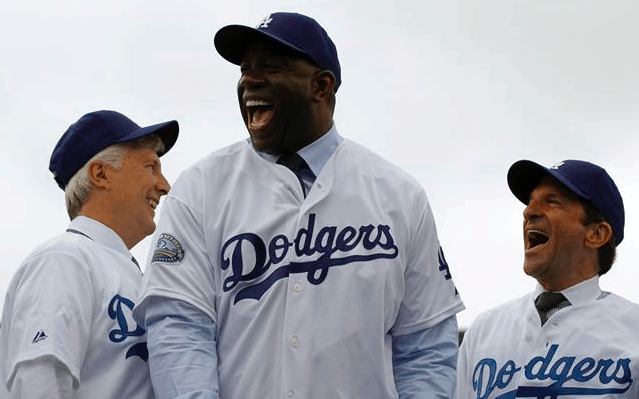 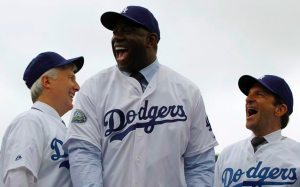 The Los Angeles Dodgers could see a reduction in their payroll for the second consecutive year in 2017, as the team’s owners must comply with an MLB mandate to reduce their debt. According to MLB rules, teams must be in compliance with the league’s debt rules within five years of having a new owner.

The Guggenheim Baseball Management group that has owned the Dodgers for the last four years is reportedly “hundreds of millions in debt.” The Dodgers have spent close to $1.2 billion in payroll over the past four seasons, including more than $100 million in luxury tax. Of course, Los Angeles has won the NL West in each of those four seasons, so the team’s spending is paying off on the field, although it has left its ownership group in serious debt.

The Dodgers did not turn a profit in their first three years under the Guggenheim group, which has led to being hundreds of millions in debt. MLB’s rules regarding ownership debt are in place to make sure that owners have the resources to meet all of their financial commitments. Under the rules, a team’s debt generally can’t exceed 12 times their annual revenue.

If Dodgers ownership isn’t able to comply with MLB’s debt rules within five years, commissioner Rob Manfred will have a wide variety of ways to respond. Among the options at Manfred’s disposal are suspending the team’s ownership or forcing the Dodgers to get league approval for any significant spending.

However, Manfred doesn’t appear to be too concerned with the Dodgers at the moment. “I think the Dodgers will be in a position that they can comply with our expectations in terms of the debt service rule, without any dramatic alteration in the kind of product they have been putting on the field,” says the commissioner. “The Dodgers have always had a plan that would give them financial stability over the long haul.”

The Dodgers are confident they will be able to comply with MLB’s debt rules, but to accomplish that, the team’s payroll could take a significant hit from what fans have been accustomed to since the Guggenheim group took over. Los Angeles spent $258 million in 2016 and they already have close to $200 million committed in 2017, and that’s without making any moves in free agency. With that much money already committed for next season, it will be difficult for the Dodgers to get under the luxury tax threshold, which the club says is a goal they have over the next couple of years.

Even with so much money already committed for 2017, the Dodgers are currently without a second baseman or third baseman on their roster. Los Angeles also has other needs it would like to address this offseason. The Dodgers have also been connected to some of the top free agents on the market, including Yoenis Cespedes and Aroldis Chapman, not to mention their own free agents, Kenley Jansen and Justin Turner.

If the Dodgers are attempting to cut payroll in 2017, it’s hard to imagine Los Angeles being players for many of the free agents the team would ordinarily covet. The team does have a few young, emerging stars who make little money, but it will take more than an infusion of youngsters to get the payroll under control. The Dodgers have not said if their financial situation with affect how much they spend this winter, but it’s something to watch closely as the offseason unfolds.