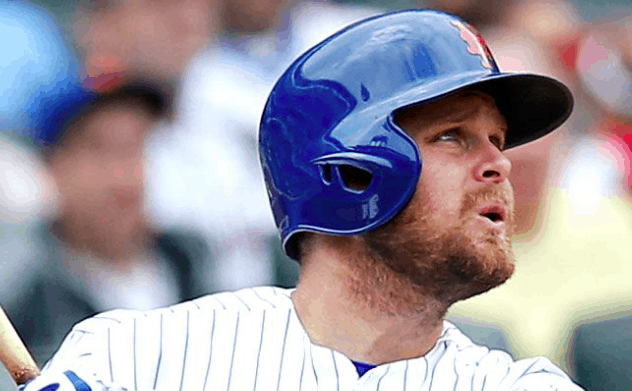 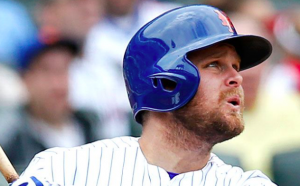 The 2017 season is an important one for New York Mets first baseman Lucas Duda. He’s set to become a free agent next offseason, so there’s pressure to produce in a contract year, and he has a chance to play an important role on a team that has World Series aspirations. Unfortunately, the injury problems that limited him to 47 games last season are once again keeping him on the sidelines as spring training gets underway, putting into question how much the Mets will be able to rely on Duda this season.

Less than a week ago, Duda felt fine physically. But after putting in a little extra work, Duda complained of back stiffness, a troubling sign after a stress fracture in his lower back kept him on the DL for nearly four months last season. The following day, Duda was complaining of pain in both hips and received a cortisone shot to help treat the problem. At this point, it’s unclear how soon Duda will be able to return to the field and start playing in spring training games.

“Fortunately we have a ton of camp left,” said Mets manager Terry Collins on Saturday, lamenting the injury so early in spring. “Lucas is not ready to play in my opinion. Yesterday he had two cortisone injections in each hip, and they need 48 hours to let that medicine take effect. We’re hoping that in a couple of days he’ll at least be ready to assume some activities. He hasn’t even been on the field in three days.”

Even though Duda’s issues have popped up early in camp, the Mets are already making contingency plans for handling Duda’s absence at first base. Duda was already expected to share time at first base with Wilmer Flores, and based on the way Flores hit against lefties last year, it could end up being a straight platoon. However, with Flores being less productive against righties and being a backup at every other infield position, the Mets are considering other options if Duda needs a full-time replacement.

“We have a lot of ideas,” Collins said Saturday. “I talked to Neil (Walker) today, I talked to Jay Bruce today about starting next week to take some ground balls, just for precaution purposes. Neil actually did some stuff there today. We’ve just got to protect ourself.”

Bruce would be an interesting option. He has started just three games at first base in his big league career, but if Bruce feels comfortable at first base, it could open up a spot in the outfield for Michael Conforto. At the moment, Conforto is the odd man out of New York’s outfield, although he is off to a hot start this spring, which could make it difficult for the Mets to send him back to triple-A.

Walker, meanwhile, has no experience playing first base, making him less appealing. However, the Mets do have several options to replace Walker at second base, including Jose Reyes, who the Mets would like to hit in the leadoff spot as often as possible.

David Wright is also being discussed as a possible fill-in at first base, as it would allow Reyes to play at third base every day. However, Wright has not yet been cleared to play the field in spring training games after his injury issues last season, and until that happens, he won’t be spending any time at first base.

Obviously, there’s more than a month for Duda to recover from his injuries and get himself ready for the start of the regular season. But the fact that the Mets are already having possible replacements take ground balls at first base is a telling sign they are concerned about him. Part of it is precautionary after Duda’s injury last season, but it already seems like the Mets are preparing for 2017 as if Duda is going to be a massive question mark.