March Madness Picks Against the Spread

March Madness Picks Against the Spread 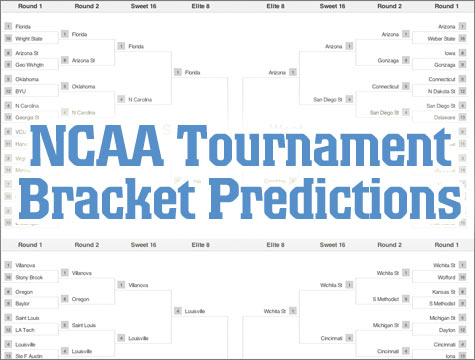 Our college basketball department here at Sports Information Traders is lead by one of the top basketball minds in all of the country, Mike Wise. A handicapper who made a name for himself when he hit at 71% for the 2009 College Basketball season and exploded onto the scene, Mike has been the head of our basketball department for the last 8 years, and has taken our college hoops and NBA programs to new heights for our paying clients

Averaging 64% winners annually in college basketball, Mike and his team always seem to step up their game when the stage is the biggest and the lights are brightest like in the March Madness NCAA Championship Tournament. Mike’s March Madness Picks against the spread are regarded as pure gold amongst industry insiders and common betting players as he’s hit above 70% in March Madness for two of the last three tournaments. If you can find someone with a better record, we’ll give you the picks for free, and you want to know why? Because you can’t. Because Mike is the top ranked online documented handicapper for March madness picks against the spread for the last 2 years in a row.

Without the right, winning information, especially during March Madness, the College Basketball landscape can be a hard one to predict. After all, you’re betting on kids who are greatly swayed by emotion and momentum even more-so than the professional game. Routinely one of the hardest sports in the country to handicap is College Basketball Picks straight up and against the spread. Actually both college alternatives for basketball and football are far tougher to handicap than that of their professional counterparts. That’s because of the massive size and number of teams in Division I basketball. With over 150 teams competing on a weekly basis, it’s almost impossible for ordinary bettors or handicappers to keep up with the flow of information.

Jon Price, the founder and lead handicapper of Sports Information Traders has broken the code for the last 10 years. His system of analyzing the conferences and locking in on the few with which he feels we have the best reads on, has helped up take the college basketball betting world by storm and win our clients a lot of money over the last decade. So stop losing your office pool or losing money on bad March Madness picks. Join a winning team today and let Mike Wise and his staff help get you on the winning side each and every night during the March Madness NCAA Championship Tournament.