March Madness Recap—Round Of 32 Day Two: Is Your Bracket Still Alive And Well? 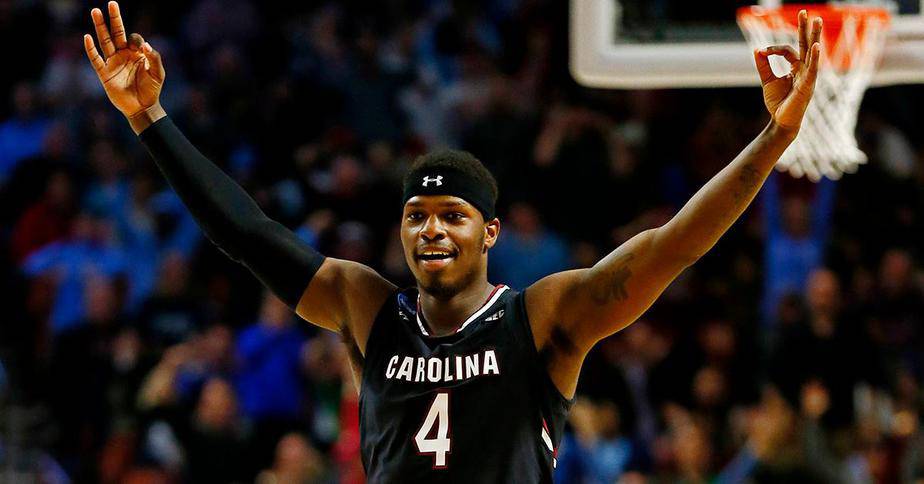 Most college basketball fans don’t expect to have a perfect bracket after the opening round of the NCAA Tournament. For their respective circle of friends and/or office pool, they know they don’t need to be perfect in order to win. However, if a fan really wants to win, surviving the second round is crucial. But with how the action went first on Saturday and then Sunday, there was a whole lot of bracket busting going on!

For those that did not fill out brackets, there was simply a whole lot of good basketball being played Sunday. Blue bloods were tested, a couple were defeated, and eight teams earned the right to move on to the Sweet Sixteen:

The Trojans had been making a habit of completing second half comebacks, but they couldn’t pull it off against the Bears Sunday. Baylor led by five at the break, 36-31, which would be bad for most teams but USC—they had the Bears right where they wanted them.

USC quickly erased the deficit when the second half started and kept the game close throughout the half—but were never able to overtake the Bears. Baylor got a big boost from Manu Lecomte in the final minutes of the game with 12 points in the final five minutes. Jonathan Motley and Terry Maston led the way with 19 points each.

This game busted quite a few brackets. Duke, the preseason No. 1, was the favorite by many—including Vegas—to win it all. Duke was hoping to at least make it to the Sweet Sixteen for the sixth time in the last eight seasons–but instead, they fell in the Round of 32 to South Carolina.

After one-half of play, it didn’t look good for Duke, but the Blue Devils were up 30-23. But in the second half, the game took a dramatic turn. Defense took the rest of the day off for after decent efforts by both teams in the first half. The Gamecocks offense, led by Sindarius Thornwell on the outside and Chris Silva going inside, put up 65-second half points to 51 by Duke to seal the win.

The victory gave South Carolina two wins in the Tournament for the first time in 44 years.

Michigan State looked good in their opening round win over Miami but would have to step it up if they were going to beat Kansas in the second round. During the first half, it looked like they might do just that. The Spartans got out to an early lead as Kansas got off to a slow start. But by the time halftime rolled around, the Jayhawks were up by five, 40-35.

The Spartans gave Kansas a good challenge to start the second half. They got within a point of Kansas, but the Jayhawks were not going to be denied. Powered by Josh Jackson’s 14 second half points, Kansas pulled away over the final ten minutes to make this one look easier than it was.

Rhode Island entered the game thinking they could pull off the upset against one of the best teams in the nation. For a time, it looked like they might. The Rams closed the first half on a 14-2 run to take a 46-38 lead into the break.

It took Oregon awhile to erase the deficit and finally did when Dillon Brooks hit a three-pointer with 4:51 to play giving the Ducks a 68-66 lead. Rhode Island took the lead back, but then Tyler Dorsey hit his fourth three-pointer of the game with 40 seconds left to give Oregon the lead for good. 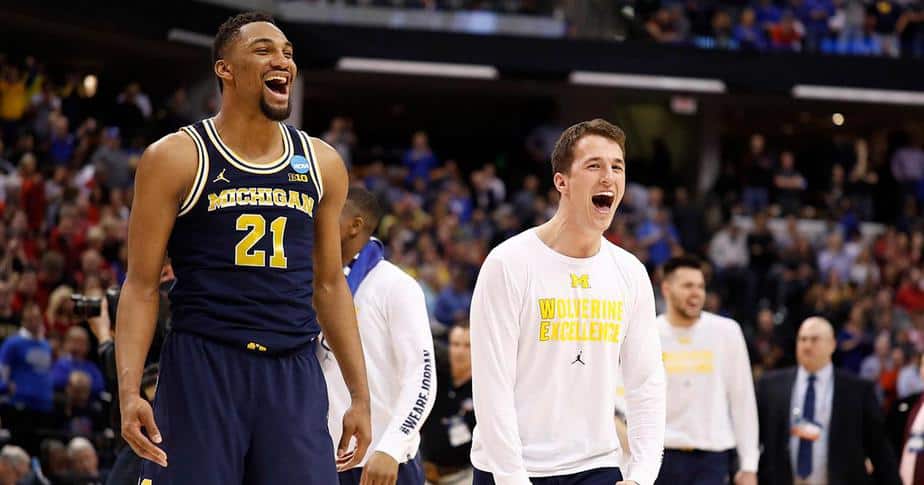 Michigan entered the game with all the confidence in the world after winning the Big Ten Tournament and beating Oklahoma State in one of the best games of the Tournament (so far). Louisville didn’t have nearly as much confidence after losing to Duke in the ACC Tournament quarterfinals and after turning in a lackluster game against Jacksonville State.

But it appeared that the Cardinals were the ones playing with confidence in the first half Sunday, not the Wolverines. Behind by nine with a little over 16 minutes left to play, Michigan went on a 17-6 to take their first lead of the game. The lead bounced back and forth a couple of times until a Moritz Wagner three-pointer gave Michigan the lead for good with 6:44 to play.

There was some time on Sunday where it appeared that the Arkansas Razorbacks were actually going to take down the mighty North Carolina Tar Heels. After falling behind by five at the end of the first half, they took a five-point lead, 65-60, of their own after Jaylen Barford hit a layup with 3:31 left to play. That ended up being the last basket Arkansas would make in the game.

With the help of some questionable calls by the refs, the Tar Heels ended the game on a 12-0 run to secure their spot in the Sweet Sixteen.

They’ll have to do a much better job with their shots if they want to beat Butler and make it to the Elite Eight. North Carolina shot 38.1 percent from the floor and 29.4 percent from behind the arc.

The Bruins had a hard time with Cincinnati’s defense in the first half, but once they got it figured out in the second, things got really moving. Lorenzo Ball became the great facilitator in the second half with nine assists and hit a pair of three-pointer about seven minutes in to give the Bruins the lead, 52-47.

Cincinnati kept it interesting but never threatened to take the lead back. The Bruins will face a talented but streaky Kentucky team in the Sweet Sixteen. 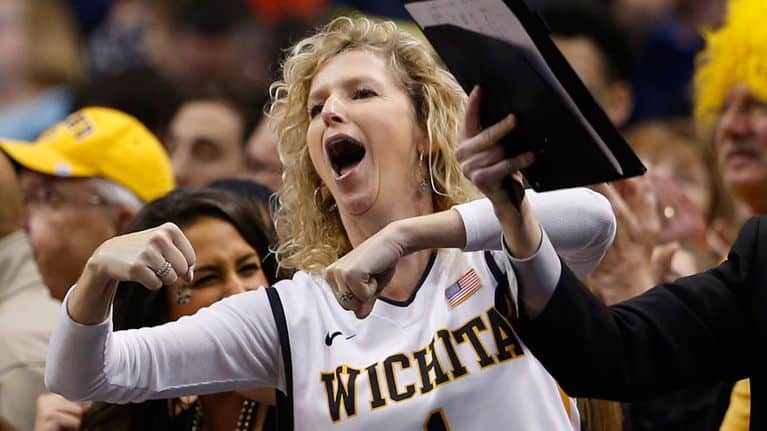 The Wildcats and Shockers gave fans a great game on the court, but the better show may have been off of it. It appears that the wife of Wichita State head coach Gregg Marshall, Lynn, likes to sit behind the team bench during games and support the team. When she supports the team, she doesn’t hold back. Her cursing and shouting became so intense at times that security had to talk to her on several occasions. When the game was done, rather than have a school official escort to the post game presser (like they usually do), a police officer escorted her.

The game itself was all fans could ask for—close, hard-fought, and never a dull moment. But in the end, Kentucky’s freshmen were too much for the Shockers. Wichita State put up a heck of a fight and never let the Wildcats pull out much of a lead, but they simply ran out of time in the end.