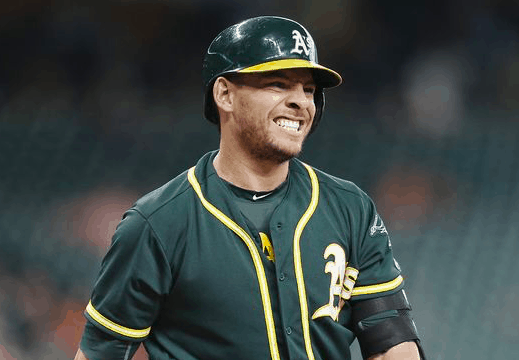 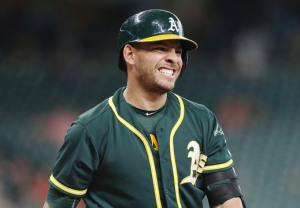 The Seattle Mariners have acquired infielder Danny Valencia in a trade with the Oakland Athletics. The A’s shipped Valencia to Seattle in exchange for pitching prospect Paul Blackburn. There was speculation late in the season that Valencia would be traded or released before the end of the year, as the A’s wanted to give more at bats to younger players. However, Oakland ultimately decided to hang onto him for the rest of the season, although it was always unlikely that he would be back with the A’s in 2017.

Valencia has improved his offensive production significantly over the past two seasons, posting an .864 OPS in 2015 and following that up with a .792 OPS this season. Over the past two years, Valencia has hit 35 home runs, accounting for nearly half of his career home runs. However, the A’s have been less than impressed with his defensive skills, despite his ability to play multiple positions. Valencia was also involved in a physical altercation with former teammate Billy Butler earlier this year, an incident that resulted in Butler landing on the 7-day concussion DL.

Nevertheless, the Mariners believe that Valencia can help their cause in 2017. “Danny’s skill set is a good fit for our club,” said Seattle GM Jerry Dipoto after completing the trade. “He’s been a very productive player, especially against left-handed pitching. In addition, his ability to handle all four corner positions presents [manager] Scott [Servais] with a welcome level of flexibility when creating lineups.”

While he has moved all around the diamond throughout his career, Valencia has spent the most time at third base. However, with Kyle Seager entrenched at the hot corner in Seattle, Valencia will likely be used elsewhere. Of course, with the Mariners being loaded with left-handed batters, Valencia can be moved around to give players a day off or cover for a player nursing an injury.

Valencia figures to get most of his playing time in 2017 at first base as part of a platoon with youngster Daniel Vogelbach. The Mariners are high on Vogelbach, one of the top first base prospects in baseball, because of his offensive potential. However, the left-hand hitting Vogelbach has just 12 big league at bats and may benefit from having a platoon partner. Valencia has done a lot of damage against lefties throughout his career, so a Vogelbach-Valencia platoon at first base could work out well for the Mariners.

As for Oakland, in addition to parting ways with Valencia, the A’s receive Blackburn, a solid but unspectacular pitching prospect. The righty posted a 3.27 ERA at double-A in 2016, being traded from the Cubs to the Mariners mid-season in the deal that also sent Vogelbach to the Mariners and lefty Mike Montgomery to the Cubs. Blackburn is unlikely to be in Oakland’s plans for 2017, but could emerge as a back-end starter a few years down the line.

This is a fairly minor trade for both sides, but it has a chance to work out, particularly for the Mariners if Valencia can continue to produce offensively the way he has the past two seasons. Meanwhile, the A’s will save the money Valencia would have made this season while opening up space on their roster for younger players.