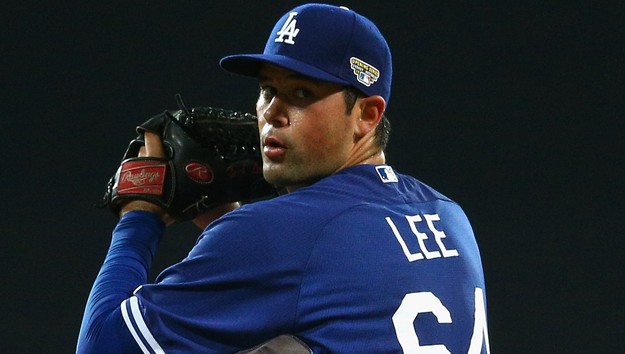 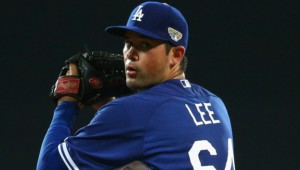 The Seattle Mariners starting rotation is hurting, literally, and things may have gotten worse on Sunday when Tijuan Walker was forced to leave his start early. As a result, Seattle has made a rather minor trade with the Los Angeles Dodgers that they are hoping can help keep them alive and kicking in the playoff race until they can get healthy.

Walker threw five shutout innings against the Boston Red Sox on Sunday, but he was forced to leave the game due to tendinitis in his right foot. Walker lasted just 3.1 innings in his previous start before he needed to be removed for the same issue. The Mariners are unsure if Walker will have to join fellow starters Felix Hernandez and Wade Miley on the DL, but there is growing concern for his health, and there’s a distinct possibility that he will need to miss his next start.

To help add depth to a rotation that continues to be hit with injuries, the Mariners made a trade Sunday night, acquiring pitcher Zach Lee from the Dodgers for shortstop Chris Taylor. Lee was a first round pick of the Dodgers in 2010 but has not quite lived up to expectations. He has just one career start in the majors. That start came last July when he gave up seven runs on 11 hits over 4.2 innings against the New York Mets. He has spent most of the last three seasons in triple-A, and posted a 2.70 ERA there across 19 starts in 2015. However, he has a modest 4.89 ERA in 13 starts at triple-A this season.

Taylor has spent parts of the last three seasons with the Mariners as a reserve infielder. He has just three at bats in the big leagues this season and is a career .240 hitter in the majors in 233 at bats. He will provide the Dodgers with middle infield depth.

Obviously, the Mariners don’t expect the acquisition of Lee to be a season-saving move, but with Hernandez slow to recover from a calf injury, no timetable for Miley’s return, and Walker struggling with a nagging injury, Seattle needed to add reinforcements. If it were later in the season, the Mariners may have traded for a more established big league pitcher, but at this point in the season, there simply aren’t enough options available on the trade market for a time like Seattle that needs rotation depth right now.

Not long ago, the Mariners were locked in a tight race atop the AL West with the Texas Rangers. However, with the Rangers getting red hot and the Mariners struggling with injuries both on and off the mound, Seattle now trails Texas by 8.5 games. Of course, the Mariners are just two games out of a wild card spot and still very much alive in the playoff race. But injuries to the starting rotation are starting to take their toll, and if Walker has to go to the DL, it will make things that much harder for the Mariners, who can only hope that Lee can become the stopgap they need in their rotation right now.