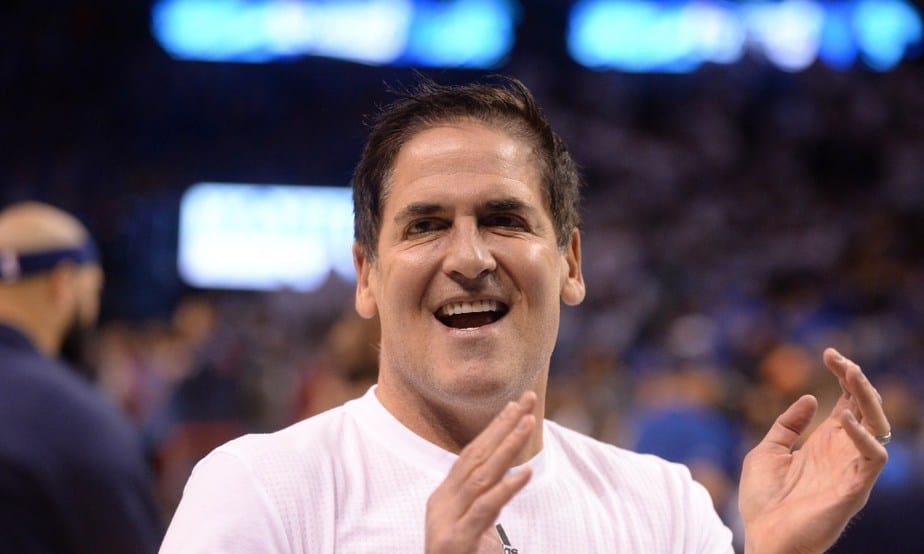 Dallas Mavericks owner Mark Cuban is a pretty smart guy. He must have at least a few talented brain cells in his head to be at the stage he is now in life—filthy rich, an immensely successful business person, star of a hit reality television show, and the owner of a professional sports franchise.

It has been a few years since his basketball team has been a legitimate title contender. Since winning the title in 2011, his team has been back to the postseason in four of five seasons—and was knocked out in the first round of each.

This season they lost their first-round series with the Oklahoma City Thunder, 4-1. Even though his guys have been out of it for weeks, he still stands to make a bundle of money on the NBA Finals.

A lot of things have to fall in place—like Golden State winning the NBA Finals and the San Jose Sharks winning the Stanley Cup—but if they do he will then sell merchandise featuring a phrase he owns the patent to:

It is common for apparel featuring the phrase to be sold when a city can claim champions in two of the four North American professional sports franchises. It was most recently used in 2009 when the Pittsburgh Steelers and Penguins won titles in their respective leagues.

Back in 2010, an insurance agent in Florida filed for and was awarded the trademark. He later had it transferred to Mark Cuban after the Mavericks owner paid him $40,000 for it.

Cuban recently confirmed with ESPN that he indeed owns the patent:

“If the Mavs don’t win, at least there is always a chance for a win in there somewhere for me,” Cuban told ESPN.com Wednesday.

The odds are certainly with the Golden State Warriors in the NBA Finals. Vegas has dubbed the Warriors a favorite to repeat, and most of ESPN’s writers have picked them to win as well. However, the odds are not as favorable for the San Jose Sharks in the franchise’s first trip to the Stanley Cup. Vegas picked the Penguins to win and after two games Pittsburgh holds a 2-0 lead.

This is the ninth time a team from the same city made it to the NBA and Stanley Cup Finals. In the previous eight occasions, the teams from the same market did not win. However, there is a chance the San Francisco Giants could make it happen.

As of Wednesday night, the Giants are 33-22 and have a 4.5 game lead over the Los Angeles Dodgers in the NL West. Should history repeat itself and the pattern holds, the Giants will win the World Series this season. They have won the World Series in three of the last five seasons. Each win came during the even numbered season with the Giants not making the postseason during odd-numbered years.

So if the Sharks don’t make it happen, don’t worry, Bay Area sports fans (and Mr. Cuban). If the Sharks let you down, the Giants could very well get it done this season.