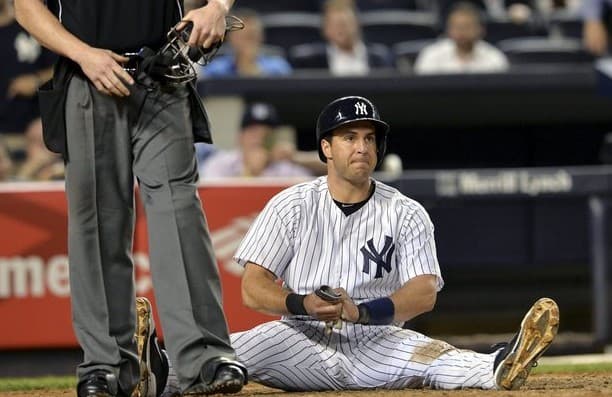 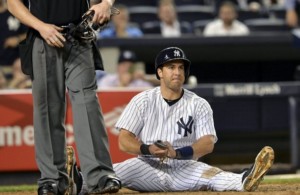 New York Yankees first baseman Mark Teixeira has decided to pass on surgery to repair the torn cartilage in his knee, at least for now. Instead of surgery, which Teixeira may need eventually, he is deciding to receive treatment and rehab the knee, which could allow him to rejoin the team in three weeks time if all goes well. The Yankees are under .500 and struggling to stay within striking distance in the AL East, and getting Teixeira back at some point could help them remain in contention deep into the summer.

Teixeira left Friday’s game against the Baltimore Orioles and was placed on the DL Saturday with a diagnosis of torn cartilage in his knee. At the time, surgery that would likely end his season appeared to be the most likely course of action. However, after meeting with doctors in New York on Monday, Teixeira and the Yankees now appear to have other plans.

“Our goal is to try to get him baseball-ready in three weeks to see where we’re at,” Yankees manager Joe Girardi said following the team’s win over the Los Angeles Angels Monday night. “I can’t tell you it’s going to be three weeks, but that’s our goal through treatment and all the other things that he’ll go through.”

Girardi went on to say that “baseball-ready” doesn’t necessarily mean Teixeira would be playing with the Yankees, but he’d at least be playing in a minor league rehab game. “Could it go faster? I guess. Could it go slower? I guess. But that’s our goal,” Girardi said about the goal of having the first baseman ready to play in three weeks.

Teixeira is having a poor season offensively, hitting .180 with three home runs, but he’s coming off one of his best seasons as a Yankee in 2015. Moreover, with Greg Bird missing the entire season with a shoulder injury, the Yankees are at a loss for replacements at first base. The Yankees have tried playing Rob Refsnyder at first base since Teixeira went to the DL, although he is not a natural first baseman. He and backup catcher Austin Romine may be New York’s best options at first base right now, which is far from ideal.

With a dearth of options at first base and the Yankees in danger of falling out of contention in the middle of the summer, it makes sense they would take a chance on getting Teixeira back on the field as soon as possible. Teixeira returning to the field in three weeks, if at all this season, is far from a guarantee, but at this point it’s likely worth the risk for the Yankees.