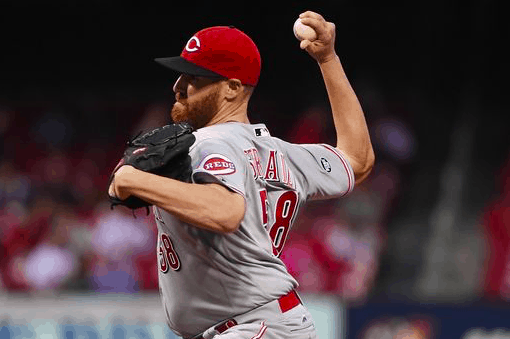 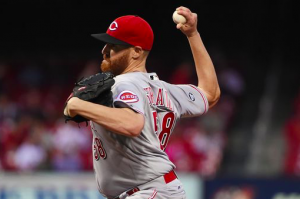 In an effort to strengthen their starting rotation before the start of the season, the Miami Marlins have acquired righty Dan Straily from the Cincinnati Reds in exchange for three minor leaguers. The deal was completed Thursday morning but is still pending physicals. For giving up Straily, the Reds will receive right-handed pitchers Luis Castillo and Austin Brice, as well as outfielder Isaiah White, all three of whom are among Miami’s top 16 prospects, according to MLB.com.

The Marlins will become Straily’s fifth major league team since breaking into the big leagues with the Oakland Athletics in 2012. Straily had a breakout year in 2013 when he went 10-8 with a 3.96 ERA in 27 starts for the A’s. After being demoted to the minors in 2014, he was sent to the Cubs along with Addison Russell in the trade that gave Oakland pitchers Jason Hammel and Jeff Samardzija.

He struggled with the Cubs late in 2014 and was traded again that offseason, this time going to the Astros in the trade that sent Dexter Fowler to the Cubs. He then spent most of 2015 in the minors, rarely getting a chance to pitch for the Astros. Just before the start of last season, the Astros traded him to the Padres, who quickly designated him for assignment, allowing the Reds to claim him.

Once in Cincinnati, something clicked for Straily. His control improved considerably from recent seasons, and even on a losing team, Straily was able to go 14-8 with a 3.76 ERA. Those numbers raised Straily’s value on the trade market considerable, imploring the Marlins to acquire him before the start of spring training.

Straily, of course, is not a sure thing to be an upgrade over Miami’s younger rotation options. Despite his impressive season in 2016, Straily doesn’t exactly have a long track record of success. However, he does have considerable upside and is under team control for three more years, so he has the potential to become an important part of the team’s rotation in the years to come. In the event Straily can replicate his production from last season, he figures to be a solid no. 3 starter for the Marlins behind Conley and Volquez, with Chen being a wild card after an injury-plagued 2016.

As for the Reds, at first glance they did quite well in this trade, especially considering that they picked up Straily off waivers for nothing less than a year ago. Castillo is the headliner of the deal, as he is a power pitcher with a plus-plus fastball and a slider that has plus potential as well. He was outstanding in 2016, as he made the transition to being a starter, but even if that doesn’t work out, his stuff will work in the backend of a bullpen.

Brice struggled in his first taste of big league action last year, but he has the stuff to become a useful bullpen piece for the Reds as early as this season. White, meanwhile, is a young and raw prospect who has plus-plus speed and is an excellent defensive outfielder. If he can develop into a competent hitter over the next few years, he has the tools to be an impact player on both sides of the ball.

For the Marlins, a team that would like to compete in 2017, this trade is high risk-high reward. Straily is far from a sure thing, but he could help to solidify Miami’s rotation for years to come. To make the trade happen, the Marlins gave up three quality prospects, including two with high ceilings, meaning the Reds also have a chance to benefit greatly from this trade in the years to come.