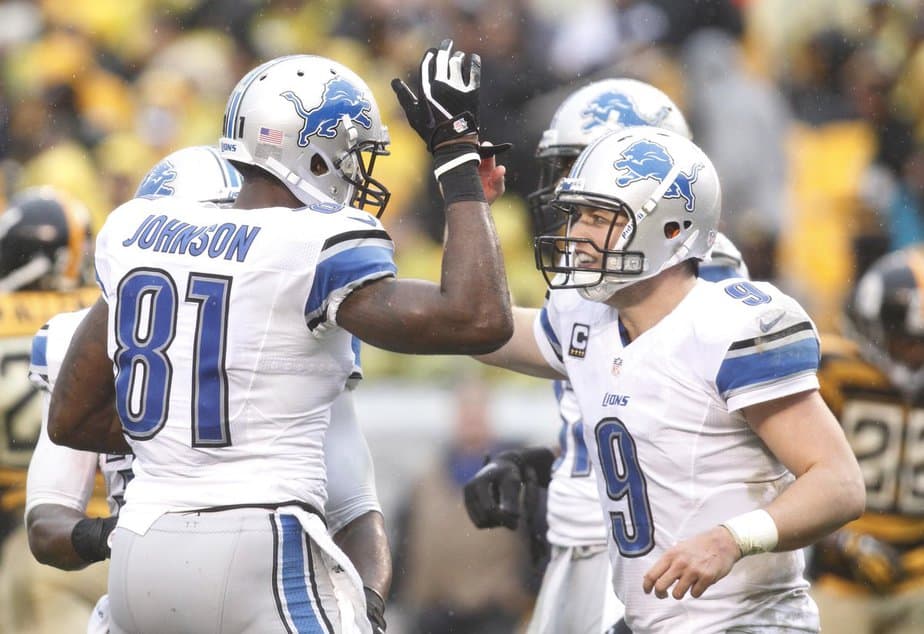 Two years ago it looked like it was finally going to happen for the Detroit Lions, but thanks to some questionable calls (and non-calls) they were bounced from the playoffs in the wildcard round. Fans had high hopes going into last season, but things didn’t quite work out for the Lions.

Five weeks into the season they were 0-5. When they bye week mercifully arrived in Week Nine they were 1-7. So much for a return trip to the playoffs. 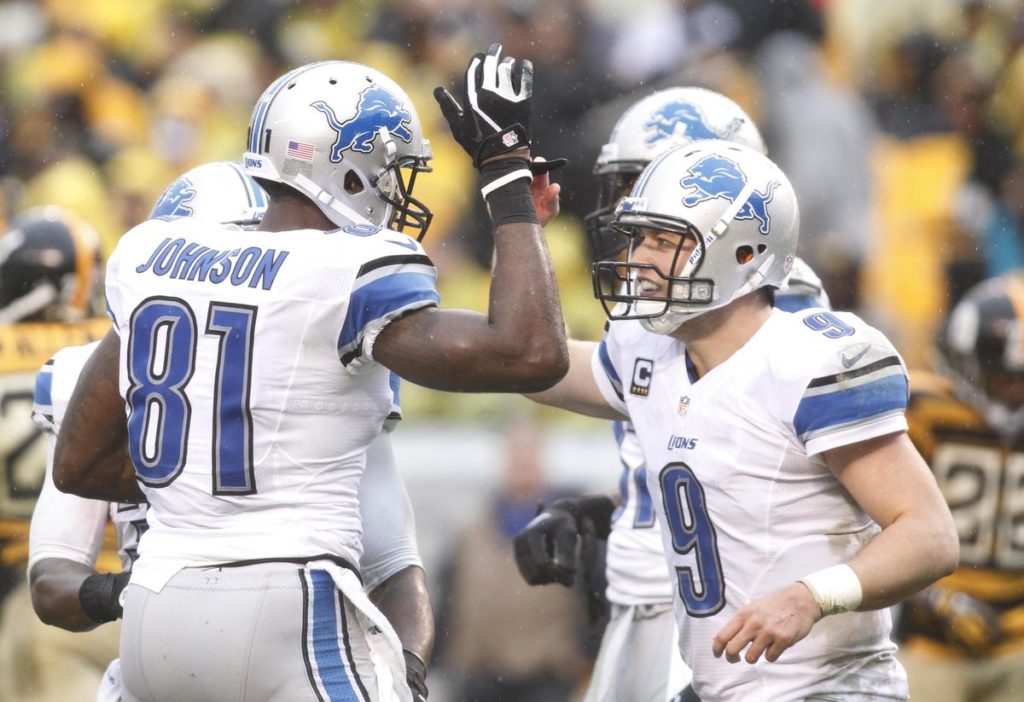 Going into the 2016 season expectations are not as high as they were last year even though the team appeared to get it together after the bye week by going 6-2 in the second half of the season. Any momentum they had left when wide receiver Calvin Johnson retired.

But don’t tell Matthew Stafford that. The Lions quarterback thinks the offense is going to be just fine without one of the greatest wide receivers to ever play the game commanding the attention of defenses.

“I think we’re going to do it a little bit differently than we have the in the past,” Stafford said during an interview Tuesday with SiriusXM Radio. “Obviously, we used to feature Calvin, and everybody kind of got theirs after that. It’s going to be, I think, tougher for defenses in a certain way in that they don’t know who we’re going to. There’s no guy to key in on.”

Lions fans will have to hope that Stafford knows something the rest of us do not. Otherwise, it sounds like Stafford has been drinking the crazy Kool-Aid.

To be fair, he is right about one thing—there is no guy to key on, but that is not exactly a good thing. That means the Lions offense has no go-to playmaker on the roster, which they don’t.

Golden Tate was fantastic in 2014, but last season saw his production drop by more than 500 yards while his reception totals only dropped by nine. Ameer Abdullah was supposed to give the Lions a running game, but that didn’t work out. Next to Tate, the next best wide receiver on the team last season was Lance Moore (29 receptions, 337 yards). Tight end Eric Ebron took a step forward in his second season but only contributed 47 receptions for 537 yards.

So with no real threat on the team anymore, it has to make you wonder why Stafford is so confident.

“We’re probably just going to spread the ball around a bunch, and a bunch of guys will get a ton of catches, and we’ll be all right.”

Johnson did get the most targets last season (150) with Golden Tate coming in a close second with 128 followed by running back Theo Riddick (99; made 80 receptions for 697 yards).

The Lions added Marvin Jones from the Cincinnati Bengals, but he has always been the No. 2 man. Assuming he stays in that role, that means Golden Tate will be elevated to the top threat—but is he ready for that?

He better be, because otherwise it is going to be another long season for Lions fans—but if Matthew Stafford shares his crazy Kool-Aid maybe they will not have to suffer too much.