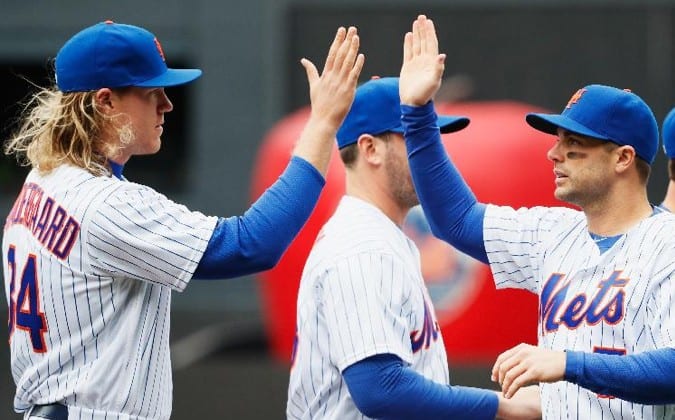 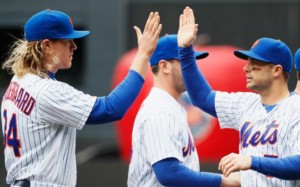 The trade deadline is still more than a month away, and meaningful trades are likely several weeks away from materializing, but amidst the team’s current skid, New York Mets’ ownership doesn’t think the team can afford to wait to make significant moves. Speaking Monday after the Mets suffered a three-game sweep at the hands of the lowly Atlanta Braves over the weekend, Mets Chief Operating Officer, Jeff Wilpon, the son of principal owner Fred Wilpon, said New York may not be able to wait until the deadline.

“I think we might need to do something before that, because the deadline is still four to six weeks away,” Wilpon said. “We’ve got to start playing better baseball now.” He adds that he’s “concerned” and that “Nobody is happy with the way we’re playing.”

After Sunday’s series finale against the Braves, during which the Mets managed just one hit, manager Terry Collins insinuated that changes, potentially major ones, were on the way. However, as of Tuesday morning, the team has not announced any roster moves, although the Mets are expected to activate catcher Travis d’Arnaud from the DL in time for Tuesday’s game against the Kansas City Royals. Of course, David Wright and Lucas Duda remain sidelined indefinitely, while d’Arnaud struggled to get going offensively early in the season before going on the DL in late April.

One move that the Mets are reportedly considering is bringing back shortstop Jose Reyes. This is in stark contrast to reports that stated there was “virtually no chance” of Reyes returning to the Mets. Those reports came almost immediately after Reyes was designated for assignment by the Colorado Rockies less than a week ago. Of course, getting swept by the Braves will make a team consider almost anything.

Reports also indicate the Mets have had internal discussions about sending outfielder Michael Conforto down to the minors. Conforto had a sensational April coming off an impressive rookie season last year, but he’s been in a slump for the past month and a half. Wilpon declined to weigh in much on whether or not Conforto should go down. “That’s not for me to opine on,” he said, adding, “He did hit a home run and swung the bat well two or three days ago. We’ve just got to see more consistency with that.”

The Mets have already added the likes of James Loney and Kelly Johnson to help plug holes on the roster caused by injuries, but those are not players that will be able to turn the team around. It could be weeks until the trade market allows for a major move to be made, and by then Wilpon says it could be too late. “We started off fine. It’s been the last week. But what you don’t want is the week to run into two weeks that runs into a month and hurts you very badly. I think we’re addressing it,” he says.

For the time being, the only way the Mets may be able to address their issues is internally. Outfield prospect Brandon Nimmo and second baseman Dilson Herrera are both enjoying successful seasons at triple-A and may be the closest thing the Mets have to a solution right now. Nimmo is hitting .323 with a .912 OPS, while Herrera is hitting .288 with an .830 OPS.

The Mets have lost six of their lost eight games and fallen into a tie with the Miami Marlins for second place in the NL East, 5.5 games behind the Washington Nationals. The two teams are also tied for the second wild card spot.

Changes certainly seem to be coming for the Mets, but what those will be and if they will be enough is uncertain for a team that’s desperate to get things turned around.