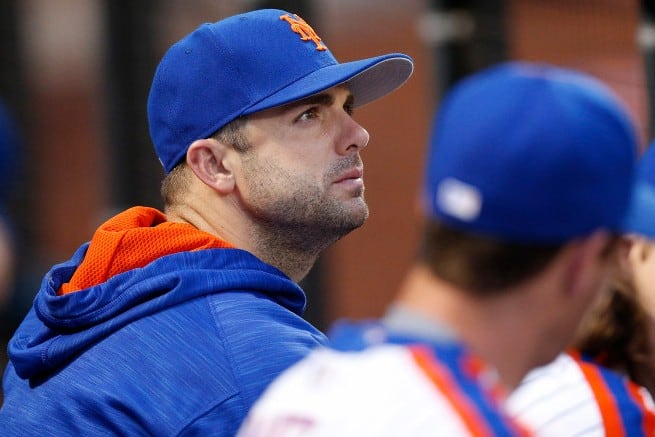 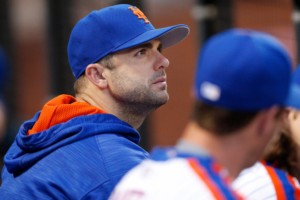 The New York Mets held out as long as they could – probably longer than they should have – but they are finally expected to place third baseman David Wright on the DL on Friday. The Mets announced Friday that Wright will refrain from baseball activities for six to eight weeks. The team says he will not undergo surgery for the injury in the immediate future, but that surgery could be an option at a later date.

Wright has not played since last Friday, missing five games despite still being on the active roster. During that time, Wright has taken an oral anti-inflammatory medication and received a cortisone shot in his neck. However, neither eased the pain enough for Wright to return to the field. The Mets held out as long as they could in hopes of Wright avoiding a trip to the DL, but a stint on the injured list has seemed almost inevitable for the past few days.

The Mets’ captain also suffers from a chronic back condition called spinal stenosis, which forces him to miss at least one or two games every week and undergo a rigorous pre-game routine in order to play. The team has said his neck issues are unrelated to his back condition.

When Wright has been able to play this season, he has not performed like a seven-time all-star. He’s hitting just .226, but does have seven home runs, including one in each of the last three games he’s played. His defense has also been in decline, in large part because of the strain on his back.

Manager Terry Collins spoke earlier this week about how difficult it’s been for him watching Wright decline the way he has due to injury. “This guy has been a special player in baseball,” Collins said. “Certainly being the captain and the face of this organization, a manager’s worst nightmare is to see a star start to fade. I think David’s got a lot of baseball left in him because of the way he prepares and the way he gets himself ready. But it’s hard to watch what he’s going through.”

With Wright now going to the DL, he becomes New York’s third key offensive player to hit the injured list. Catcher Travis d’Arnaud has been out since late April but may soon be ready to play in minor league rehab games. First baseman Lucas Duda has a stress fracture in his back and could be out for a significant period of time, much like Wright.

The Mets have acquired James Loney to fill in for Duda at first base for the time being, and it may be necessary to do something similar with Wright. Wilmer Flores is expected to play third base in the immediate future, but he’s hitting just .167 and has been slow to get going this year and is coming off a stint on the DL himself due to a strained hamstring.

All the missing pieces in the Mets’ lineup have caused them to fall three games behind the Washington Nationals atop the NL East after being tied with their rivals this time last week. What makes matters worse is that the Mets don’t appear to have an idea when players like Wright or Duda will be able to return from injury or how effective they may be when they do, putting the team’s coaching staff and front office in a difficult position.