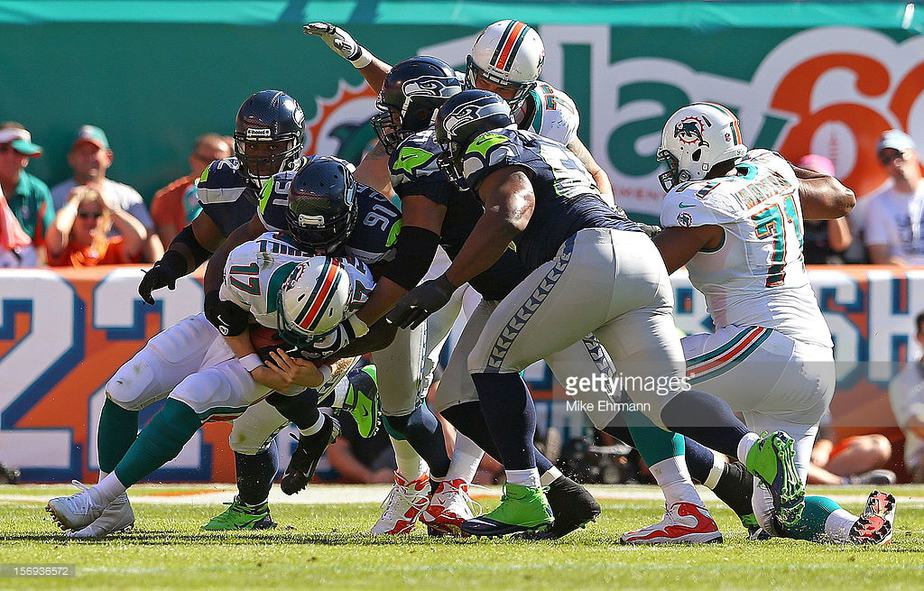 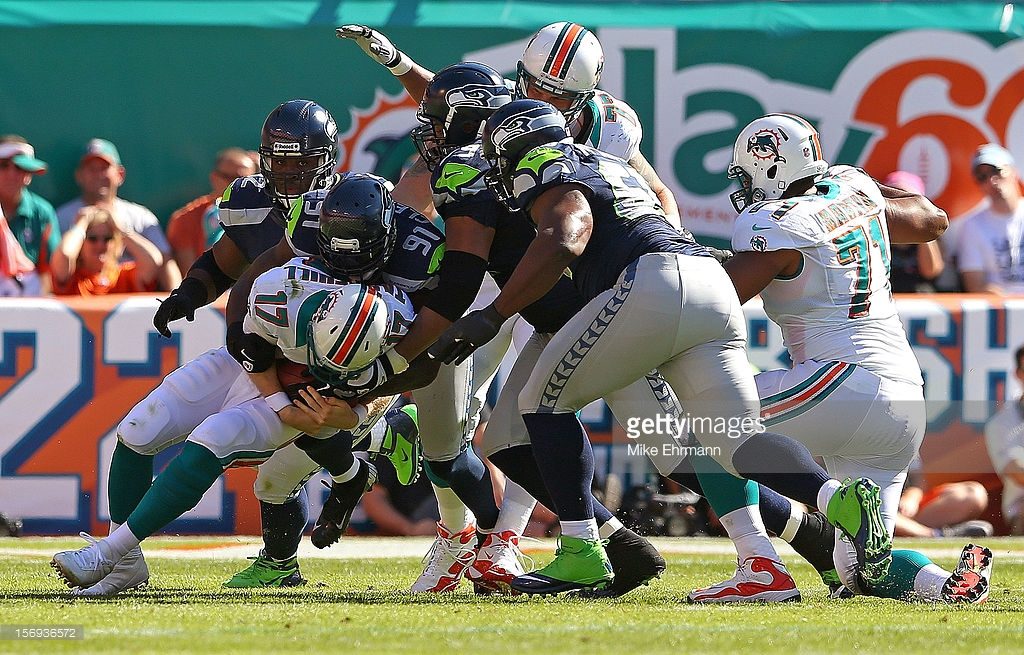 One of the afternoon games on the Sunday slate of Week 1 pits the Miami Dolphins against the Seattle Seahawks. While it’s still May, it’s never too early to get ready for the upcoming 2016 NFL season. Who has the best odds of coming away with a 1-0 record from this matchup? A preview and prediction are below.

The Dolphins had to let Vernon, Miller and Shelby go, but they were able to make up for it.

Miami got Williams for a bargain price. It truly was fortunate that he and the Buffalo Bills had a falling out, and they were able to sign him to a team-friendly two-year, $17 million deal. He can step right in and take Vernon’s place for a couple of seasons, and don’t forget that the Dolphins still have Cameron Wake. Their pass rush should be alive and well, especially if Ndamukong Suh can step it up and return to form.

But the Dolphins didn’t stop there. One of the key, oft-forgotten moves made this offseason was trading back five spots in the draft from eight to 13, and in exchange, received both Alonso and Maxwell. Both should be starters this year, and will contribute to the effort of making this defense formidable. They also signed and drafted several other defensive backs, and in some combination, expect this defense to be sound from front to back in 2016.

The offense is where things get interesting, though, and that doesn’t have to do with any of the players even.

Adam Gase was brought in as the new head coach of the Dolphins, and it was a well-deserved hiring. After several successful seasons with the Denver Broncos as offensive coordinator, Gase followed John Fox to the Chicago Bears, where he perhaps opened the eyes of Jay Cutler. The much-maligned quarterback had a career year, throwing only 11 interceptions in 15 games, despite missing most of his top weapons for much of the season.

If Gase could do that with Cutler and that supporting cast, Dolphins fans must be salivating at the idea of what he could turn Ryan Tannehill into. Much like Cutler, Tannehill hasn’t really reached his potential in the stat sheet, despite the vast amount of talent at his disposal.

Tannehill could become the franchise quarterback the Dolphins need, and he’ll have the help to do so with the coaching as well as the guys around him. Several offensive linemen were brought in to try and shore up that front. Bushrod and Urbik may be past their prime, but both will add competition to the interior of the line. The real prize, of course, was having Tunsil fall all the way to 13. Forget the stupid video (it’s just pot, guys, and from years ago), Tunsil is one of the top 2-3 tackles in this deep draft class, and paired with Brandon Albert, the Dolphins have two stud offensive tackles to depend upon.

As for the Seahawks, they may have lost Okung, Sweezy and Lynch on offense, and Irvin and Mebane on defense, but if anything is certain regarding this franchise, it’s that they’re a deep roster with great coaching and player development. They’re going to be just fine, even losing five key starters.

While building from within tends to work for them because they draft so well, there were some under-the-radar moves made by the team.

Bringing back veterans Browner and Clemons will prove to be a fruitful decision. While both are up there in age, they know the system extremely well and will be able to utilize that to their advantage. Browner, in particular, has a new role with the team as he won’t be an outside corner, rather, will be playing inside the box as an extra safety-linebacker combo.

The draft was where the Seahawks were able to make up the most ground, though. Ofedi has the potential to replace Okung, and in the worst-case scenario, should be an excellent guard on the interior. They were also fortunate to have Reed fall all the way to the middle of the second round where they snatch him up. He’s an upgrade over Mebane, and will be a disruptive force inside, mitigating the loss of Irvin as well.

As for the running back position, the Seahawks are happy with Thomas Rawls taking over as the No. 1 back. He ran for 830 yards last year, averaging over five yards per pop, but don’t sleep on third-round pick Prosise. While it’s unlikely he unseats Rawls, he’s a former wideout who could end up being a big benefactor in the passing game, specifically on third down.

Prediction: The Dolphins are going to be a better team in 2016. However, Week 1 is simply too early to see that significant improvement; not to mention, they’re playing the Seahawks in Seattle. This NFC favorite is still going to be a force in the league, though, covering that 7.5-point margin may prove difficult if Miami’s defense plays up to its potential.