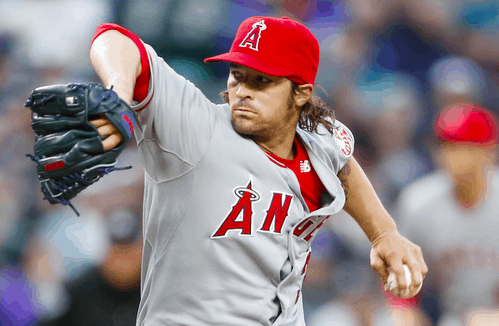 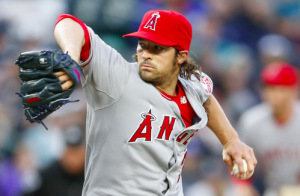 There’s little doubt that the Miami Marlins need to improve their starting rotation this offseason. There has been speculation that the Marlins will pursue Kenley Jansen to help build a dominant bullpen that may be able to compensate for a lackluster rotation. However, the Marlins also have a number of starting pitchers on their radar, including veteran lefty C.J. Wilson, who has spent the last five years with the Los Angeles Angels but has missed the last year and a half due to injury.

The Marlins reportedly had interest in signing Wilson the last time he was a free agent five years ago when he signed with the Angels, so it’s not surprising that they have interest in him this time around. However, Wilson missed the second half 2015 due to an elbow injury and didn’t pitch in the majors at all in 2016 due to shoulder trouble. He made one minor league rehab start in May, but continued to have pain in his shoulder and eventually underwent surgery in July that kept him out for the remainder of the season.

Part of Wilson’s appeal from Miami’s perspective is that he should be relatively cheap to sign after missing the past year and a half, and he does offer considerable upside. He has a career ERA of 3.74 and has looked like a frontline starter at various points in his career. Of course, Wilson has had Tommy John surgery and three subsequent operations on his elbow, in addition to the shoulder surgery he had in July. For a 36-year old with that kind of injury history, there’s little assurance that Wilson will still be able to pitch at the major league level in 2017. Of course, if he’s able to return to full health, Wilson can still be a useful big league starter.

Another lefty the Marlins are rumored to be looking at this winter is Jon Niese. The 30-year old southpaw is a longtime member of the New York Mets, so he has great familiarity with many of the hitters in the NL East. He was traded to the Pirates last winter, only to be traded back to the Mets at the trade deadline this year. Niese had an up and down year in 2016 before succumbing to a season-ending knee injury in 2016, posting a career-high ERA of 5.50.

For the Marlins, Niese could be another pitcher whose value is down this winter but who has the upside of a mid-rotation starter if he can get back on track. Niese had several good years with the Mets and is still young enough to return to the form he had in year’s past, especially if his struggles in 2016 can be explained by a nagging injury.

Whether the Marlins end up signing Wilson or Niese remains to be seen. Wilson doesn’t appear to be eager to sign with any team in the near future, as he needs to be focused on his health. Niese is also likely to look at his options carefully at this critical point in his career. However, the Marlins definitely need starting pitchers, and Wilson and Niese are both veterans who should be inexpensive to sign but offer some upside, the exact type of pitcher Miami is expected to pursue this offseason.