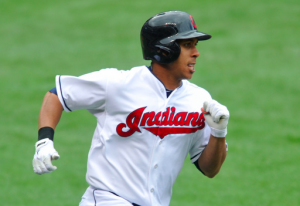 It’s been a long road back for Cleveland Indians left fielder Michael Brantley, who missed most of 2016, including the team’s incredible run to the World Series, with a shoulder injury. But he is indeed back. The club has all but confirmed that Brantley will be with the team on opening day when the Indians play the Texas Rangers, and there’s every reason to believe that Brantley will be in the starting lineup.

“We don’t have to announce our roster (until Sunday),” Indians manager Terry Francona said Friday when asked about Brantley’s presence on the opening day roster. “But, it’s not like it’s going to be a big secret. We’re not trying to keep it a secret. I mean, we’re taking 25 guys, and he’s one of them.”

Brantley originally underwent shoulder surgery in November 2015 and didn’t make his season debut with the Indians last year until late April. But he managed to play in just 11 games until problems with the shoulder forced him to the DL. After that, Brantley endured a series of setbacks that prevented him from rejoining the Indians in time to help with their postseason run last year.

This spring, it’s been a slow and steady return for Brantley. He’s taken his time and been cautious every step of the way, slowly moving from the batting cage to simulated games to actual spring training games. Finally, the Indians have deemed him ready to return to a major league field and play in games that count in the standings, as Cleveland defends its American League pennant.

“I didn’t put any expectations on anything,” Brantley said. “I just wanted to make sure that I came in with a clean slate every day and communicated the best I could about how I felt. And I kept challenging myself. Small steps at a time, but everything went well, and I feel blessed and fortunate to be out there with my teammates Opening Day. I’m very excited about it.”

Brantley has played in just eight Cactus League games this spring, although he went 10 for 26 with two home runs, posting an OPS of 1.121. Earlier this week, he played in games on three consecutive days, his final test before making it to opening day.

“Right now, his swing’s looking pretty good,” says Brantley’s father, Mickey, a former big league player and hitting coach. “Mentally, he’s ready. I told him, ‘Are you ready?’ I’m asking him. He said, ‘Pops, I’m ready.’ He doesn’t know what to expect, missing that much time. But he’s in a good place right now.”

Francona tried to downplay the fact that Brantley would be on the team’s opening day roster, but he made sure Brantley knew just how special his comeback has been.

“I visited with him Thursday just to talk about some things. Toward the end of it, it was hard not to get a little moist in the eyes. It’s just hard not to. We’re proud of him. We’re happy for him and we’re happy for us,” Francona shared. “I even reminded him, ‘Take a minute and enjoy this. You went without baseball for a long time and you missed it.’ He’s always pushing, which is what good players do, but I want him to take second and enjoy having the game back.”

It’s hard to know what exactly to expect from Brantley, but before his shoulder injury, he was one of the best left fielders in the game. If he comes anywhere close to returning to the player he was in 2014 and 2015, he’ll solidify a position that was a revolving door for the Indians and last season and add an impact offensive player into the middle of Cleveland’s lineup. For Brantley, playing on opening day will be a massive personal accomplishment after a long road back, but for the Indians, it’s a potential game-changer for their 2017 season.