Miguel Montero Unhappy With Role on Cubs During Postseason 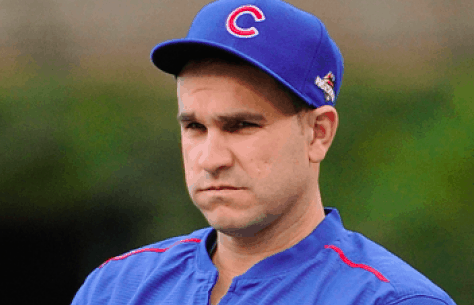 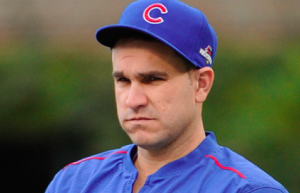 The euphoria of winning the 2016 World Series has already started to fade for one member of the Chicago Cubs. While speaking on a Chicago radio show on Friday, catcher Miguel Montero expressed his displeasure with the way he was utilized during the postseason.

Montero ended up on the field for the final out of the World Series, but he totaled just 12 at bats in Chicago’s 17 postseason games after being the team’s primary catcher for much of the season. One of those at bats was a crucial grand slam in Game 1 of the NLCS. He also drove in an insurance run that proved to be the decisive run in Game 7 of the World Series.

“It was different for me,” Montero said on Friday. “It was a different emotion because I didn’t get a chance to play. I was a little disappointed, to be honest, because I felt like I did a good job in the regular season but was left out a little bit. It made me feel a little like not important or maybe not as good to be in this lineup.”

As expected, David Ross was Chicago’s catcher whenever Jon Lester was on the mound, but manager Joe Maddon chose rookie Willson Contreras over Montero in almost every other game. Montero started just two games during the postseason, and he was removed for Contreras in the latter innings in both games. Montero didn’t start any of the Cubs World Series games despite the Indians starting a right-handed pitcher in all seven games.

However, more than the lack of playing time, the veteran says not being told about what his role would be during the playoffs is what bothered him the most. “I think the toughest part for me is they never communicated with me,” he explains. “I’m a veteran guy. They talk about veteran leadership. I have 11 years in the game and two All-Star [appearances]. I expected to be treated a little better. I was expected to get communication. Just let me know. Put me in the loop. That was the toughest part for me because I never understood what my role was going to be.”

Montero was also critical of Maddon’s handling of closer Aroldis Chapman. The catcher says he didn’t understand Maddon’s lack of trust in Chicago’s other relievers when Chapman was clearly affected by fatigue. “Of course he was tired. The guy threw 40 pitches two days ago,” Montero said. “You have guys in the bullpen doing the job all year — they should be able to help, too.”

Even before Montero’s comments, one had to wonder if the Cubs may look to trade him this offseason. He has one year left on his contract at $14 million, which is a lot of money if Montero ends up being the back up to Contreras next year, which seems likely at this point. The Cubs may also look to find some time behind the plate for Kyle Schwarber, which could further limit Montero’s playing time.

Montero is also coming off his worst offensive season since early in his career, although some of that could be attributed to inconsistent playing time over the second half of the season. The Cubs would likely have to pay part of his salary for next year to unload him, but it may be an avenue worth exploring, especially after Montero’s comments about is role during the playoffs.