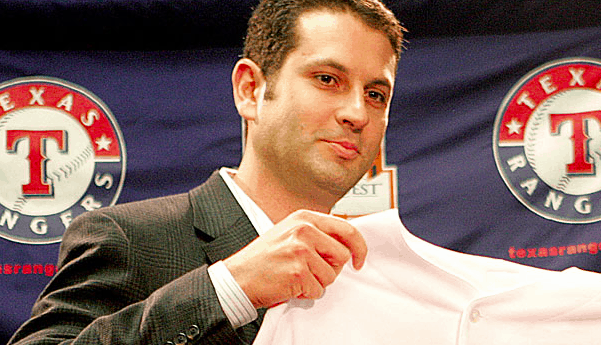 Posted on November 3, 2016 by Bryan Zarpentine 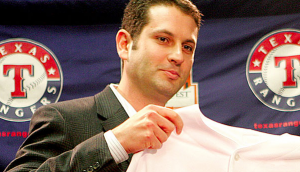 The Minnesota Twins announced on Thursday that they have hired Thad Levine as their new general manager. Levine spent the last 11 seasons as an assistant GM with the Texas Rangers. He will work under Twins chief baseball officer Derek Falvey, who joined the organization last month. Falvey and Levine both join an organization that was one of the worst in baseball in 2016, giving them both quite a lot of work to do this offseason. The Twins will hold a formal news conference on Monday to introduce Levine.

“I’m thrilled to add Thad Levine to the Twins’ baseball operations leadership team,” Falvey said in a statement. “I couldn’t envision a better partner to help return championship-caliber baseball to Minnesota. Thad’s leadership and management experiences across all facets of baseball operations make him the perfect fit for the role, and I’m looking forward to executing our vision together.”

With the Rangers, Levine was involved in player acquisitions, roster management, and contract negotiations. He was also put in charge of the team’s international scouting. Levine had a role in helping the Rangers reach the World Series in 2010 and 2011.

“As I embark on what I hope to be the most impactful phase of my career, I would like to thank the Pohlad family, Derek Falvey, Dave St. Peter and the Minnesota Twins fans for giving me the opportunity to join the Minnesota Twins family,” Levine said upon the hire becoming official. “I am inspired to work for the Twins franchise, known as being one of the best organizations in all of professional sports due to the stalwart leadership of the Pohlad family, commitment of its loyal workforce, talent of its players and unflagging loyalty of its fans.”

Levine played four years of college baseball at the Division 3 level. He never played baseball professionally, but he does own an MBA from UCLA. Levine has professional experience outside of baseball, including marketing work Coca-Cola and Reebok. Before his tenure with the Rangers, Levine also spent time with the Dodgers and Rockies. Much of his baseball background is in scouting and development, although he also has experience working with advanced metrics.

Levine and Falvey will not be making a managerial change at this point in time, as Twins ownership has told Paul Molitor that he will be back with the club in 2017. However, coming off a 103-loss season, it’s not hard to envision Molitor being on the hot seat if the Twins don’t get off to a fast start next season.

The Twins have quite a few young players who could be part of the long-term solution in Minnesota. However, one of Levine’s biggest tasks this winter will be to evaluate those young players and determine which ones have a bright future with the club. Byron Buxton, Max Kepler, Eddie Rosario, Jorge Polanco, and Miguel Sano are all young players who have the potential to be core players for the Twins as they rebuild, depending on how Levine views each. Levine is certainly one of the brightest young minds in baseball, but he has his work cut out for him as Minnesota’s new GM.