Minnesota Twins To Lose Trevor May To Elbow Injury 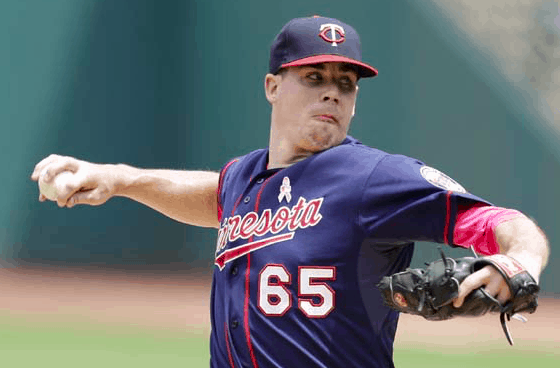 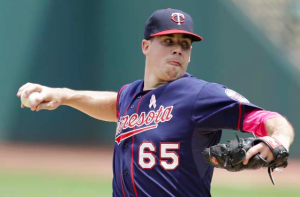 An already thin Minnesota Twins starting rotation may have just gotten a little thinner. The club announced Saturday morning that righty Trevor May has been diagnosed with a tear in his ulnar collateral ligament. May will seek a second opinion, but he will likely require Tommy John surgery, which will keep him out for the entire 2017 season.

May appears to have suffered the injury on Wednesday when he was facing Team USA, who was preparing for the WBC. He says he felt “a little grab” from his elbow in the 2nd inning, although he stayed in the game and ended up throwing 58 pitches over 3.2 innings. When the inflammation in his elbow failed to subside following the start, May sought medical attention for the problem.

“I downplayed it in my head,” May explains. “I thought it was some tightness in my flexors, something I’ve felt before. A lot of times it’s a coin flip for whether or not it’s nothing or it’s bad.”

What makes the injury particularly frustrating for May is the fact that he’s coming off an injury-plagued season for him in 2016. May had three separate stints on the DL last year because of back problems that limited him to 44 relief appearances.

“It’s a big blow, especially with how last year went and trying to get back to where it was,” May said. “I was excited. Unfortunately, I’m not going to be able to do that this year.”

After making nine starts for the Twins as a rookie in 2014 and 16 more starts in 2015, May spent the entire 2016 season pitching out of the bullpen. However, the Twins were giving him a chance to compete for a rotation spot this spring.

“I’m here competing for a spot, and I thought I made a statement that I’m supposed to be throwing in that capacity as a starter,” May said Saturday. “That vision I had for this season was starting to manifest itself. That makes the blow a little bit harder to take.”

If there’s a silver lining for the Twins, it’s that they already have four pitchers locked into rotation spots at the start of the season in Ervin Santana, Hector Santiago, Kyle Gibson, and Phil Hughes, although Hughes is returning from a season-ending knee injury he suffered last June. However, the injury to May alters the competition for the final spot in the rotation and hurts Minnesota’s rotation depth.

“I don’t think you ever have any misgivings that you’re going to go through the process without needing significantly more than five starters,” Twins GM Thad Levine said. “You hate to have it happen at this point to a player who’s put in the work that he’s put in, but the reality is that’s why we built up some of the depth we did coming into camp and it’s going to give other guys opportunities.”

With May out of the picture, 22-year-old Jose Berrios, Tyler Duffy, Ryan Vogelsong, and prospect Adalberto Mejia are competing for the final spot in Minnesota’s rotation. The 22-year old Berrios is considered the favorite after starting 14 games last season. That being said, Vogelsong brings a lot of experience to the table, while Mejia has had a strong performance this spring.

Considering Minnesota’s lack of pitching depth, both in the rotation and the bullpen, May figured to be a key figure this season, as he could have filled a role in either spot. Losing him won’t make or break Minnesota’s season in 2017, but it certainly doesn’t help.