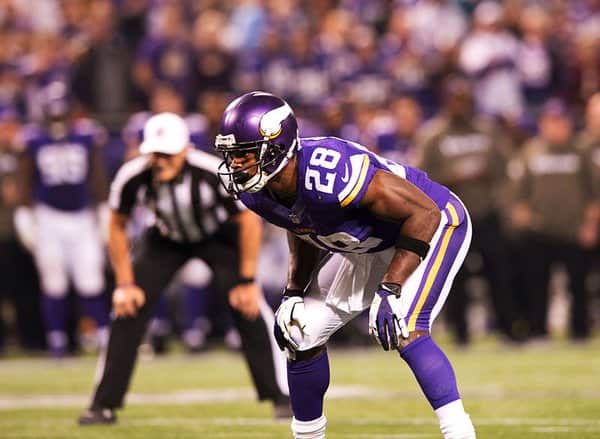 The 2016 NFL season’s first two weeks are in the books, which means it’s time to look at Week 3’s picks against the spread. Early Sunday afternoon, we have a battle of two NFC favorites in the Minnesota Vikings and Carolina Panthers. Who has the best odds in this one?

Just when things couldn’t get any worse a 2-0 Vikings team, things get worse. Teddy Bridgewater was lost during the preseason to a completely mangled knee. This past Sunday, Adrian Peterson came up limping, and now the culprit has been found to be a torn meniscus in his right knee.

It was one thing to overcome the loss of Bridgewater, and the Vikings made a drastic high-risk, high reward type of move by trading a first and another pick for Sam Bradford (who did play well Sunday night). However, replacing Peterson will be another tall task.

Let’s get right down to it: Peterson is going to miss time if he’s smart about this. It’s been reported by USA TODAY Spots that the star running back has a few options; he can play through the extremely severe pain, trim the injured cartilage or have it repaired. Peterson was already playing very poorly this season (31 carries for only 50 yards), so playing through that knee injury is seemingly out of the question, especially since he’s 31 years old. Trimming the damaged meniscus means that he could return in about a month, but that also means he has less shock absorption between the bones in his knee. Finally, repairing the meniscus entirely would mean the best for his future — assuming he wants to keep playing for the next few seasons — but it would also hold him out for the rest of the year more than likely.

The choice will be up to him, ultimately, but the Vikings are going to struggle with or without him. Jerrick McKinnion and Matt Asiata are expected to share the load in his replacement, but they’re a far cry from a healthy and productive Peterson.

Bradford, then, is going to have to carry this offense the best that he can. He has the reassurance of one of the NFL’s best defenses, but without a running game, how long can his offensive line keep him upright and not facing injury himself?

Suffice it to say, the Vikings have much to worry about despite being NFC North favorites and 2-0 at this point. And on top of all that, they have the Panthers to take on in Charlotte.

Speaking of the Panthers, they truly have started this year where they left off. After a close game against the Denver Broncos, they took to dismantling the San Francisco 49ers 46-27. The Niners defense isn’t bad by any means this season, but they still couldn’t slow down Cam Newton and company. Odds are, the Vikings’ D will struggle to keep them in the game — especially if their running game can’t get going against the Panthers.

Bets to Make: lay the points, banking on Carolina to just be in a better spot right now than the Vikings. Bradford was good Sunday night against the Green Bay Packers, but who knows what to expect from him moving forward, and without Peterson to worry about in the backfield. That said, take the under in this one. Minnesota is in for a rude awakening as far as point-scoring is concerned.