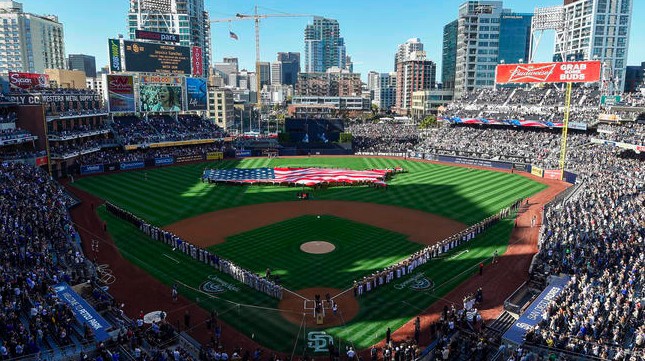 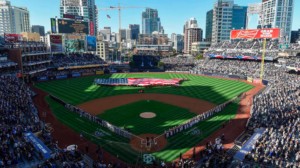 On the eve of the 2016 MLB All-Star Game, managers Terry Collins of the National League and Ned Yost of the American League announced their starting lineups during a press conference held Monday afternoon in San Diego. In addition to the batting order each manager has chosen, both Collins and Yost announced their starting pitcher for the game. After much speculation, Johnny Cueto of the San Francisco Giants was named the N.L. starter while Chicago White Sox ace Chris Sale will start for the A.L.

With the likes of Noah Syndergaard, Clayton Kershaw, Stephen Strasburg, and Madison Bumgarner unavailable to pitch in Tuesday’s game for a variety of reasons, Collins saw his list of candidates for the starting nod shrink considerably over the past week. In the end, Cueto was picked over the likes Jake Arrieta and Jose Fernandez, who many believed were serious contenders to get the start. Collins says he does not have a definite plan for who will pitch after Cueto, but he will do his best to get game action for the pitchers voted into the All-Star Game by their peers.

Meanwhile, Sale was named the A.L. starter by Yost, who wanted the southpaw to start last year’s game before he was ruled out after he started for the White Sox the Saturday before the All-Star Game. Sale currently leads the majors with 14 wins and ranks third in the A.L. with 123 strikeouts. Unlike Collins, Yost has a plan in place for his pitchers, announcing that Corey Kluber, Cole Hamels, Aaron Sanchez, and Jose Quintana will follow Sale and cover the first five innings of Tuesday’s game for the A.L. Team.

In addition to Cueto, the entire N.L. lineup is as follows:

Yoenis Cespedes and Dexter Fowler were originally voted in as starters but are unavailable due to injury. They have been replaced by Ozuna and Gonzalez. Collins also chose to add Myers to the starting lineup as the DH, allowing him to play in front of his hometown fans in San Diego.

Playing behind Sale will be the A.L. lineup:

Those will be the starting lineups among the 79 players selected to the All-Star Game, including injury replacements. Heading into this year’s game, the American League has won 15 of the last 20 All-Star Games, giving them plenty of momentum against their National League rivals in a game that will once again determine home field advantage in the World Series. Game time is scheduled for Tuesday at 8 p.m. eastern.