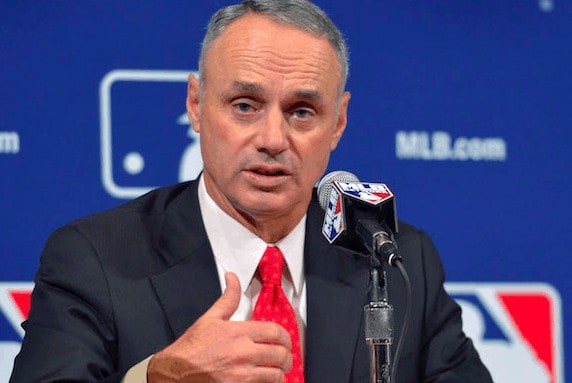 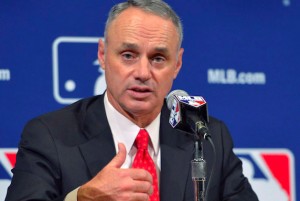 Negotiations for a new collective bargaining agreement in Major League Baseball are underway, as the current CBA is set to expire on December 1. One of the changes that could be part of the new CBA involves roster size. According to a report from Ken Rosenthal published earlier this week, rosters are likely to expand to 26 for the upcoming season, allowing teams to carry one additional player than is currently allowed.

The additional roster spot would likely please the Players Union, as it would mean 30 additional big league jobs for players. However, part of the trade off for allowing for an extra roster spot during the season would be a compromise on the number of September call ups teams are allowed to make. Currently, teams can expand their rosters all the way to 40 players on September 1. While most teams only bring up a handful of extra players for the final month, a few have put close to 40 players on their active roster, drastically altering the look and depth of a team for the final month of the season.

Rosenthal indicates that the rule could change to only allow up to 28 players on the roster in September, meaning only two extra players could be called up if the regular season rosters do indeed increase to 26. Rosenthal adds that teams may be allowed to make alterations to that 28-man roster in September, although not necessarily on a daily basis. This would give teams some flexibility to look at young players in September without their clubhouse becoming  overcrowded.

From the perspective of the Players Union, expanded rosters in September give players an opportunity to increase their service time, which can pay dividends down the line in a number of ways. However, team executives have started to express their dismay in the most important games of the season in September being played by a different set of rules than the previous five months. It appears that giving the Players Union an extra 30 jobs is going to be enough to make this concession.

If MLB rosters are indeed expanded to 26 players next season, the question then becomes how teams will utilize that extra spot. It stands to reason that most would use it on an extra reliever, giving managers even more freedom to make pitching changes during the course of a game. This would only serve to slow down the pace of the game, an issue that commissioner Rob Manfred has spoken about often during his tenure. Manfred has also spoken about the possibility of limiting the number of pitching changes a team can make in an inning, a possible solution to the issue if he can get it negotiated into the new CBA.

There are likely to be a plethora of changes made with the new CBA, but one that appears to be a safe bet is the expansion of rosters to 26 and the end of widespread call ups in September. Both sides appear to be in agreement, so fans and managers alike should be prepared to have an extra player on the roster in 2017 and beyond.