Many expected Tom Brady to play like a man possessed after serving his suspension, and he has pretty much done just that. His play has many calling for him to be the MVP this year even though he missed four games. But historically, the Baltimore Ravens have done alright against Brady. In fact—they have managed to make Brady look average. 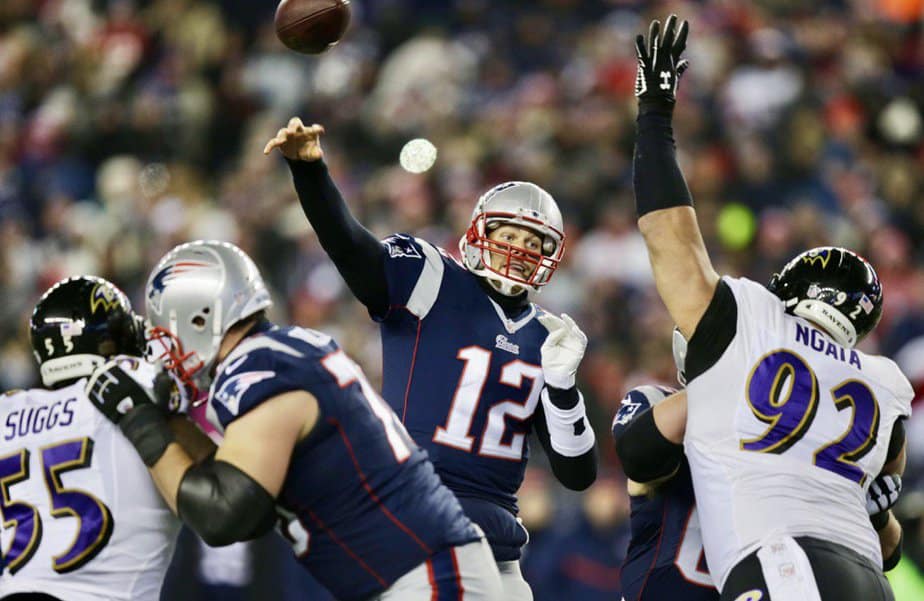 However, regardless of how Brady has played, the Patriots have done what matters most when they play the Ravens—win. Brady has a 5-3 record against Flacco and the Ravens, but when it comes to the postseason, he is just 2-2.

“We have to go up into a hostile place in New England that we really enjoy playing,” Flacco told the media. “It’s going to be another important game in December up there on a Monday night, and it’s going to be a lot of fun. I’m looking forward to it, big time.”

Joe Flacco and the Ravens offense looked incredible last week against the Miami Dolphins in a 38-6 win. Flacco connected on 36 of 47 passes for 381 yards and four touchdowns on the day against the Dolphins No. 25 ranked defense—something that will not be nearly as easy against the Patriots No. 9 defense.

But the Ravens may not be too worried about how much offense they produce because their defense is going to make life hard for Brady and whoever is healthy enough to take the field with him.

Rob Gronkowski is out for the season, and Danny Amendola has already been ruled out for Sunday’s game. Martellus Bennett is banged up as is Brady. Yeah, guys are always hurting to some degree this late in the season, but Brady’s ailments appeared to be getting to him last week. Baltimore’s top-ranked defense is not going to take it easy on them.

Having uncovered the secret to success against the Patriots will certainly help:

“The thing that too many people try to do is to be too coy,” Ravens defensive coordinator Dean Pees said. “It doesn’t work.” 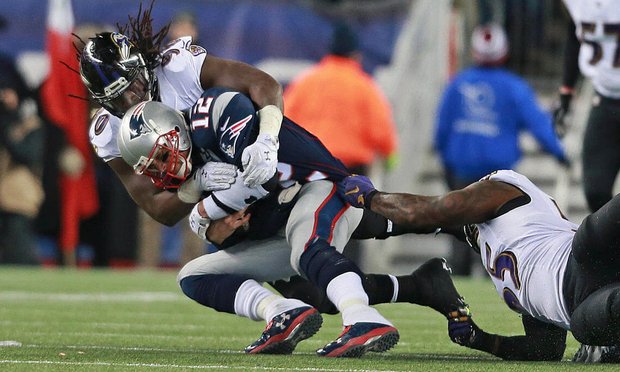 So rather than throw a bunch of elaborate blitzes at Brady, the Ravens will likely stick with rushing their front four and dropping everyone else off into coverage. This style of play only works if everyone does their job. If the pass rush doesn’t put pressure on Brady, he’ll eventually pick the Ravens apart. If the defensive backs and linebacker don’t cover well, it will not matter how little time Brady has.

If everyone doesn’t tackle well, the Ravens will be in trouble. All it takes to turn a two-yard loss on a pass to Dion Lewis in the flats into a 12-yard gain is one missed tackle.

But that’s just football, right? Defensive lineman rush the passer, linebackers, and defensive backs cover guys and everyone tackles. The team that does that the best usually wins.

It will not matter how well the Ravens defense plays if Joe Flacco can’t get the offense on track. They don’t run the ball well making Flacco getting in sync with his receivers early vital to the team’s offensive success—while not turning the ball over.

New England isn’t a very opportunistic defense, and they still win so Flacco can’t make life easy on them by throwing interceptions.

So—who’s going to win? No one creates something from nothing quite like Bill Belichick and Tom Brady, so it is always hard to imagine the Patriots losing to anyone. They always seem to find a way to win. But at least on paper—the Ravens have a shot.