Monday Night Football Preview: Carolina Panthers vs. Washington Redskins—Washington Needs It But Can They Get It?

Technically, the Carolina Panthers are not out of the playoff picture yet. It may seem hard to believe with how they’ve played this season and their 5-8 record, but mathematically they are still alive. But to remain alive, they need the Dallas Cowboys and San Francisco 49ers to do them a favor Sunday and then take care of business themselves Monday night with a win.

The Redskins can’t win the division this year, but they still have a shot at No. 6 seed in the NFC. They’ll be hoping Dallas does them a favor Sunday night by beating Tampa Bay, but if they can’t handle their own business Monday night, it will not matter. 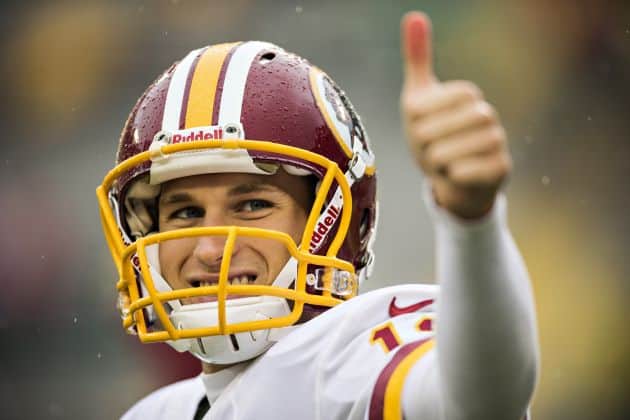 So—can they? Can the Washington Redskins keep last year’s NFC Champions down or will the Carolina Panthers rain on their parade?

Much of the attention leading up to the game (and likely during the broadcast) has been about Redskins defensive back Josh Norman facing his old team. The Panthers had placed the franchise tag on Norman after last season, but when it became clear they were not going to be able to sign him to a long-term deal, they decided to let him go—opening the door for Washington to snap him right up.

Norman has been quite vocal about feeling surprised and stabbed in the back by the Panthers but appears to have his priorities in order leading up to the game. He has no intention of gloating over the Panthers struggles or kicking them while they are down—especially since he has more important things to occupy his time with:

Washington’s chances do not lie as much in what Norman can do to, but if quarterback Kirk Cousins can continue to light up opposing offenses. So far this season, Cousins is third in the NFL with 4045 passing yards. He’s completing 67.5 percent of his passes, is one of six players with a rating over 100, is averaging over 300 yards/game (one of four in the NFL), and has thrown 23 touchdown passes next to nine interceptions.

He’s playing well, and has been an essential part of the Redskins success on offense since their running game hasn’t been reliable this year. They thought Matt Jones was the answer, but realized after a few games he wasn’t. Robert Kelley appeared to be the one after running well against Cincinnati, Minnesota, and Green Bay. But the last three weeks have not been very good.

It would be surprising to see him do well against Carolina’s highly ranked run defense. But the Redskins are not likely to worry much about the running game when they have DeSean Jackson, Pierre Garcon, and Jordan Reed ready to make a young, poor Panthers secondary look foolish. It would not be surprising to see them try to do so early and often with the deep ball (Cousins has completed 50 percent of his attempts over 30+ yards). 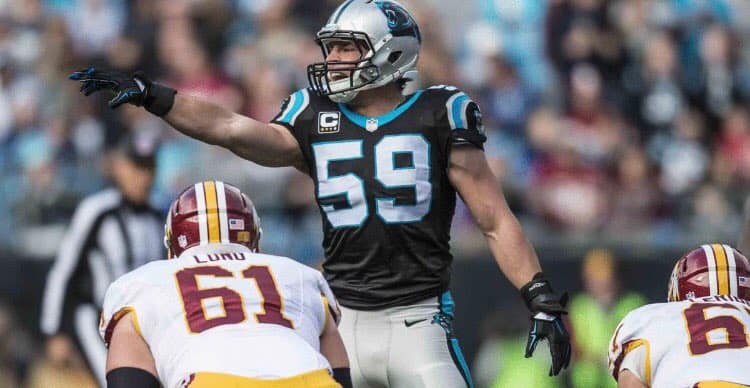 The Panthers will certainly not make winning easy on the Redskins, of course. Linebacker Luke Kuechly has been cleared to return from the concussion he suffered a few weeks ago, but the Panthers have yet to say if he’ll play. His presence will certainly have an impact on how well the Panthers defense will play.

While Cam Newton and the Panthers offense have not looked much like the group that won 15-games during the regular season last year, it is still a formidable unit. While they are not winning like they were last season, the talent is there to take over a game–if they can get things to click.

But it will all come down to how well Kirk Cousins can get the offense to play against the Panthers defense. Last season, it didn’t go so well (Panthers won 44-16; Panthers defense forced five turnovers).

“Hopefully, we don’t turn it over five times,” Cousins said. “You’d like to think we’re a more mature team … and you protect the ball better.”