Dallas Cowboys fans are experiencing some strange feelings right about now. For the older fans, it’s a familiar feeling but one they haven’t experienced in many, many years. It’s something fans of the New England Patriots experience all the time and every team wishes they could experience at least once.

So—what is that feeling? Well, it is a lot different than the one fans of the Detroit Lions are going through. 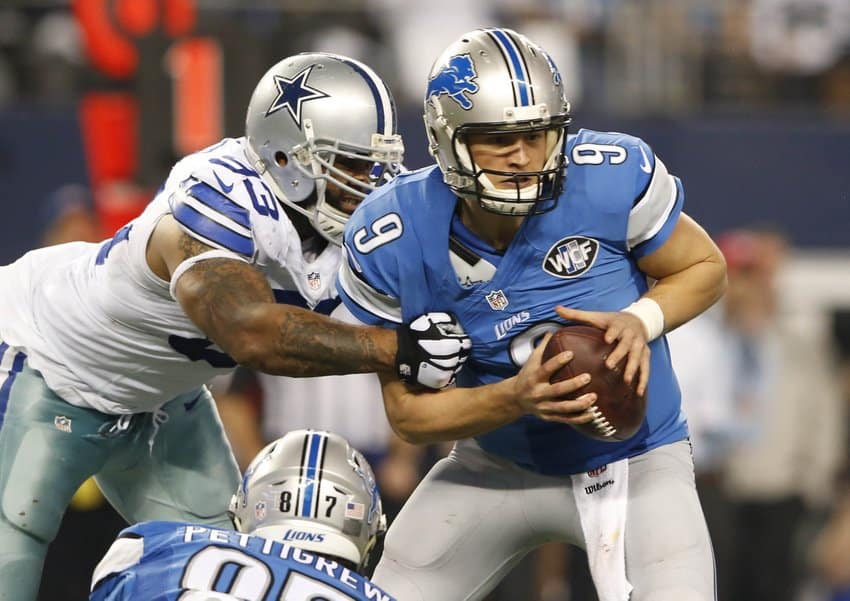 Lions fans—or at least the honest ones—are not sure how to feel about their team. They have a 9-5 record, lead the NFC North, and control their own destiny; one that currently includes their first division title since 1993.

All they have to do is win out, and the division title is there’s. Of course, doing so will not be an easy task with the Dallas Cowboys on deck Monday night and what will likely be a de facto NFC North title game against the Green Bay Packers to close the regular season.

With how Aaron Rodgers has been playing lately, the Lions would rather wrap up the division this week with a win over the Cowboys (and a Packers loss). But do they honestly think they can take down Dallas?

Everyone thinks they can beat whoever they play. If you listen to Golden Tate, the Lions may have a trick up their sleeves for Monday night. When asked about the Dallas defense, Tate said he thinks they are very good—not all-world—but that they have their flaws.

Of course, they do, but the problem will be whether the Lions will be able to exploit whatever flaws they think they’ve identified. They can’t run the ball (81.7 yards/game) and will have an even harder time running against one of the best run defenses in the league.

Many people thought the Lions passing game would suffer when Calvin Johnson retired, but since he feels no pressure to throw the ball to anyone, Stafford has done a great job of spreading it around. Five guys have over 47 receptions; seven have caught a touchdown pass. Stafford has played well this season, and it is not hard to imagine him doing well against a questionable Dallas secondary.

However, after struggling in recent weeks, the Cowboys defensive backs did just fine against Jameis Winston last week. The Buccaneers quarterback completed just 17 of 35 attempts for 247 yards, two touchdowns, and three interceptions. 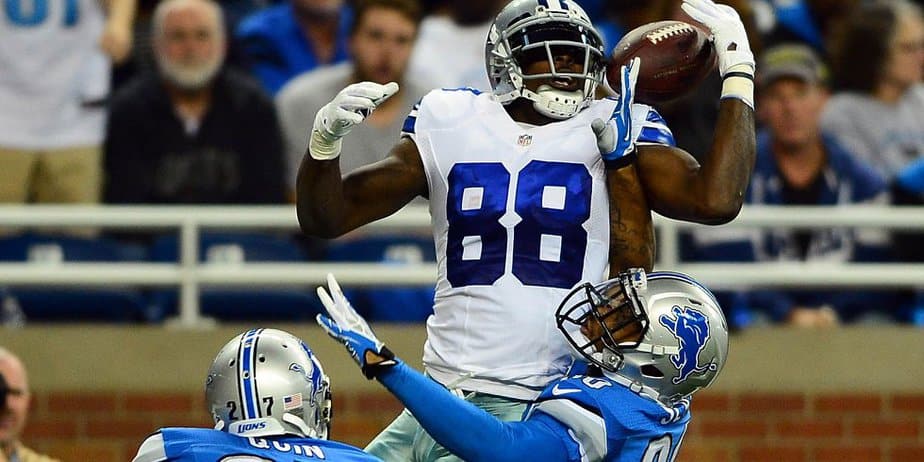 But that was just one game against a young quarterback with young wide receivers. Stafford is a seasoned veteran with some good veteran receivers in Golden Tate, Marvin Jones, and Anquan Boldin. Can the Dallas secondary handle them as well as they did the Buccaneers?

They may be a little more dependent on the pass rush to do so. The Dallas front seven put a fair amount of pressure on Winston with four sacks and ten hits. Randy Gregory is expected to play and could provide the team with some much-needed pressure.

Stafford is still dealing with an injury to the middle finger of his throwing hand (joint dislocated, torn ligaments). He has been wearing a glove to protect it but has admitted that his accuracy and velocity have been affected.

The injury occurred early in the game against Chicago a couple of weeks ago. Since then, he’s only thrown one touchdown pass and three interceptions, one of which was returned for a touchdown. In the eight games before the injury, he threw 14 touchdown passes and just one interception.

For the Lions to win, they have to protect Stafford. They can’t let the Cowboys beat him around even a little and remind him how much his finger hurts. Stafford will need to be as accurate as possible too. The Dallas secondary proved they can be ball hawks when passes are off. The last thing they need to do is give Dak Prescott a short field to work with.

Oh—as for that “feeling” Dallas fans are enjoying; it’s the joy and confidence that comes with knowing you can have high expectations for your team and knowing the chances are good your team will surpass them.