During the offseason, the New York Giants spent upwards of $200 million to upgrade their defense. Against the Dallas Cowboys and New Orleans Saints, it appeared as if the investment was going to pay off. Then came a 29-27 loss to the Redskins in Week Three that the defense didn’t play terribly in, but it didn’t step up when the team needed it to most.

With a 24-10 defeat at the hands of the Minnesota Vikings Monday night, it is not hard to wonder if a little buyer’s remorse is being felt by the Giants front office. 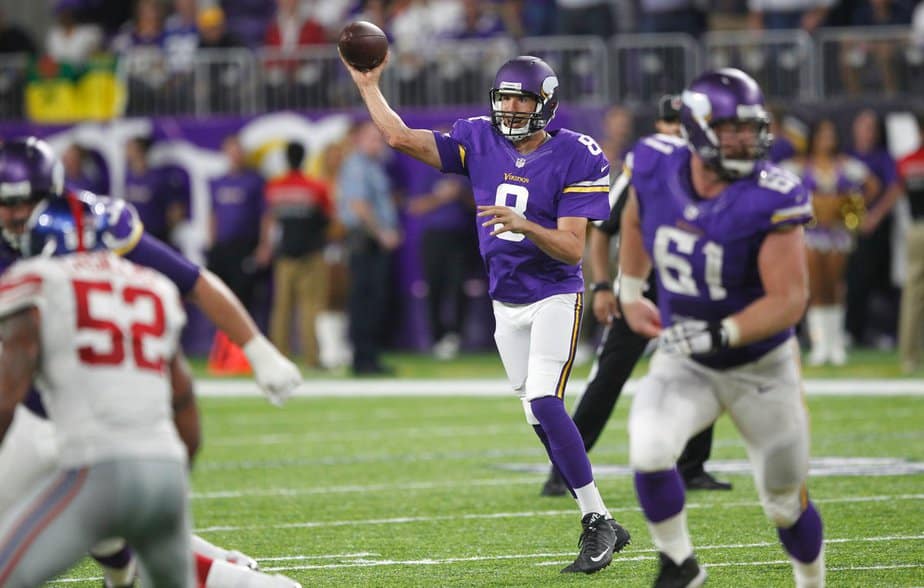 That’s not to say that the Vikings are not a good team. They came into the game as one of the few remaining undefeated teams in the NFL and the most surprising team in the league.

When a team loses its starting quarterback and starting running back within the first two weeks of the season, undefeated is the last thing it should be. But when the front office pulls off a miracle trade and brings in a former No. 1 pick to play quarterback, it becomes okay to have hope. When the defense lives up to the hype and starts to dominate opponents, it becomes okay to develop expectations.

Dominate is what they were expected to do against the Giants one-dimensional, and dominate they did. Eli Manning wasn’t sacked, but he did throw an interception and only completed 25 of 45 pass attempts for 261 yards—and had a very hard time connecting with his superstar, Odell Beckham Jr.

Xavier Rhodes limited Beckham to just three catches for 23 yards (worst game of his career; he was targeted nine times). Beckham was clearly frustrated with how things were going and was flagged once for taunting. He should have been flagged for a late hit out of bounds on another play and ejected (for a second personal foul), but no flag was thrown.

The defensive play out of the Vikings was expected, but what has been unexpected is the play of Sam Bradford. He’s not doing a ton, but he is doing enough and doing it well and without error. He has yet to throw an interception this season and has completed 69.5 percent (66-95) of his throws. It’s only the third time in his career that he has gone three games without throwing an interception.

“He’s pretty poised in there,” Vikings head coach Mike Zimmer said about his QB after the game (NFL). “He made two great throws to Charles Johnson, he made some throws to (Kyle) Rudolph. The touchdown throw to Rudolph I thought was big. He continues to do the things that we ask of him to do.”

What makes his early success even better is that as he grows more familiar with the Vikings offense and its playmakers, he is just going to get better. However, as teams catch on to the Vikings simple offensive plan, Minnesota will have to start taking a few more chances.

Bradford and the Vikings have the Houston Texans coming to town next, followed by a week off, and then a trip to Philadelphia to face his old team. Eli Manning will try to get the Giants back in the win column next Sunday night against the Green Bay Packers.