Joe Flacco needed to guide the Baltimore Ravens to a win over the New England Patriots Monday night—and fans believed he would. After watching him destroy the Miami Dolphins with ease the week before, they had high hopes he could have the offense clicking again against the Patriots.

What it takes to destroy the Dolphins and what it takes to beat the Patriots are two totally different things, but Ravens fans had to hope for the best from their team to keep up with the Pittsburgh Steelers after Le’Veon Bell single-handedly destroyed the Buffalo Bills Sunday. 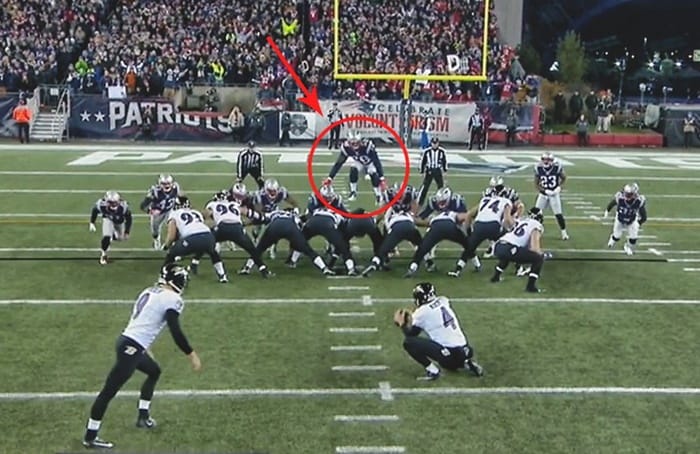 What Flacco and the Ravens were able to do in the first half didn’t even come close.

The Ravens defense got the game off on the right foot for Baltimore by forcing a pair of three and outs, but after one of the punts, the offense started the ensuing drive on the one-yard line. Poor Kenneth Dixon didn’t stand a chance on the next play and was easily tackled for a safety.

Anytime you allow the opposing defense to score points–it’s bad, but things only got worse for the Ravens. Joe Flacco finally got the offense moving the next time they got the ball, but the drive stalled at the New England 16-yard line forcing the Ravens to attempt a 34-yard kick.

But linebacker Shea McClellin jumped over the center and easily blocked the kick. LeGarrette Blount scored a touchdown from one-yard out on the Patriots next drive, Brady threw a touchdown pass to Malcolm Mitchell on the next, and the route appeared to be on.

It nearly did get ugly on New England’s next drive, but Eric Weddle intercepted Brady in the end zone. But the game still got a little uglier before it became prettier.

The Patriots extended the lead to 20 with a touchdown on their opening drive of the second half, but then poor special teams play opened the door for the Ravens to get into the game. 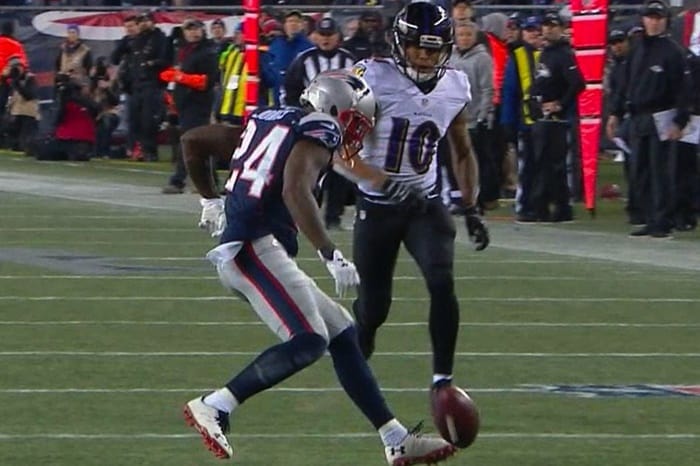 Cyrus Jones muffed a punt in the third quarter setting the Ravens up on the New England three-yard line. Two plays later Flacco connected with Darren Waller in the end zone closing the gap to 23-10—but the fun didn’t stop. Mathew Slater fumbled on the ensuing kickoff, the Ravens recovered, and four plays later cut the gap down to six points, 23-17, late in the third quarter.

Suddenly, fans had a competitive ball game on their hands—and the Ravens were not done yet. They closed the gap a little more with a 38-yard field goal with 6:35 to go.

Baltimore would kick another field goal to close the gap to 30-23, but couldn’t stop LeGarrette Blount and never saw the ball again.

“It was a big game for us,” Brady said after the game. “You play at home in December on Monday night against a great defense, it was important for us to come out and play well. We knew it was gonna be a 60-minute game.” 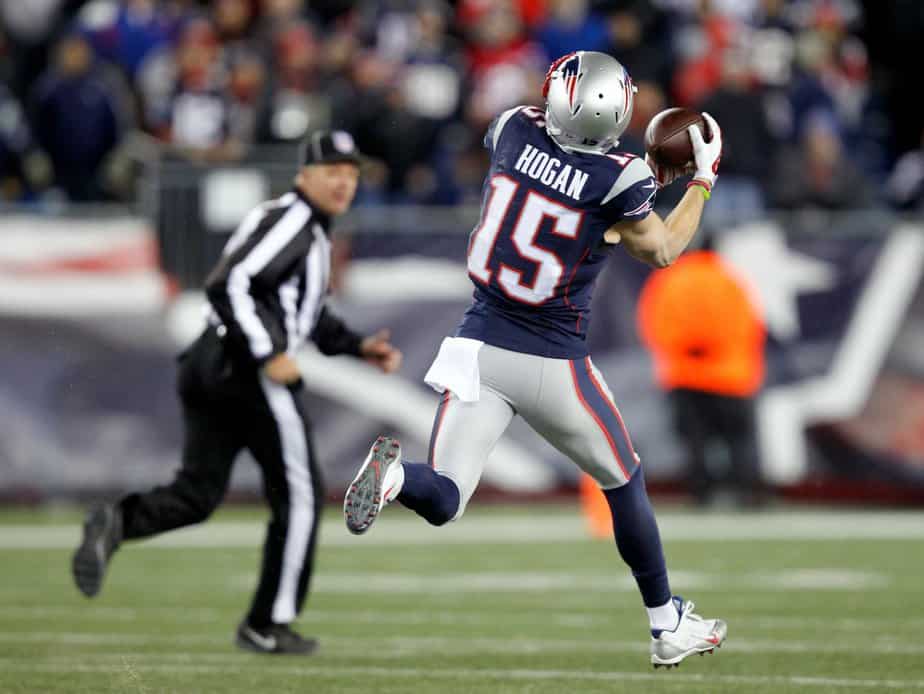 The loss drops their record to 7-6 and leaves the Steelers sitting atop of the division with three games to go, and games against the Eagles, Steelers, and Bengals still to be played. Pittsburgh’s remaining three games are against the Bengals, Ravens, and Browns.

Chances are good the division winner will be whoever wins on Christmas Day when the two meet.