Monday Night Football Recap: Texans At Broncos–Houston, We Have A Problem And Its Name Is Brock Osweiler 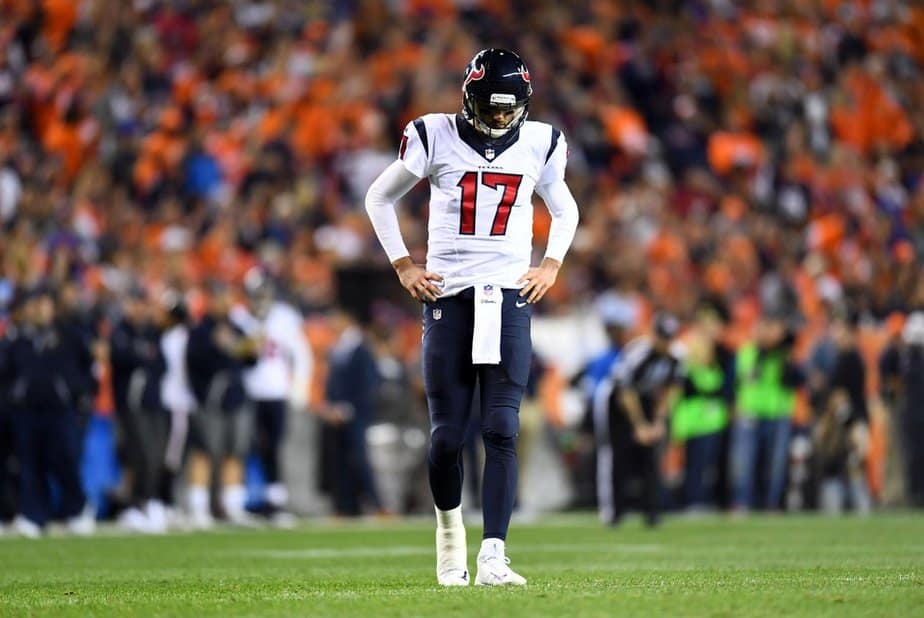 As cliché as it sounds, the words could not be truer—Houston, we have a problem. They gave the problem a $72 million contract in the offseason to get him away from the Denver Broncos, and after a historically bad performance against the very same Broncos, the Texans should have buyer’s remorse in regards to quarterback Brock Osweiler.

He has shown flashes of potential at times throughout the season, but his accuracy when he throws downfield is lacking (and has resulted in several interceptions). But he was on late in the game against the Indianapolis Colts. So maybe he just needs time? 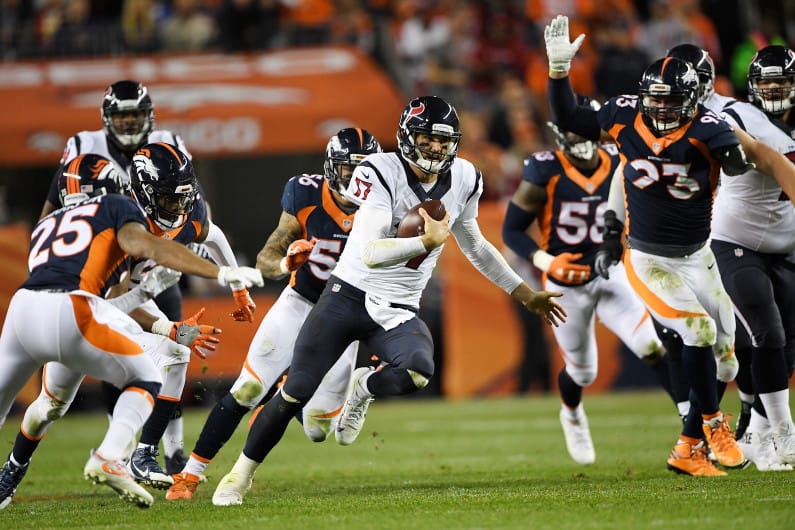 If that is indeed the case, Houston fans may want to lower their expectations for the season. With how the team dropped Monday night’s game to the Broncos, 27-9, the future does not look good.

The defense, even without J.J. Watt, is still one of the better units in the NFL and showed that early by forcing three and outs on the Broncos first three drives of the game. Denver had only had three first quarter three and outs all season.

The offense didn’t look too bad at first. Houston could move the ball, but couldn’t complete drives. Thus, they were only able to manage a pair of field goal attempts, but for a time had a 6-0 lead. But for some odd reason, the Texans didn’t focus on the run as much as they should have (since that was the Denver defense’s one weakness).

Instead, they tried to mix in a bunch of short passes against a team that tackles well with a few runs and a handful of deep passes. Had Osweiler connected on a few of them, maybe the Texans would have had a chance, but he missed on all seven pass attempts longer than 15 yards (he’s actually the worst in the NFL among qualifying quarterbacks when it comes to throwing downfield).

Against a team with quick, hard-hitting linebackers and solid tackling defensive backs, the short passing game worked right into Denver’s hands. This way they could stack the box against the run but still be in a position to defend against the short passes.

In the end, Osweiler’s return to Denver wasn’t just bad—it was historically bad. With just 131 total yards, he had the second worst performance by a quarterback throwing 40+ passes (Jesse Palmer holds the record). His per attempt average of 3.2 yards is the worst in the NFL this season (overtaking Case Keenum’s dreadful game in Week One).

He also became the first quarterback in NFL history to have three games with less than 200 yards passing and 40+ pass attempts—and there are still nine games to be played.

Denver didn’t try to have Trevor Siemian do too much, and he didn’t—but he didn’t make any mistakes (like Osweiler with his fourth quarter fumble).

It’s not hard to understand why Houston is not throwing downfield very much anymore. Osweiler’s accuracy issues have resulted in several interceptions. Going with the short game reduces the possibility of him throwing a pick, but he hasn’t proven to be very good at it either.

Houston will try to get Osweiler on track next week when the Detroit Lions come to town. The Lions have had their own issues, but have proven to be very resilient this season. Denver will get a chance to avenge their second loss of the season with the San Diego Chargers coming to town.