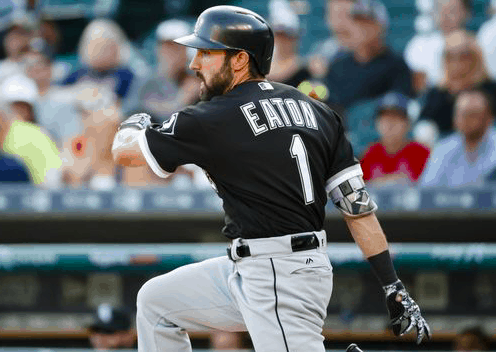 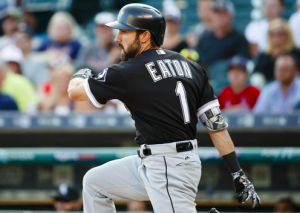 The Washington Nationals have spent much of the past week trying to acquire a center fielder, and they appear to have found their man. On Wednesday, the Nationals acquired Adam Eaton from the Chicago White Sox in exchange for three pitching prospects: Lucas Giolito, Reynaldo Lopez, and Dane Dunning. The trade is Washington’s first big splash of what could be an eventful offseason. As for the White Sox, the trade continues what could be a full-scale fire sale following Tuesday’s trade of Chris Sale to the Red Sox.

The move for Eaton appears to have come together quickly from Washington’s perspective. Just a few days ago, the Nationals appeared poised to work out a trade with the Pittsburgh Pirates for Andrew McCutchen. At one point, the Nationals also looked to have the inside track on trading for Sale. However, neither of those trades ended up coming to fruition. Instead, the Nationals have ended up trading for Eaton.

With Eaton on board, the Nationals will be able to move Trea Turner back to his natural shortstop position after Turner finished last season in center field following a disappointing campaign from Ben Revere. Of course, Eaton played primarily right field for the White Sox in 2016, and was actually a Gold Glove finalist in right field, although he was Chicago’s main center fielder in both 2014 and 2015, so he should not have trouble moving back to the position.

Offensively, Eaton hit .284 with 14 home runs, nine triples, and 29 doubles in 2016, good for an OPS of .790. Those numbers are almost identical to the numbers he posted on 2015, and so the Nationals have a good idea of what to expect from Eaton next season. Another important aspect of the deal is that Eaton is under team control for five more seasons, and so Eaton could be Washington’s center fielder for many years to come.

Of course, the Nationals paid a high price to acquire Eaton, with Giolito being the headliner. A year ago, most considered Giolito to be the top pitching prospect in all of baseball. He struggled in his first few big league outings, in part because he was rushed and ended up making his major league debut at 21. But his ceiling remains incredibly high, as he has the stuff to potentially grow into an ace and one of the best pitchers in the game.

Like Giolito, Lopez also made his big league debut in 2016 and is still just 22. He struggled initially after getting called up to Washington, but he put together some good performances in August and September, and received at least some consideration to make a postseason start. Lopez has an electric fastball, and if he can continue to refine his stuff and command, he has a chance to be a solid mid-rotation starter, perhaps something more.

Dunning, meanwhile, was Washington’s first round pick in 2016. He’ll need two or three years in the minors after a standout college career at the University of Florida, but he has all the tools to grow into a quality major league starter one day.

Giving up Giolito, Lopez, and Dunning for Eaton is a substantial price for the Nationals. The move is obviously geared towards the short term, but the loss of Giolito and Lopez will hurt Washington’s rotation depth in 2017 and could come back to hurt them if the Nationals suffer injuries to their starting rotation next season.

As for the White Sox, after acquiring four talented young players in the Sale trade, they add three more talented young pitchers in this trade. The White Sox now have six of the top 100 prospects in baseball, according to MLB.com, four of whom are pitchers. In the span of a couple days, their farm system has become one of the most notable in baseball. Two or three years down the road, the White Sox could have an exciting roster at the major league level, specifically with regard to their pitching, especially if they continue their apparent fire sale.