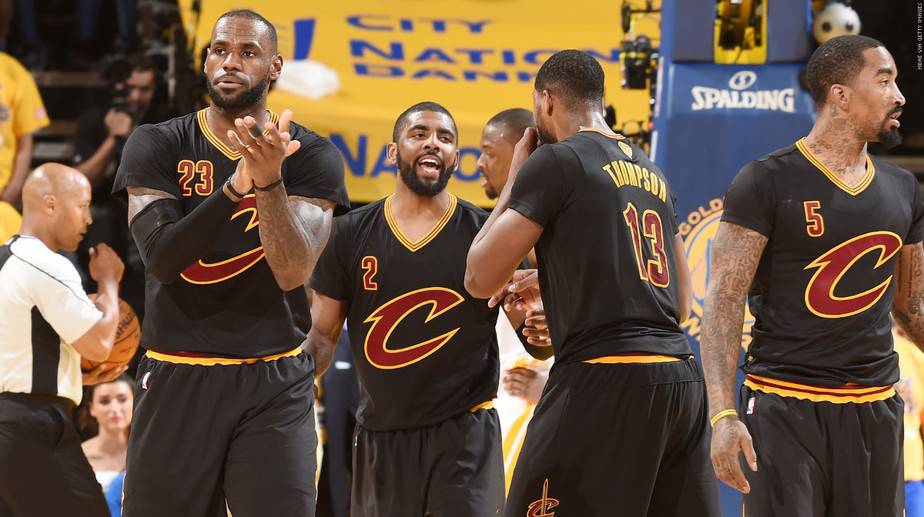 The world expected the Golden State Warriors to close out the NBA Finals Monday night with a win over the Cleveland Cavaliers at home. They would have to do without the services of Draymond Green, who was suspended for the game, but with the roster of playmakers, they have that wouldn’t be a problem.

Surely with a chance to close out the series fans would finally see their favorite pair of superstars do what helped make them famous. Well—a couple of superstars did have a game for the ages; just not the two Golden State fans were hoping would. 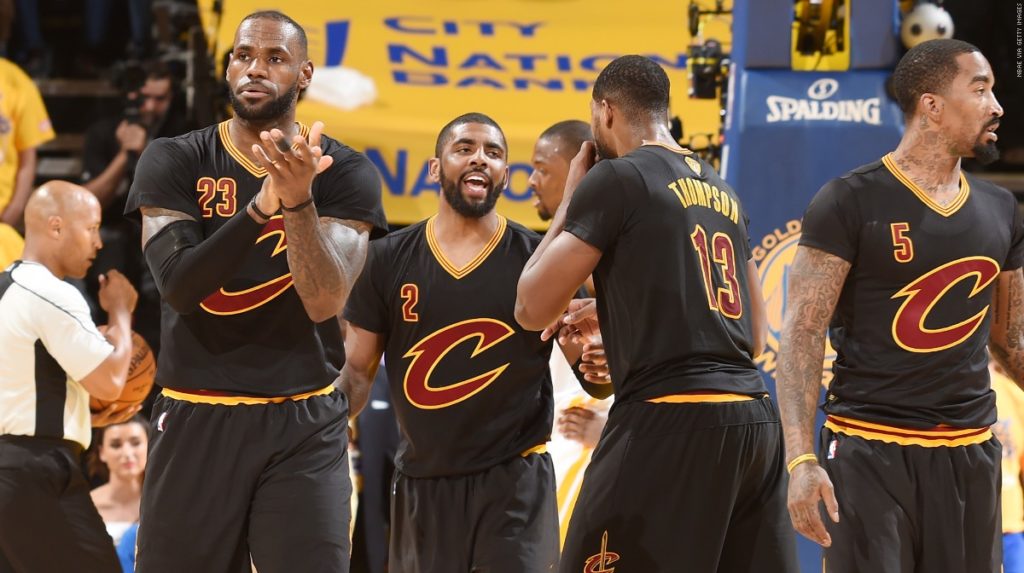 The heroes of the night were not the Splash Brothers, but Kyrie Irving and LeBron James. The duo had a record-setting night by combining to score 82 of Cleveland’s 112 points to lead the Cavaliers to a surprising 112-97 victory over the Warriors.

“We had a mindset that we wanted to come here and just extend our period and have another opportunity to fight for another day,” James said after the game. “That was our main concern, and we were able to do that.”

James made some history of his own by becoming the ninth player in NBA history to score 1000+ career points in the NBA Finals. With 41 points, 16 rebounds, and seven assists he became the first player with at least 40 points, 15 rebounds, and five assists in a Finals game since Shaquille O’ Neal did it in 2001.

He also passed Michael Jordan for most 20+ point games in postseason history with his 174th.

Both teams fought hard in the first half of the game. Golden State’s defense suffered without Draymond Green in the lineup. Green wasn’t even allowed in the building and ended up hanging out with Marshawn Lynch while watching the game from a suite at O.co Coliseum during an Athletics game.

With neither team playing great defense, it was evident after the first half ended with a 61-61 tie that both teams were trying to outscore the other. Irving and James had no trouble finding the basket in the first half. While Steph Curry struggled once again to find his shot, it was Klay Thompson to the rescue with 26 points and six three-pointers in the half.

However, in the second half, the Warriors couldn’t buy a shot. As a team, they had hit 11 of 21 three-pointers in the first half but in the second they only managed to hit three of 21 attempts (and only one of ten in the final period). James, on the hand, couldn’t miss in the third period, and where he left off in the last period, Irving took over.

“We weren’t very good defensively,” Warriors head coach Steve Kerr said after the game. “We obviously knew we were without Draymond, so there’s no point in harping on that. We had to play better, and we didn’t.”

Many will focus on the absence of Green and Andrew Bogut’s injury as factors, but there was much more to the Cavs winning and Warriors losing. Yes, the Warriors defense was lacking, but it didn’t help that they turned the ball over 17 times or that Steph Curry continues to have trouble finding his shot (8-21; 5-14 from three-point range).

Great players make great plays. LeBron James and Kyrie Irving certainly are. If the Golden State Warriors are going to close out the series in Cleveland, Steph Curry needs to start making a few.