Every game in the NBA Finals is important, but the impact of Game Four Friday night was going to be significant no matter how it turned out. A win by the Cleveland Cavaliers would turn this into a competitive series while one by Golden State would—well, it would do the exact opposite.

For the first time in the series, fans were treated to a competitive basketball game.

The two teams traded the lead back and forth several times in the first half, but as the half came to a close, the Cavs had managed to open up a 55-50 lead. LeBron James was not real active during the first two periods, but neither was Steph Curry of Klay Thompson—so the Cavs were okay. 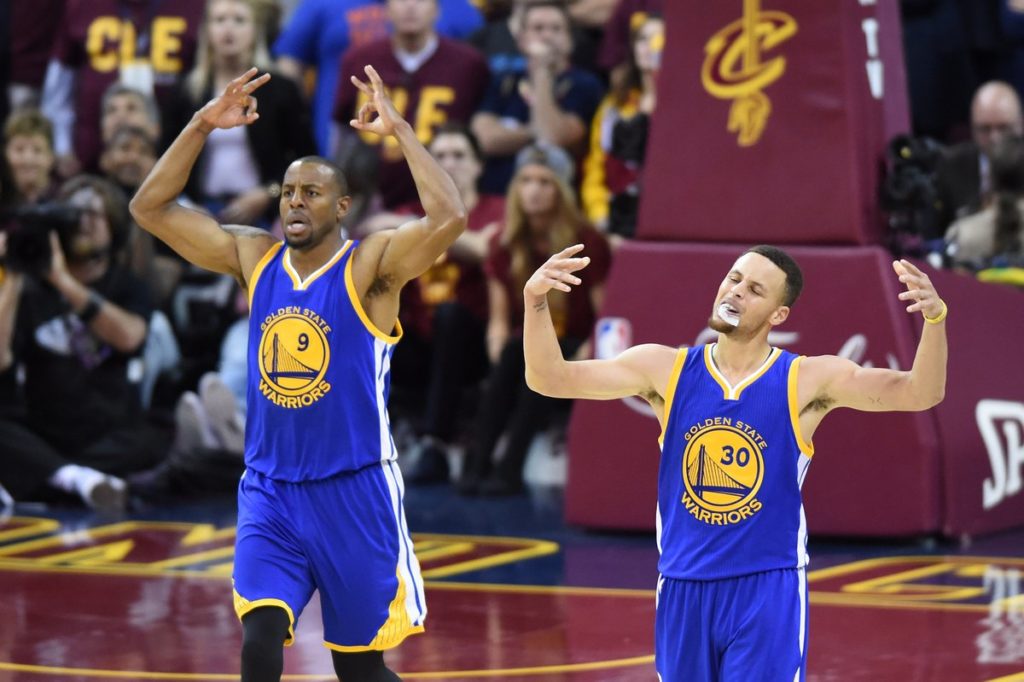 That wasn’t the case in the second half.

Curry and Thompson both began to find their shots in the third period and after a few three-pointers were able to close the gap. They were only able to pull ahead by two going into the final period but quickly fell behind by two early in the fourth.

The game appeared poised for an epic finish—but then the wheels fell off for the Cavaliers.

After a LeBron James dunk gave the Cavs an 83-81 lead with a little over ten minutes to go, Cleveland couldn’t buy a shot. Over the next seven minutes of game time, the Warriors went on a 15-3 run that pretty much iced the game for Golden State. They only made 9 of 21 shots in the period for 20 points; Golden State scored 29.

For the first time during the series, the Splash Brother led the way for the Warriors. Curry hit 7 of his 13 three-pointers en route to a 38-point night (11-25 from the floor; 9-10 from the free throw line). Thompson chipped in four more three-pointers (7-14 from the floor) and 25 points.

“Work’s not done, obviously,” Curry said after the game. “I’m glad I showed up a little bit, but we’re not done. We’ve still got some work to do.”

Along with Harrison Barnes (who went 4-5 from three-point range) and Andre Iguodala two three’s, the Warriors ended up setting a new record for most three-pointers in an NBA Final game (17).

It was also the first time a team won a game in the Finals after making more three-pointers (17) than two-pointers (16).

Cleveland didn’t play a bad game; they just didn’t play well enough. Kyrie Irving had a solid night with 34-points after shooting 50 percent from the floor (14-28). LeBron James was an assist away from a triple-double (25 points, 13 rebounds, nine assists), but didn’t nearly as aggressive as he could have played. Kevin Love returned after missing Game Three with a concussion and chimed in 11-points off the bench.

The odds were already stacked against the Cavaliers heading into Game Four, but they are practically insurmountable now. Only ten teams in NBA history have ever come back to win a series after falling behind, 3-1.

But no one has ever done it in the NBA Finals.