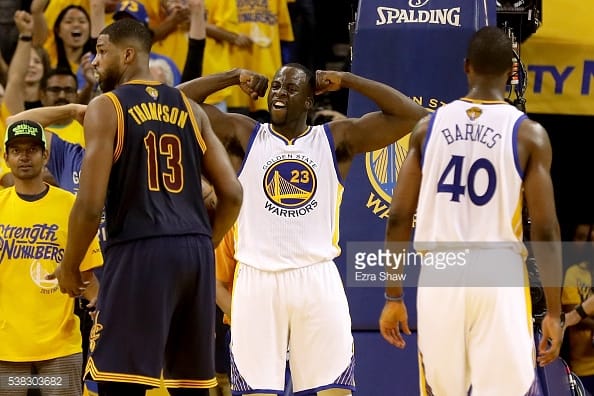 So much for the mystic powers of LeBron James in Game Twos. Heading into Sunday night’s game against the Golden State Warriors, he had led his team to victory after losing Game One of a Series nine times. Certainly his greatness will exert itself once again, right?

Cleveland Cavaliers head coach Tyron Lue had wanted his superstar to step it up a notch. Well—he didn’t. James hit 7 of 17 shots for 19 points and committed seven turnovers (Cavs had 18 total leading to 26-points for the Warriors) as his team was soundly whipped by the defending champions, 110-77.

James had hoped his pre-game gift of gold-plated Beats by Dre headphones (and an inspirational message) would give his teammates a boost, but it didn’t work. The Golden State defense made the Cleveland offense look absolutely pedestrian. Coming into the series, the Cavs had made over 14 three-pointers a game during the postseason. Sunday night they made five to go with seven from Game One.

The Warriors offense made the Cleveland defense look even worse. Draymond Green led the way for Golden State with 28-points after shooting 11-20 from the floor. Steph Curry had only 18 on the night, but only played 25 minutes. Klay Thompson chipped in another 17 points. The trio combined to go 13-24 from behind the arc.

It didn’t help Cleveland any that Kevin Love ended up leaving the game early in the second half. He took a hard elbow to the head in the second quarter, tried to return in the third, but left early after feeling dizzy.

Love, who has entered the league’s concussion protocol, may not be available in Game Three.

It actually looked good for Cleveland early on. The Cavs got out to a 21-19 lead after the first period but saw the beginning of the end start a few minutes into the second. Harrison Barnes gave the Warriors a 29-28 lead three minutes into the second, and they never looked back. Golden State ended up taking an eight-point lead into the half, 52-44.

Cleveland’s woes continued in the second half. By the time the third period ended they were behind by 20. Halfway through the final period, the deficit had grown to 34-points.

“I’m definitely surprised at the margin of victory tonight,” Warriors coach Steve Kerr said after the game. “It happens in the NBA, sometimes things get away from you. Sometimes shots go in, sometimes they don’t. … Everything changes when we go to Cleveland, we know that.”

James didn’t mince words while talking to the media after the game:

Heading into Sunday night’s game, Lue had said the team did not need to make any significant changes; that it just needed to convert. After shooting less than 40 percent from the floor again, maybe he’ll realize he needs to make a change or two. If he doesn’t his team may end up getting swept.

Unless he does, there is no reason to think the Warriors will not sweep the Cavs.